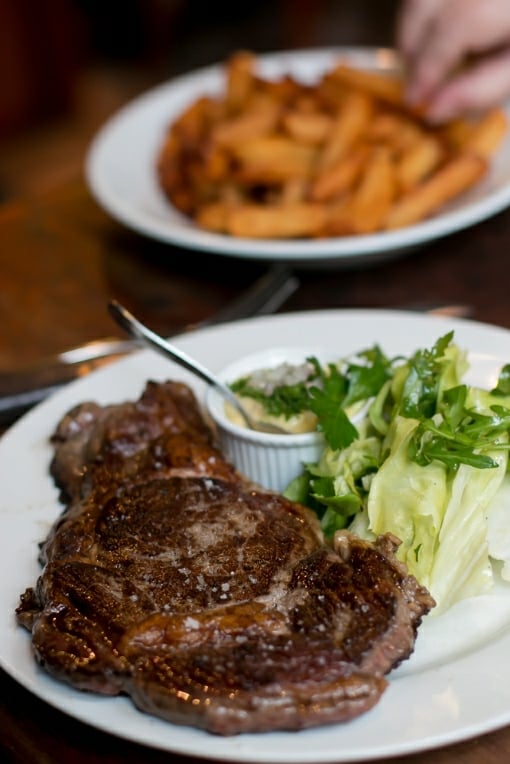 (UPDATE: Café des Musées changed owners in the Fall of 2014 and I’ve heard mixed reports from locals and visitors. I haven’t been back since the change of chef and ownership but from all reports, it is a completely different restaurant and you should not expect to find the same dishes mentioned in this post.)

I’m not the only one who is sometimes confounded by the French language. We recently had lunch at Café des Musées and my (French) partner ordered the entrecôte. Which I was eyeing on the menu, as I always do. But since I just finished a holiday food binge of epic proportions (plus a recent trip to San Francisco, where I gorged on tortillas, chow fun, and burritos), I decided to be a little more prudent and order the daily chalkboard special, a game dish that came with a salade de saison. 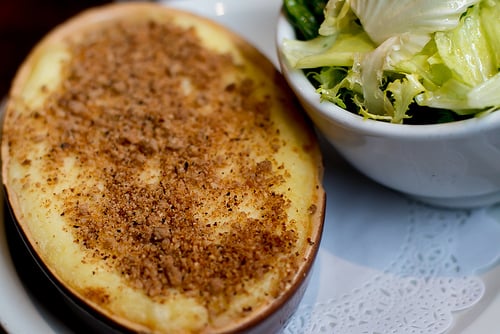 Americans have an interesting relationship with steaks and beef: Before ordering, most people want to know what cut they’re going to get. Fair enough, as the French have their own specific cuts, such as bavette, onglet, rumsteack, and faux filet, among others. Much to visitors chagrin, they don’t all necessarily correspond to American or British (or other) cuts of beef that visitors are used to.

And although Americans are used to eating a wider swath of foods than we’re given credit for, most of us want to know exactly what is coming when we order our food: we want to know how it’s going to be cooked, what it’s going to be served with, if there is sauce with it – and often, if we can modify it in some way, and if we can take the rest home if we don’t finish it all.

(Since cuts of beef aren’t my area of specialty, I’ve been know to carry around a diagram of a cow with the French beef cuts denoted, showing which cut comes from where, and let them fend for themselves. Yet sometimes the menu or chalkboard descriptions are a little obtuse, like pièce du boucher or morceau de bœuf, which are “selection of the butcher” and “piece of beef”, respectively, which prompts a lot of questions. And for those times, I usually excuse myself to use the restroom and come back after they’ve ordered. Which I hope doesn’t make me a bad friend.) 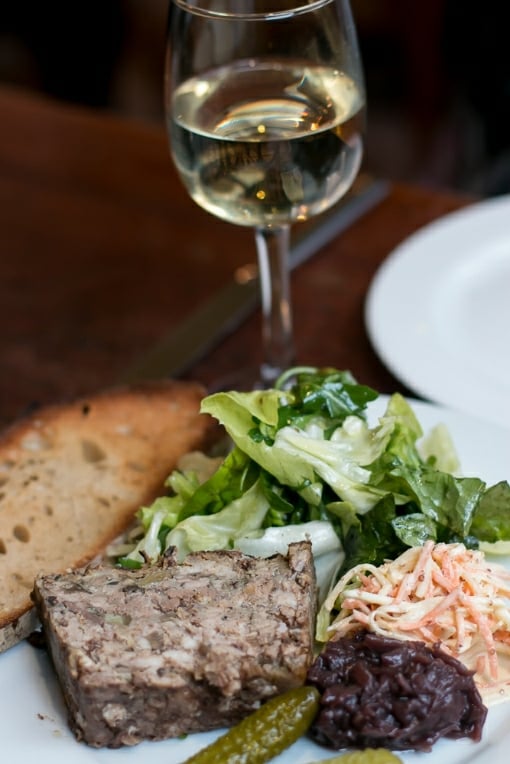 Entrecôte is a cut of beef that is often served sliced, with sauce, at such places like the aptly named Relais d’Entrecôte, which only serves one thing: Steak frites. Or I guess I should say Entrecôte frites, because I was corrected that entrecôte is pas de steak, but…well, entrecôte. Oddly, I always thought a piece of meat thrown on the griddle could be called a steak, as well as stretching the definition to include derivations, such as steak burritos and, um, salmon steak. But during our deliberations, I decided not to pull up a picture of a Philly Cheesesteak, trimmed into a million little pieces with – mon dieu, melted American cheese poured over it – as I thought that might be pushing my luck. 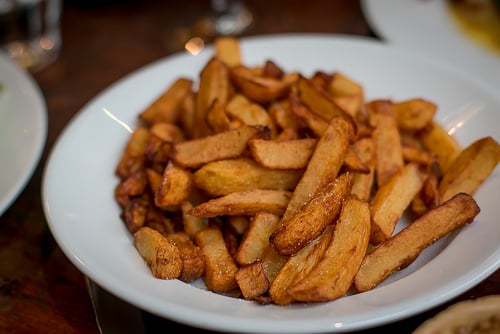 Never wanting to lose a bet bottle of Champagne, I checked my handy The A-Z of French Food, and the only listings under steak were haché (ground) and tartare (raw.) It does translate entrecôte as “beef ribsteak” – so I’m still not sure if a piece of meat that is grilled is a steak, but when I pull up to the table, I’m over racking my brain to get to the bottom of what things are called; I want to eat. (And after all that discussion, I could use a glass of wine as well.) 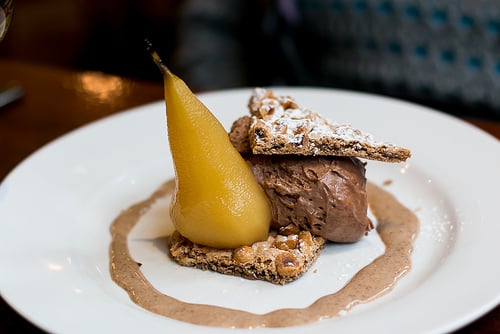 At Café des Musées, their grilled piece of beef, served with French fries, is great. The meat is seared so it gets a nice crust, rather than some of the ropey-dopey steaks you come across, and the French fries are freshly made from real potatoes and cooked until crisp and brown. The portion is so generous that you can afford to share them with tablemates. (Although I always dive in first to make sure I get the extra-crispy ones.) The preferred condiment is a little ramekin of creamy sauce Béarnaise, flavored with shallots, although they’ll bring you mustard if that’s your thing. 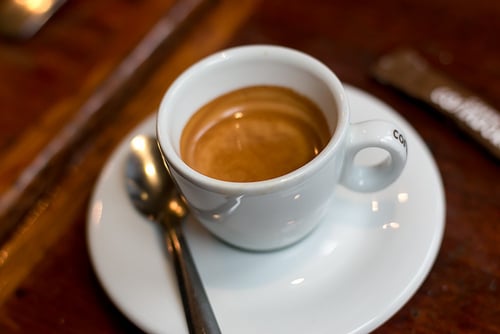 Like everything in the restaurant, including an excellent terrine served with a zippy little carrot slaw, and housemade desserts, the coffee is well-made, too. In a city where coffee-conscientious is increasing, it’s nice that you don’t have to leave and go to one of the newer hotspots in Paris to get a good cup of coffee. The café express is the perfect ending to a meal. Or whatever it’s called in your language.

Where to Find the Best Steak frites in Paris