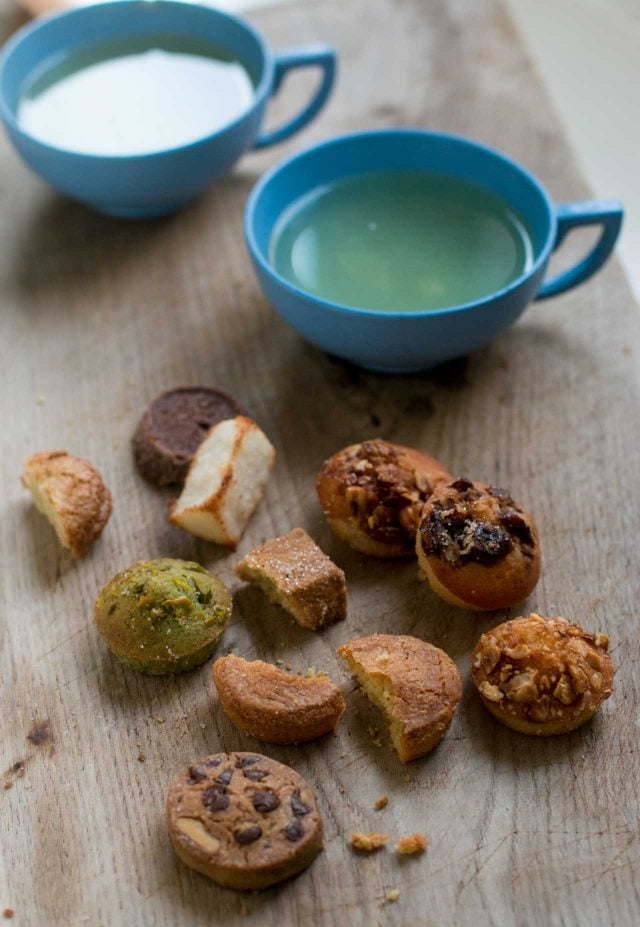 From the outside, Compagnie Générale de Biscuiterie is a low-slung place, resembling a workshop of some sort, rather than a pâtisserie, located on the way up to Sacré Cœur, in Montmartre. I made the trek up there to check it out because I was interested in the one thing the low-key place makes: cookies.

The French use the word “cookies” primarily to refer to chocolate chip cookies, but they have several other words in their vocabulary for the bite-sized treats, including (but not limited to) madeleines, sablés, petites gâteaux, croquantes, palets, galettes, and biscuits. No matter what you call them, I like them all. 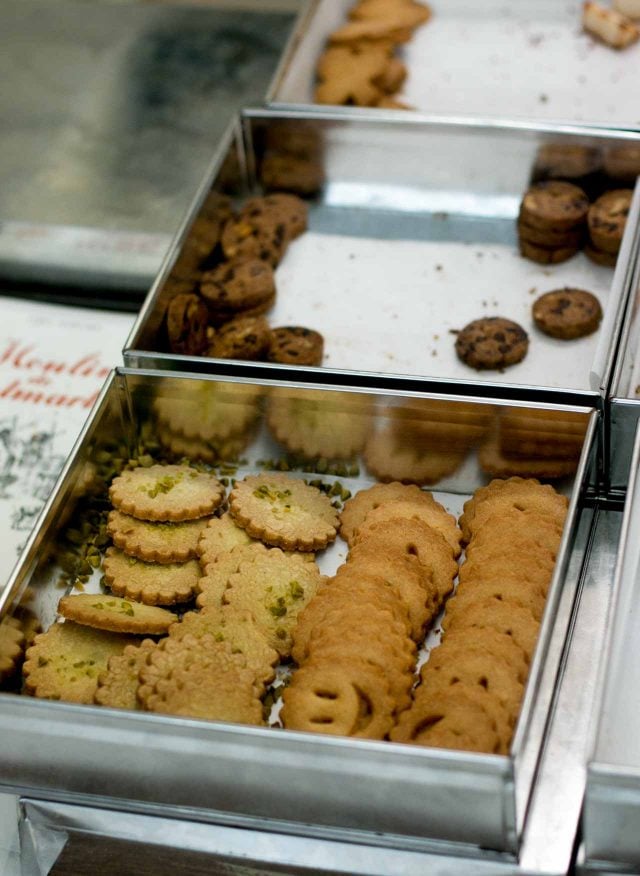 I heard about the biscuiterie because apparently the shop had a press opening and saw a few articles that attendees posted about it a while back. I’m not always so savvy about those things and feel like a dork standing there on the sidelines. And there was that one time in the Marais that I got chased by the owner down the sidewalk, who thought I was a freeloader. (Hmmm…maybe I was?) Or the messages are to attend events in far-away places, or have nothing to do with me, i.e.: samples of Paleo jams, New Year’s Eve events in Sri Lanka (yes, really), and male “enhancements” that, although I’m in my mid-fifties, I’m not quite ready for. (Although I should probably hold on to some of those for the future.)

Rather than being herded into a room with people vying for a little taste of something, I kind of like to sneak in on my own and do some sampling that way. (That said, I do sometimes go to places with people who work for the shops, so I can meet the staff or the chef, and see what’s going on in the kitchen.) Sometimes, though, you scratch your head at what some publicists do. I’m still smarting from the time I got multiple invites from the publicists to a restaurant opening in Paris. I decided to go, but when I got to the door, the publicists didn’t want to let me, because they weren’t convinced I was going to “place” my story in a newspaper or magazine of their liking.

More recently, I went to a book party for a bartender at a swanky hotel that he presides over. I’m not obsessed with freebies but the servers kept passing me by with taste-sized glasses of the drinks they were offering everyone else. At one point, the bartender did put an appetizer in front of me…then slid it away a few seconds later, giving it to someone else down the bar. 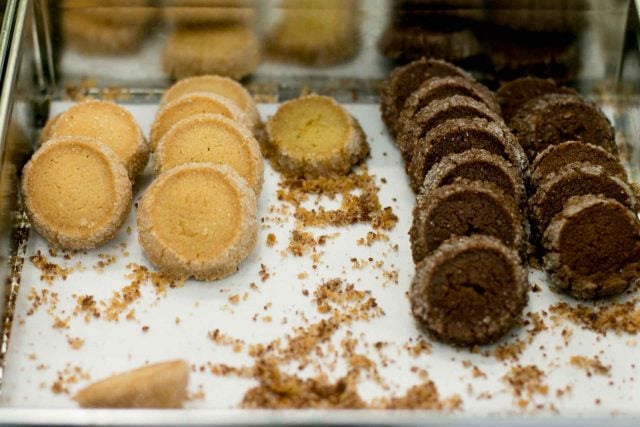 That said, press events are nice because if the staff is on-board, you can taste a variety of things (in taste-sized portions), and no one minds if you take pictures, which can sometimes require a bit of cajoling to do in pastry shops and bakeries. Oddly, some of the ones in Paris that notoriously forbid photos have Instagram accounts. On the other hand, chocolatier Patrick Roger told me that he likes when people take photos because they are enjoying his work and sharing it. It makes him happy.

So I sometimes need to be extra-wily getting pictures and have been on the receiving end of a few reprimands. Some are wary because they don’t want people to think the place is messy – they might have flour on the counter, chocolate shavings scattered about, and in one instance, they didn’t want the burnished, time-worn oven mitts they used to remove searing hot breads from the oven in a photo because they were too funky. (Of course, that was precisely what I wanted to take a picture of.) But I find beauty in the aftermath of a baking project or a generous meal, sometimes more so than the finished, highly polished treats. The clerk at Compagnie Générale de Biscuiterie was happy to let me take a few shots, which I got in quickly.

The downside is that I’m no pro at multi-tasking (which is why some bloggers are hiring professional photographers – I’m hiring one, after I get a copy editor, translator, travel agent, dishwasher, and placate my on-site coding expert) and I was so busy picking out which cookies I wanted between clicking the shutter, that I realized I hadn’t taken enough shots when I got home. That was my fault because I’m also timid and didn’t want to take up too much of the clerk’s time or be a bother. The upside is that I took all the cookies home, made some tea, and sat down to work my way through them.

What’s fun about Compagnie Générale de Biscuiterie is that you can mix-and-match from the selection of cookies made by Gilles Marchal, who was the pastry chef at several three-star restaurants in Paris and worked at La Maison du Chocolat – who now has Le Bistro de la Galette restaurant, and Gilles Marchal bakery, both nearby.

Sugar-crusted vanilla squares (called Kipferls alsaciens) came home in the assortment with me, as well as macarons (the à l’ancienne type, not the sandwich-type macaron parisien), financiers with pistachios and topped with hazelnuts, and crisp les cookies, which, to someone like me who prefers their chocolate chip cookies to be chewy, I was prepared not to like, but they were very good. A little neater than their messier American counterparts. The triangular bars of coconut rounded out the selection, as did the chocolate sablés with a touch of sea salt, And for those who think that Paris is full of unsmiling faces, there are smiley sablé cookies guaranteed to cheer you up. 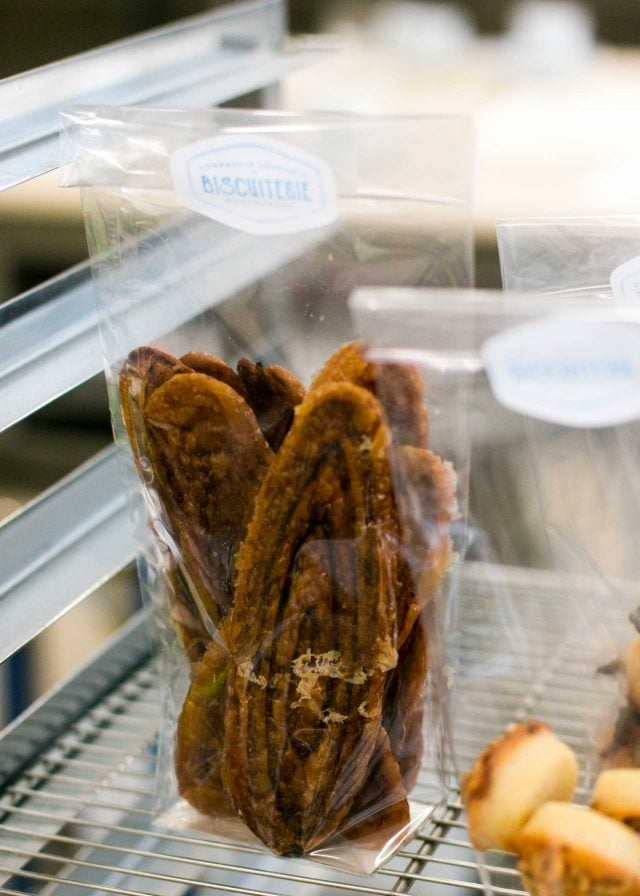 Arlettes weren’t available “by the cookie” when I was there, just in bags. According to the clerk, they come out of the oven at 3pm. The cookies are €6,50 per 100grams (about 3.5 ounces) – I bought twenty cookies and they cost me €13. A nicely packed tin box is €30, which I didn’t treat myself to.

If you’re in the area, there is a communal table adjacent to the kitchen, so you can be part of the “action” if they are baking on weekends, when the large wooden table turns into an informal Salon de Thé, (tea salon), if you’d rather enjoy your cookies…or galettes…or palets…or biscuits sur place…where no one is going to shoo or chase you away. 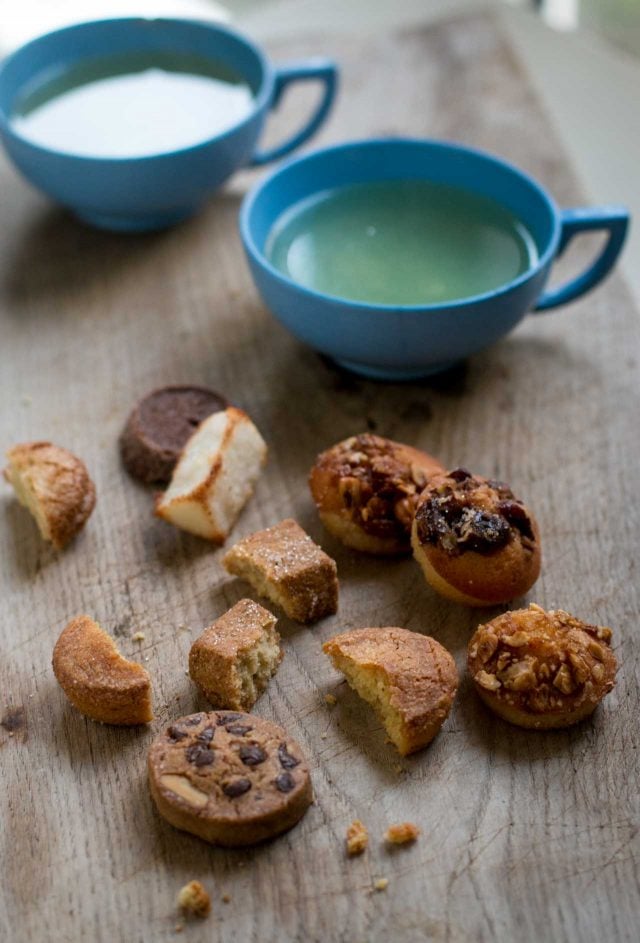 The tea salon is open Friday, Saturday and Sunday, from 3:30pm to 6:30pm.
(Hours subject to change.)