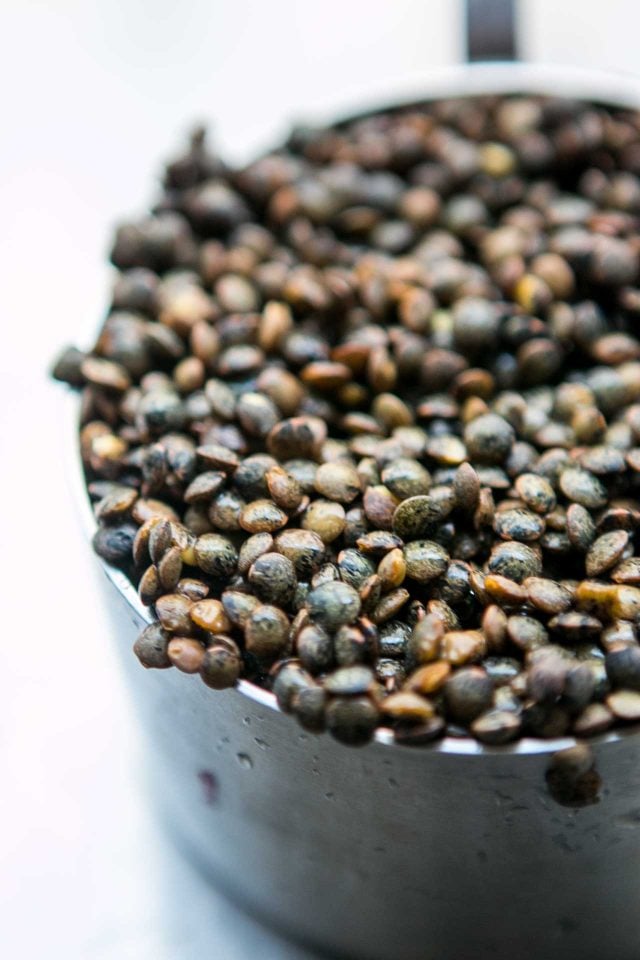 What f I told you that there was a caviar you can buy for around 3 bucks per pound? You might say, “David, you’re crazy!”

Well call me fou (which wouldn’t be the first time…) but lentilles du Puy, the French green lentils from the Auvergne, are not called ‘the caviar of lentils’ for nothing. I’m sure many of your out there might lie awake at night, staring at the ceiling, thinking, “Gee, I wonder if David’s right, and there really is a difference between ordinary green French lentils and lentilles du Puy?”

I will save you a sleepless night and say, “Yes!”…there is.

Lentils from Puy are indeed the most fantastic lentils in the world and I’m one of their biggest fans. I didn’t think it was possible to get so excited about a grain (well, they’re actually a ‘pulse’, but that sounds funny) until I tried them. Their unique, nutty flavor is attributed to the volcanic soil they’re grown in, sans fertilizer, which gives them their fine, mineral-rich taste. The climate in the Auvergne also contributes to their unique texture: a lack of humidity and abundant sunshine, courtesy of the surrounding mountains and volcanic deposits, ensures that the lentils dry on the plant all by themselves. Consequently, lentilles du Puy have less starch than other green lentils, so they don’t get all mushy and muddy when cooked like those hippy-dippy soups people used to make.

So how does one know if they have real lentilles du Puy as opposed just ordinary French green lentils? 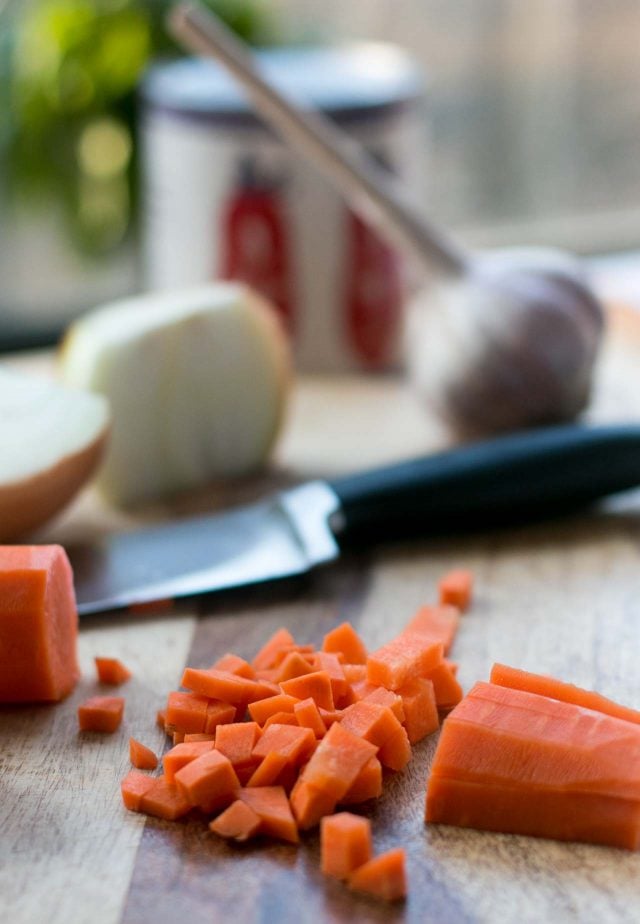 It’s simple; look for the AOC seal on the package, which certifies they’re truly lentilles du Puy, and not tiny, disk-shaped, vastly-inferior impostors. And they will say du Puy too. And don’t be tempted to buy the less-expensive, ordinary French green lentils which cost about a third of the price. Believe me, there’s no comparison.

I always keep a bag of lentils from Puy in my pantry since they can be prepared really quickly and they’re a great side dish, equally good served warm or at room temperature. They make a great accompaniment to everything from grilled fish to roast pork, or even a vegetarian dinner alongside baked butternut squash or pile of caramelized roasted root vegetables like parsnips, celery root, and carrots. I like this lentil salad best when the diced carrots, onions and fennel are sautéed in olive oil until just-tender, then mixed into the warm lentils along with the vinaigrette. The fennel isn’t necessary (well, neither are shoes) but it’s quite nice if you like it. You can also simmer the vegetables along with the lentils if you want to save a step but be sure to add them to the vinaigrette while warm, which helps them absorb the dressing. Be sure to use very good olive oil for the vinaigrette: yes, it does make a difference! No cheating. I use Spanish arbequina oil that’s fruity and really quite delicious. Since les lentilles du Puy lend themselves to so many variations, I’ve included a few at then end of the recipe to encourage improvisation.

Serve warm or at room temperature. Cooked lentils will keep in the refrigerator for 2-3 days. They can be reheated in a pan on the stovetop or in a microwave.
Some other ideas:

Dress the lentils with less vinaigrette and omit the mustard. When the lentils are cool, dress them right before serving with a very, very good-quality walnut or hazelnut oil and a handful of toasted nuts.

Once cool, add a big handful of chopped flat-leaf parsley and more fresh thyme or savory.

Add other root vegetables, like celery root or parsnips. Oven roast cubes of them in olive oil with salt and pepper until browned, then add them with the vinaigrette.

Stir a spoonful of duck fat into the warm lentils.

Crumble coarse chunks of fresh goat cheese into the room temperature lightly-dressed lentils. This is particularly good drizzled with walnut or hazelnut oil.

Although they’re available in many specialty shops, my favorite source in Paris for lentilles du Puy (and all grains) is from José Ferré’s shop:

For US residents, French green lentils from Puy can also be mail ordered here or are available in specialty shops.