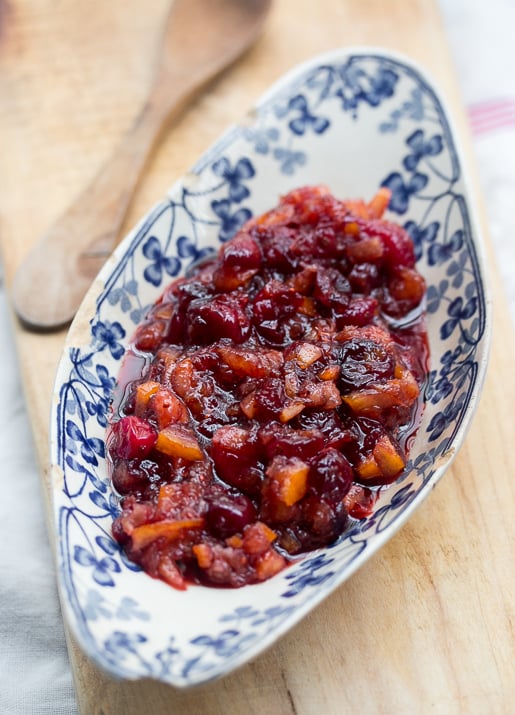 It’s easy to forget about Thanksgiving in Paris. There are no bags of stuffing mix clogging the aisles in the supermarkets. If you asked a clerk where is the canned pumpkin, they would look at you like you were fou (crazy). And if you open the newspaper, you won’t come across any sales on whole turkeys. In fact, it’s quite the opposite; a friend saw a 5 kilo turkey, an 11 pound bird, at the market the other day for €68kg, or €340 ($424).

(Although I think if you spent over four hundred dollars on a turkey, you wouldn’t forget it for a long, long time.) 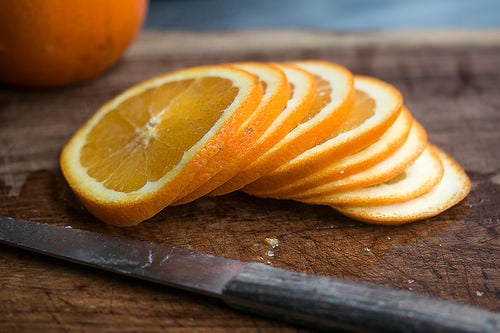 I suggested that the turkey vendor perhaps forgot a comma because whole turkeys are, indeed, available in Paris, and they actually excellent since most are fermier, not the plump whoppers you see in the states. The only thing you have to be careful about is that one turkey might not be enough if you’re feeding a large crowd, say, a group of over six people.

Savvy Americans know to order a whole turkey in advance from their butcher and – get this: You can ask them to cook it for you. Yes, since the butchers usually have spits with roasting chickens on them, it’s usually not a problem for them to slide a turkey on there. That’s especially nice because most people in Paris just have one oven and it’s hard to tie it up for the entire day with just a bird roasting in it when you’ve got so many other things to bake and cook off. 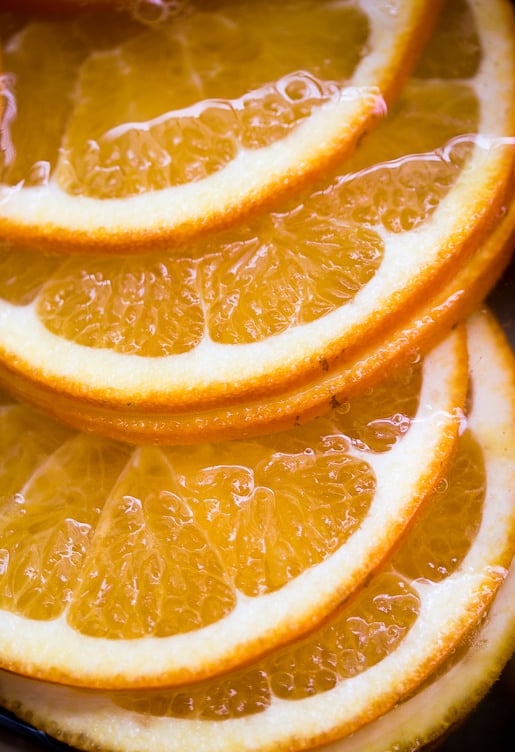 The reason I am sharing this recipe today, rather than days ago when everyone was in a tizzy posting recipes, shopping and preparing their menus, is that I kind of forgot that it’s Thanksgiving. Actually, I didn’t quite forget, but wasn’t swept up in the frenzy because this week, and today, are just like any other week or day in Paris.

People go to work and school, banks and stores are open, and no one is setting their alarms for le vendredi noir (Black Friday), although that’s starting to happen in France ever since the government loosened their restrictions on allowing sales more than the government mandated twice-yearly ones, as they did before the economy took a dip. (Tomorrow, I suspect at least one vendor selling an expensive turkey in Paris is going to have to offer a serious mark-down if he wants to sell that bird.) 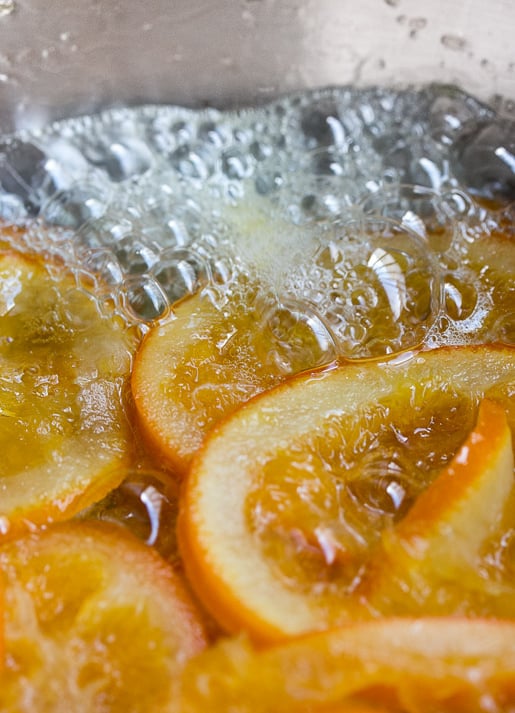 So we’re celebrating tomorrow night with some friends who are making dinner. I’m pitching in and doing some baking, as well as bringing a nice bottle of Sauternes. I also happened to have a few cans of cranberry sauce that I had brought back from the states, that I was planning to bring, just for fun.

I sent my hostess a photo and she wrote back right away, threatening to blackmail me by making my canned contraband photo public. I beat her to the punch, posting it on Instagram. But when I noticed that of the four ingredients in the can, two were industrial sweeteners, I decided to take matters into my own hands. 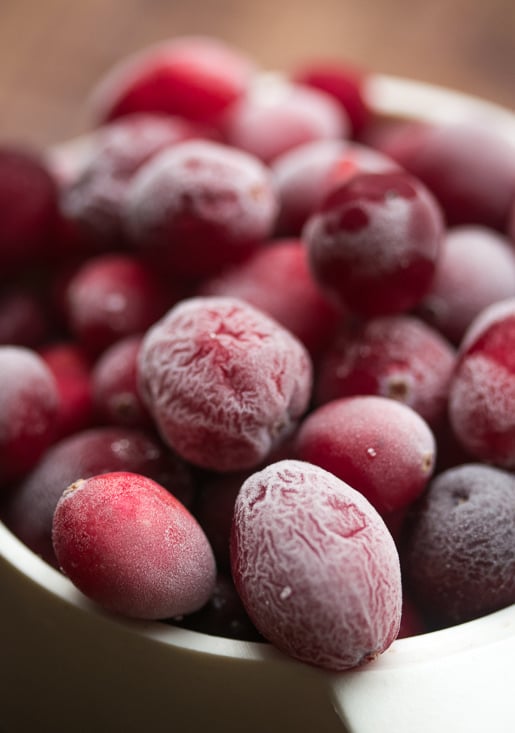 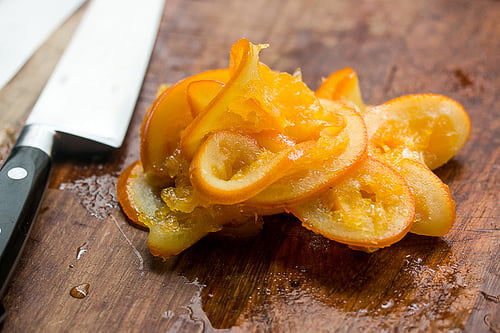 I candied some organic orange slices (which were normally priced), simmered up a syrup with the sharpness of cider vinegar and a hit of dark rum, then added my precious canneberges, cooking them ’til they popped. I stirred in the candied oranges, then packed it up, ready to go – getting a recipe in just under the wire.

Note that the orange slices may fall apart as they get close to being done. Not to worry; they’re just going to be chopped up later. If you want, you can substitute 3/4 cup (180ml) orange juice for the water that you cook the cranberries in. I use dark rum, but whiskey, bourbon, or an orange-flavored liqueur, such as Grand Marnier or Cointreau, would work nicely in its place. You can double or triple the recipe if you wish.

Serving: Pluck out the cinnamon stick and serve the sauce warm or at room temperature. Storage: The sauce can be made up to one week in advance and refrigerated. Bring to room temperature before serving.