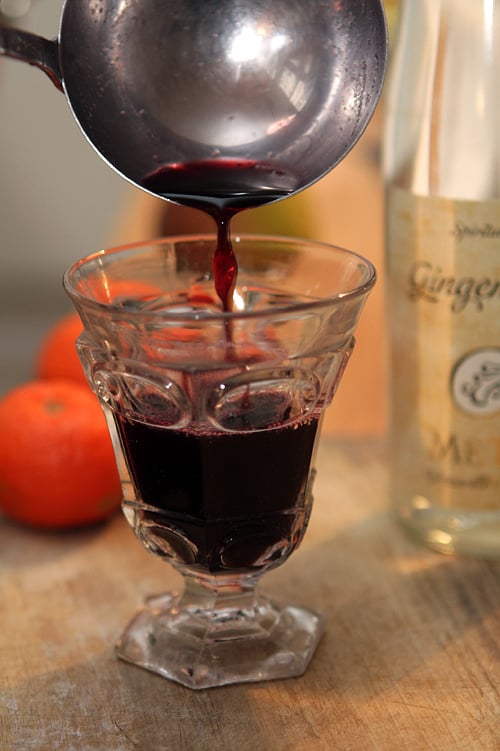 Yes, it’s winter in Paris. And while the temperature drops, folks move inside the cafés to escape the cold, except the hearty smokers, who are seemingly immune to the chill outside while they puff away on les terrasses. And while we’re all bundled up, shivering on the sidewalks as we go about our days, on café chalkboards are scrawled the words: Vin chaud.

Vin chaud (hot mulled wine) is somewhat of an anomaly in a country where wine is revered, as the idea of “heated wine”, infused with spices, is a curious paradox. I was never big on the idea myself, and preferred my wine straight up (except for rosé, on ice), but during the bitingly cold winter in Paris, I can see the appeal of the warm soothing drink, tinged with the spices of winter. 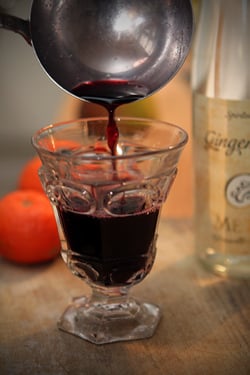 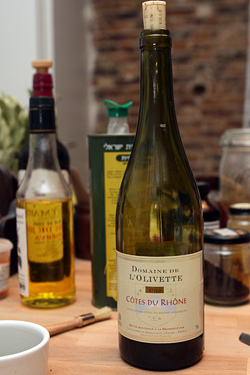 I was inspired by a recipe in The Food 52 Cookbook, compiled by Amanda Hesser and Merrill Stubbs of Food 52. And while their recipe used white wine, which sounded nice, I had a bottle of red wine that I had opened by accident; I assumed we’d all drink it the night before, but we were all too tired – which is, indeed a rarity. 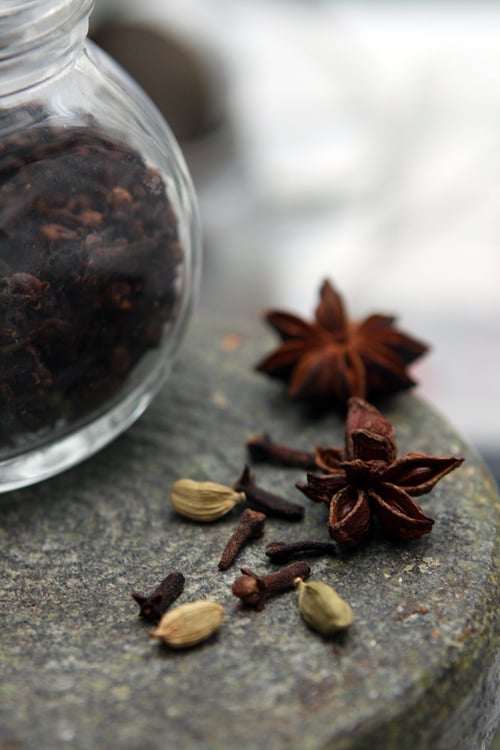 For those folks who say that you should “always use the best wine you can afford, even for cooking”, I’m here to tell you that I can’t imagine anyone in France making vin chaud with anything but inexpensive or leftover wine. (I think I’ve mentioned this before, but a sommelier told me the average price paid for a bottle of wine in France is €3,20.) Years ago a famous French chef gave me his recipe for vin de pêche (peach leaf wine), and when I asked him which wine he recommended, he said, “Non, non…use the cheapest wine you can find.”

And indeed, once you’ve heated it up with spices, any nuances in the wine get steamed away. There’s no cinnamon in this, which is nice because cinnamon tends to take over. Plus the French don’t like the overload of cinnamon that Americans do, so I was happy to see that Merrill (whose recipe is in the book) left it out. Of course, it’s a free country – assuming you live in a free country – so you can spice it up as you like. 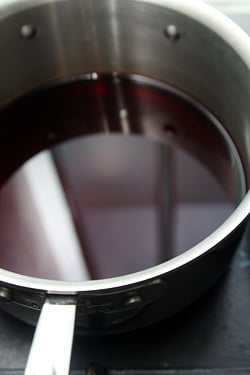 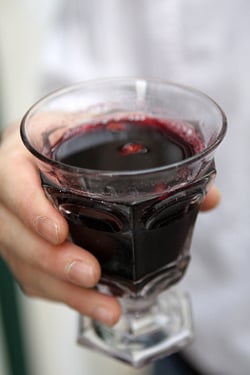 Instead of the pear eau-de-vie called for, I used ginger eau-de-vie, which I love because its spiciness, and I find it goes well with both winter and summer fruits. (And fall and spring fruits as well.) And it also goes well with mulled wine. 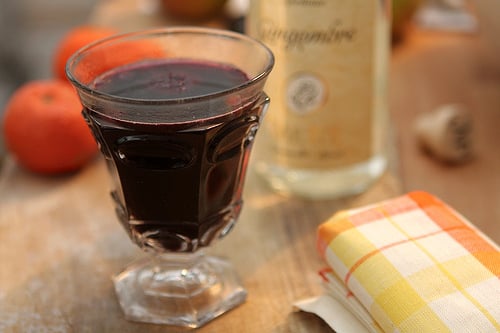 Inspired by The Food 52 Cookbook by Amanda Hesser and Merrill Stubbs, and the Food 52 community. Most people in France would leave the spices in, and serve them that way. If you do, you should alert guests that there are spices in there, or strain them out before serving. Any fruity red wine would work, such as merlot, gamay, or cotes du Rhone, or give is a whirl with white wine, if you wish. Fortifying the wine with eau-de-vie is a good idea, and that, too, can be swapped out with another favorite liqueur, such as brandy or port, although it can also be left out.
1 bottle (75cl) red wine
1 star anise (entire)
2 slices fresh ginger
3 green cardamom pods
3 whole cloves
generous pinch of freshly ground black pepper
1/4 cup (60ml) mild-flavored honey
optional: 1/4 cup (60ml) Pear Williams, or another eau-de-vie
1. Pour the wine in a nonreactive saucepan. Add the spices and honey, and bring to simmer. Turn off heat, and let stand 15 minutes.
2. Reheat the wine until it’s warm and steamy, turn off heat, and add the eau-de-vie (if using.) Pour the wine into heatproof glasses.

How to Find Foods Mentioned on this Site