Although I’ve often been critical of the French trend towards putting food in silly little glasses, called verrines, once again, I find myself eating my words around here.

On a recent trip to Ikea (I know…I know what I said…) I saw these great little glass candle holders and thought they’d be perfect for servings of something…like, say…individual portions of Tiramisu. Which are great for those of you, if you’re anything like me, who will forage around their apartment all all hours, desperately searching for something to eat. I am like an aspirateur for food and will eat anything, but have a strong preference lately for this chocolate spread I bought in Nice with bits of caramelized pears in it, crunchy organic peanut butter, and Chex party mix.

(Oh great, another thing I need to add to my ever-expanding shopping list for my trip to the states next week…)

But if something is individually-portioned, it keeps how much I’m going to eat in check. 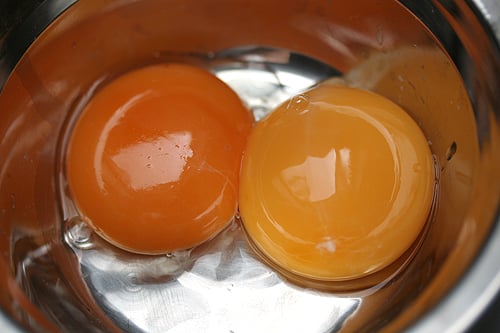 The other great thing about individual portions is that there are no serving “issues”.

No messy digging around in the pan trying to get neat servings: everyone gets their own pre-set, pre-determined portion, so there’s no bitching about something getting gypped since everyone’s getting one that’s exactly the same size. 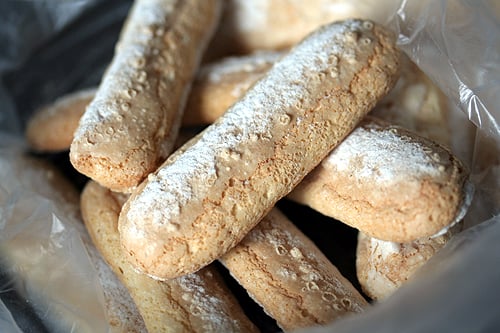 And in France, that’s really part of our rights, anyways. Liberté, Egalité, and Fraternité is the motto. And the dining table should be no exception.

I have no idea what the Italian motto is (from what I hear, things are a bit less-organized over there) but I think they’re a bit less-restrained when it comes to Tiramisu, which they invented. So I guess they can do whatever they want with it, which I do (even though I’m not even a bit Italian) by sneaking some shaved chocolate between the layers. 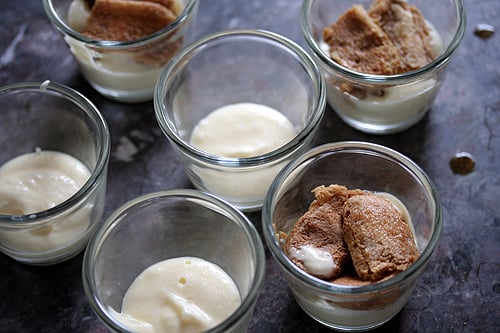 Since they invented Tiramisu, I’m in no position to tell the Italians what to do. But if they’re looking for a motto, as far as I’m concerned, they might want to consider: Mascarpone, Espresso, and Chocolate.

And these are a pretty good argument in favor of that. 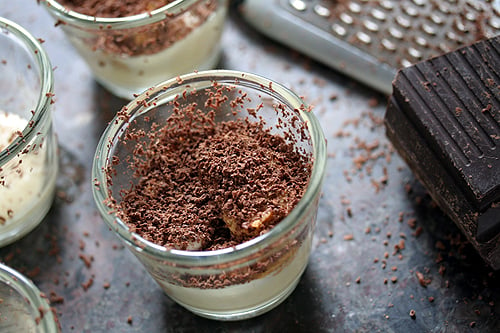 This recipe uses raw eggs, which is the traditional way of making Tiramisu. If you have concerns, be sure to use very fresh eggs, ones they that you practically stuck your hand in the chicken and plucked out for yourself. If you don’t have chickens, get your eggs from a trusted source. Depending on your ladyfingers, you might need a bit more espresso. But mine were super-dry and this was just the right amount. My glass containers hold roughly 1/2 cup (4 ounces, 125ml) each. Feel free to use regular custard cups or ramekins, in which case you may get four servings.
Note: I used store-bought ladyfingers, which, if you find a decent brand (one with the fewest ingredients listed), work well here. Especially when saturated and buried underneath all the other ingredients, you can save yourself a bit of effort. If you want to try your hand at making your own ladyfingers, you can find recipes at La Tartine Gourmand and Tartlette.
Pin329
Share32
Tweet
361 Shares