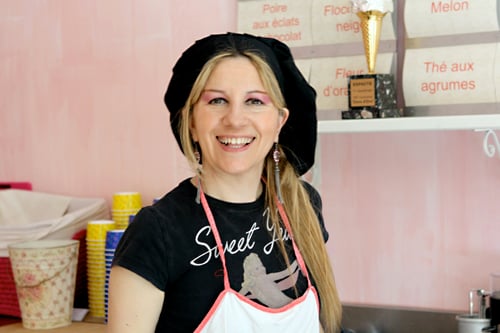 Perhaps it’s because Italy is so close to France they just leave it to the Italians, who are doing a great job of opening up places in Paris that become instantly popular once word gets out about them. La tête dans les Olives, La Briciola, and Olio Pane Vino are some of the places that serve terrific Italian food and are very popular.

Gelato has also taken off in Paris, too, and places like Pozzetto and Grom are serving Northern Italian-style gelato in Paris. Rich and thick, you’ll see less emphasis on lightness and more concentrated mixtures, sticky and dense with hazelnuts and chocolate. And now, a new gelato place has opened: Pastelli. 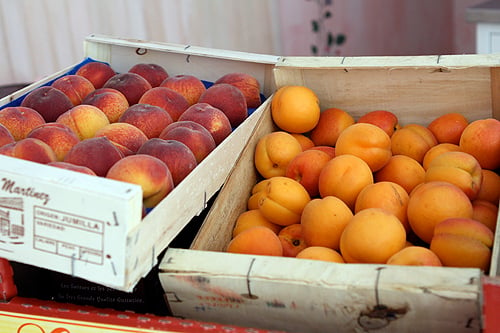 Mary Quarta’s gelato shop is full of quirky charm: from the pink-handled gelato spades to the frappés (milkshakes) with your choice of flavors, I have a feeling each subsequent time that I go back, something is going to be different. I’m not sure what to expect, which is good, because that means she’s keeping things flexible.

Mary speaks little French, or English, so most of the conversation I had with her was done by mixing a little of each…with a lot of Italian, extracting the right words and ingredients from each language, which somehow all come together like a smooth batch of her Tiramisù gelato. 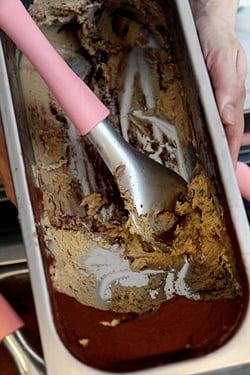 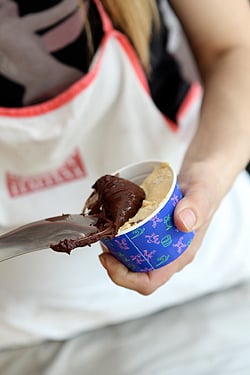 When it was time to decide on which flavors I wanted, my first choice was crème à la nougatine, which brought a big smile out of her and made me assume I’d made the right choice. She pointed at a lone glass jar on the counter with crackly shards of housemade almond caramel and said those were what she used to crumble into the gelato.

After she handed my ice cream over, which was paired with chocolat extra fondant, I took a lick and immediately recognized the chocolate as Domori, which surprised her a bit since Italian chocolates aren’t well-known here. I haven’t met many chocolates I don’t like, and although all the other flavors looked interesting, in spite of my hemming and hawing at the counter, I invariably choose chocolate as one of my flavors. It’s a decision I rarely regret, and this shiny-dark chocolate gelato was no exception. 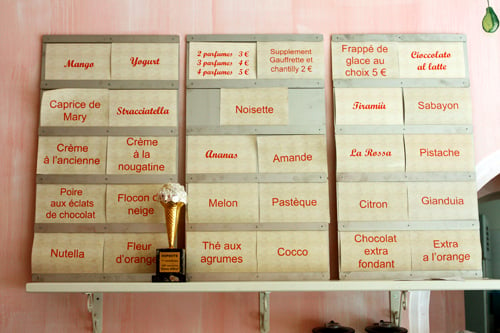 We all love Paris because of its past and its rich culinary history is certainly impressive. So it’s interesting to see how these places are being added, accepted, and folded into the grand menu of offerings on the Paris food scene. I hope a lot more small places like these open, with the owners working the counter as well as in the kitchen, sourcing fresh ingredients and serving them to contented customers. These are the kinds of places I like to patronize, whether or not they’re owned by French, Italians, or Americans. Good food doesn’t have any borders and I’m glad to see these places being given such a warm welcome, and are flourishing, in Paris.

The Ice Cream Shops of Paris

Making the Perfect Espresso at Illy