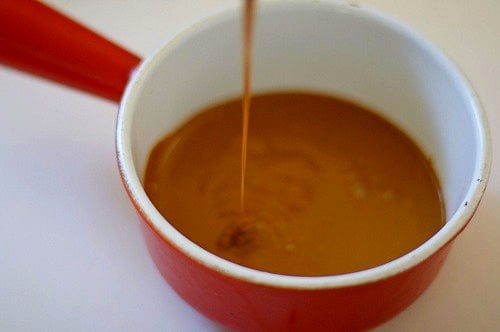 I don’t like to make promises I can’t keep. So when I posted on my classes at the L’école du Grand Chocolat Valhrona, everyone began clamoring for the secret technique for the caramelized white chocolate that was shown. Technically, even though I didn’t promise anything, I can’t say I blame you—if I saw a picture of it, I’d want to know how to make it, too. 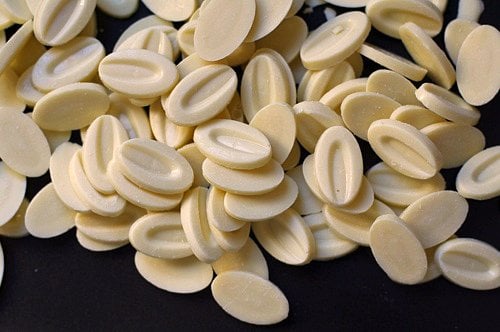 Since I was otherwise engaged in dipping something that day at school—or more likely, dipping my hands in something—when they caramelized the white chocolate in the adjacent ovens, I didn’t follow along. (Which, I swear, had nothing to do with staying up late drinking Côte du Rhone.) So I e-mailed chef Alex Espiritu who gave me some tips. And as a follow-up, Valrhona generously sent me 3 kilos of their top-notch Ivoire white chocolate to play around with. Let’s hear it for free chocolate! (Or more specifically, let’s hear it for having another big bag of chocolate to dip my hands in around here.) 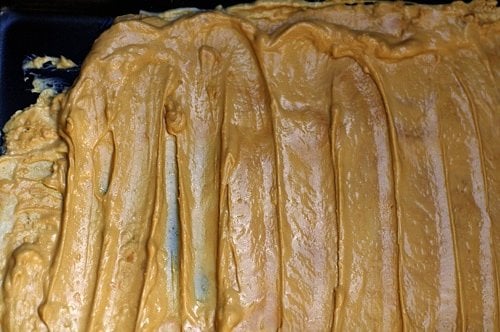 Ivoire is 34% cocoa butter, which is higher than many other white chocolates, but I don’t see any reason why this technique shouldn’t work with one with a lower cocoa butter content*. Of course, be sure to use real white chocolate, and stay away from those silly imposters that deceptively call themselves “white coating” or something like that.

This is pretty simple and anyone could do this; all you need is a block, or some fêves of white chocolate, an oven, and a baking sheet. Just be sure not to let any drops of water get near the white chocolate at any time, which can cause it to seize and ruin the whole thing. 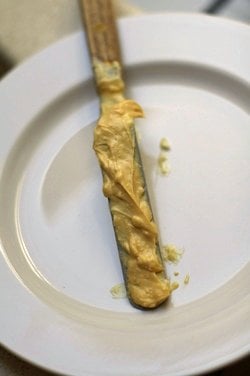 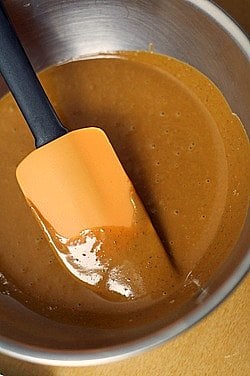 So here’s the recipe and the technique for you. As for me, I’m playing with a few ideas for using this and my mind is racing with possibilities. I’m thinking it would make a cerveau-blowing glaze for a chocolate-coffee cake, a topping for sticky buns or even white chocolate-sour cherry scones. Maybe fill some macarons?

How about swirled into a batch of ice cream infused with spicy fresh ginger? Or layered into vanilla ice cream studded with candied fresh cherries?

And then there’s butter pecan ice cream, which could certainly be improved with a few ribbons of this looping through each scoop. My head is spinning, as my ice cream maker is certain to be doing a little later on this afternoon.

The original recipe said it should take 20 to 30 minutes at a slightly-higher oven temperature. Mine took about twice that long, but I baked it a lower temperature since I was concerned about overcooking the white chocolate. Note that this is a recipe more about technique than one to be followed strictly to the letter. So if you think your batch is done before the time indicated, then it’s likely done. Basically what you’re doing is checking the chocolate every ten minutes and giving it a good stir to promote the caramelization. The only danger is overcooking: you want to cook it until it’s the color of natural peanut butter. If you do overcook it and it gets grainy, you can press it through a fine mesh sieve and it’ll be just fine. Update: Because of variations in white chocolate, if you’d like to ensure that the white chocolate will melt more smoothly, add 1 or 2 tablespoons of unflavored vegetable oil or cocoa butter (not regular butter), to the white chocolate at the beginning of the process.
12 ounces (340g) white chocolate, a block or in fêves (as shown)
pinch of flaky sea salt
Preheat the oven to 250F (120 C)
1. Chop the white chocolate it into coarse pieces.
2. Distribute the white chocolate on a rimmed baking sheet and heat for ten minutes.
3. Remove it from the oven and spread it with a clean, dry spatula.
4. Continue to cook for and additional 30-60 minutes, stirring at 10 minute intervals. At some points it may look lumpy and chalky (and even unpleasant), but keep stirring and it will smooth out and caramelize.
5. Cook until the white chocolate is deep-golden brown, and caramelized. Stir in a good pinch of sea salt.
If it’s lumpy, scrape it into a bowl and smooth it out with an immersion blender, or in a food processor.
Store in a jar, at room temperature, until ready to use. It should keep for several months, if stored in a cool, dry place.

Note: I did try this with ‘supermarket’ white chocolate, which probably had the minimum of cocoa butter (20%) and it was quite chalky and hard to stir. When it was done, I blended it with heavy cream and it was nice and smooth. But be aware if you use a white chocolate with a low cocoa butter content, it will be quite dry during the caramelization. Check the package and look for one with a high cocoa butter content, boasting at least 30%, for best results. 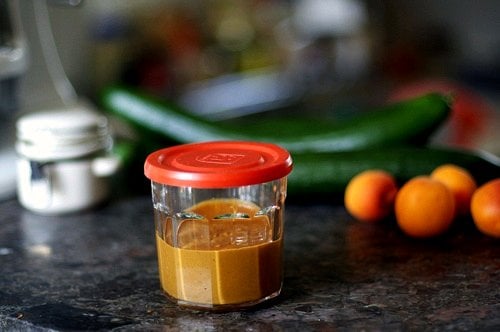 What is white chocolate?