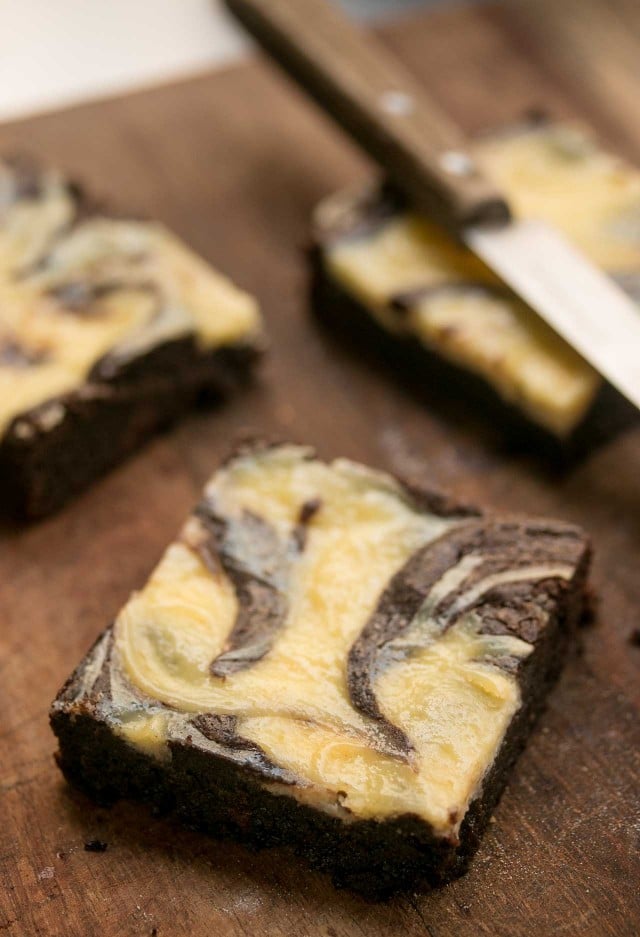 If you want to see a normally unflappable Parisian go into a little bit of a crazed frenzy, you don’t need to watch their reaction to me mercilessly butcher their beautiful language. One just needs to utter a single word — cheesecake. As soon as I took the cream cheese out of the refrigerator this morning, my French other-half started circling the kitchen counter, to see what was up. 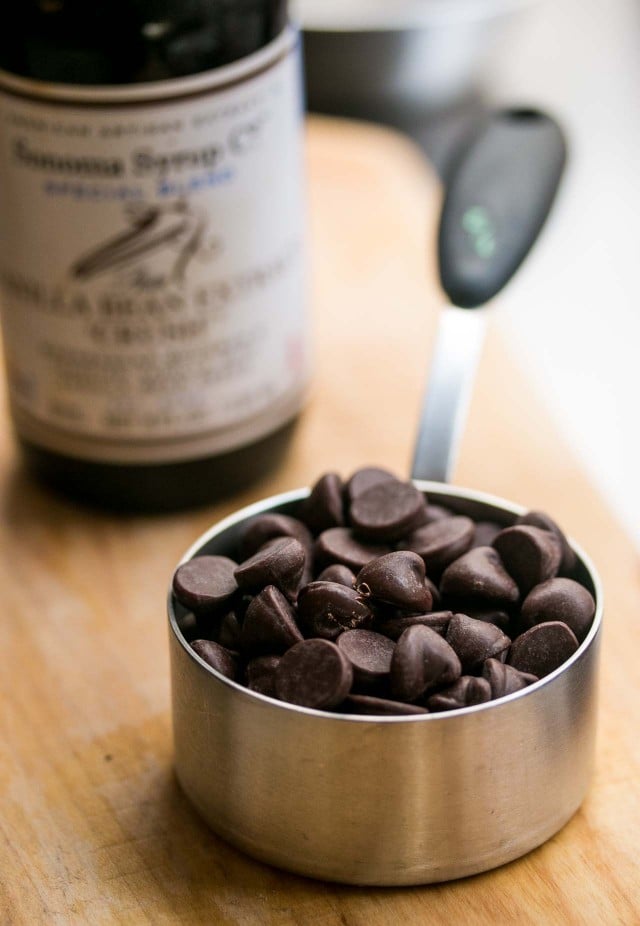 I’ve never met a French person whose face didn’t soften and melt at the mere utterance of the word, and le cheesecake is always spoken of with a reverence normally reserved for the finest French cheeses and most exclusive wines. 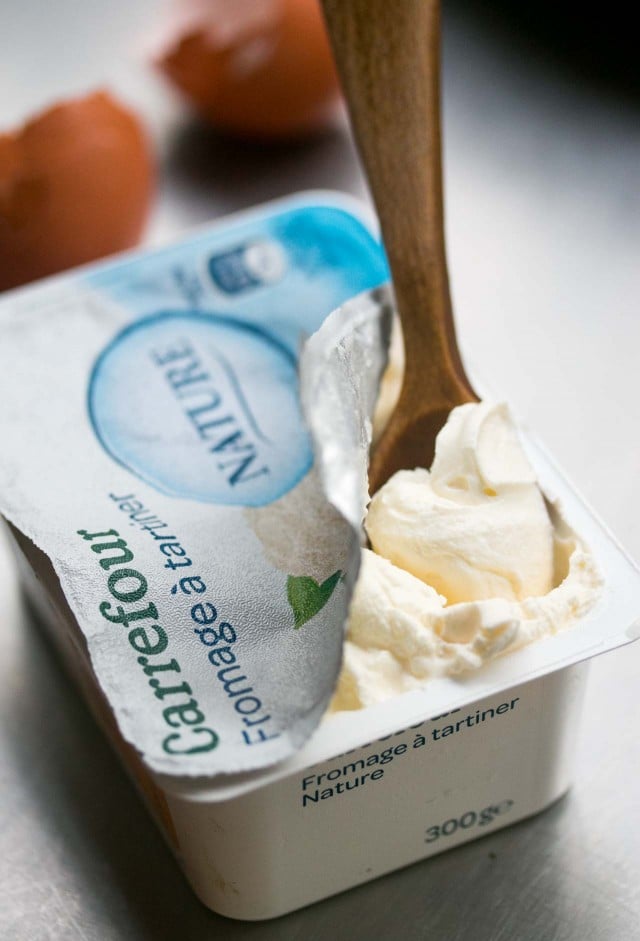 Just as popular as cheesecake has become in France, cream cheese is equally popular and is now widely available, called fromage à tartiner – or “spreading cheese.” I decide to combine the two with another popular baked good on both sides of the Atlantic, brownies, wanting to show how marvelously the creamy topping melded with rich, deep-dark brownies, in one luscious, swirly bar. 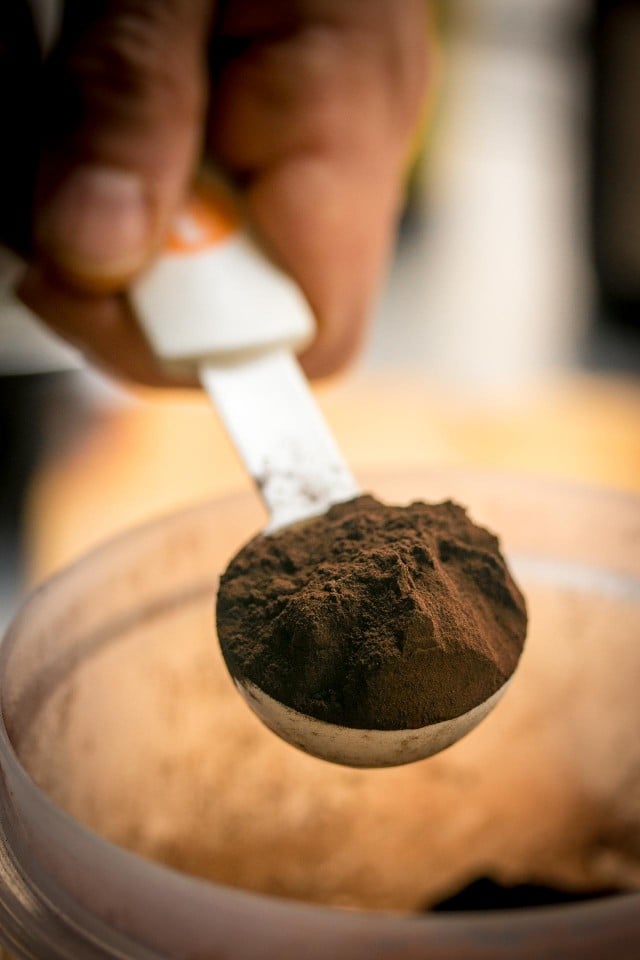 These were a big hit and I had trouble keeping them around. Thankfully I stored a few in the freezer for myself, so I have a stash for the future. Am not sure if French people are ready to enjoy brownies straight out of the freezer, but that’s okay, because I won’t feel so bad about not sharing all of them.

Adapted from Ready for Dessert (Ten Speed) For those of you who like higher brownies, use an 8-inch (20cm) pan.

For the cheesecake topping

Storage: These cheesecake brownies will keep in an airtight container for a couple of days. They also freeze well for up to two months. I recommend freezing them individually so you can remove them one at a time.
Pin465
Share437
Tweet
902 Shares