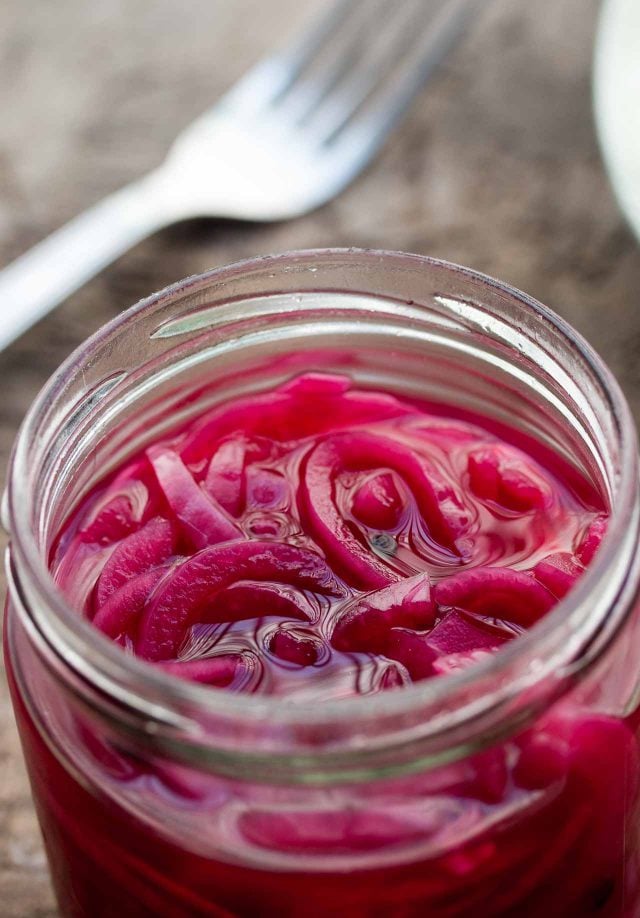 I’m a big fan of any recipe that uses minimal ingredients—but has maximum impact. And I especially warm up to a recipe that’s also easy to make. And these tangy, sharp, and beautiful Pickled Red Onions fit that bill.

I recently made a fantastic red chile-cooked pork shoulder, similar to red chile braised beef and served these onions alongside, with some tortillas. They have a stunning red color, which always surprises French guests. Red onions are considered sort of a specialty in France and are four times the price of regular onions, so they’re not used quite so often. 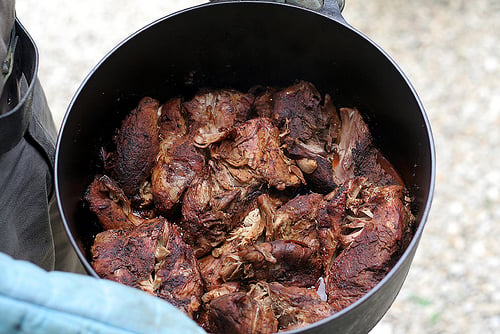 But if you live somewhere where onions prices are equivalent, revel in as many red onions as you can, and feel free to double or triple this recipe. As Joni Mitchell sang, you don’t know what you’ve got ’til it’s gone. 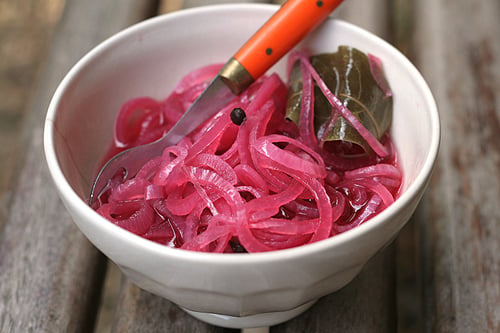 I don’t think she was singing about onions, although these pickled ones are certainly something to sing about.

Inspired by recipes at Ms. Glaze and Simply Recipes. These onions make a over-the-top side dish and I serve them not just with Mexican food, but with barbequed meats and even chopped in potato salad. Reserve any liquid and use it to add tang to cole slaw or chopped vegetable salad. You can vary the seasonings. I used allspice and bay leaves, and sometimes I add a few kernels of black pepper and cloves. But cinnamon sticks and star anise would work, and I’m thinking of experimenting with very thinly sliced cloves of garlic or carrots, for contrast.
3/4 cup (180ml) white vinegar
3 tablespoons (50g) sugar
pinch of salt
1 bay leaf
5 allspice berries
5 whole cloves
a small, dried chile pepper
1 large red onion, peeled, and thinly sliced into rings
1. In a small, non-reactive saucepan, heat the vinegar, sugar, salt, seasonings and chile until boiling.
2. Add the onion slices and lower heat, then simmer gently for 30 seconds.
3. Remove from heat and let cool completely.
4. Transfer the onions and the liquid into a jar then refrigerate until ready to use.

Storage: The onions will keep for several months, but I find they’re best the week they’re made. 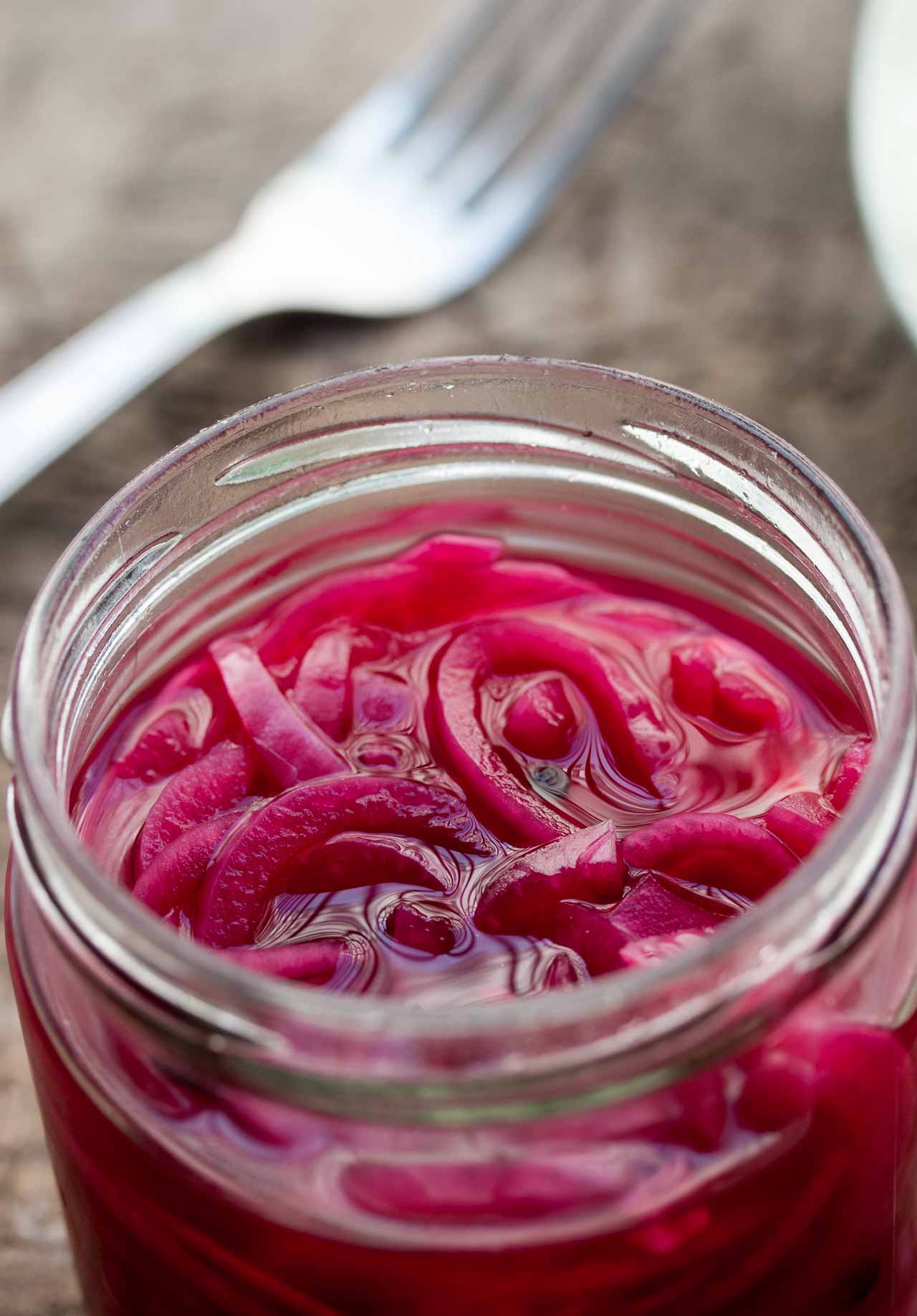