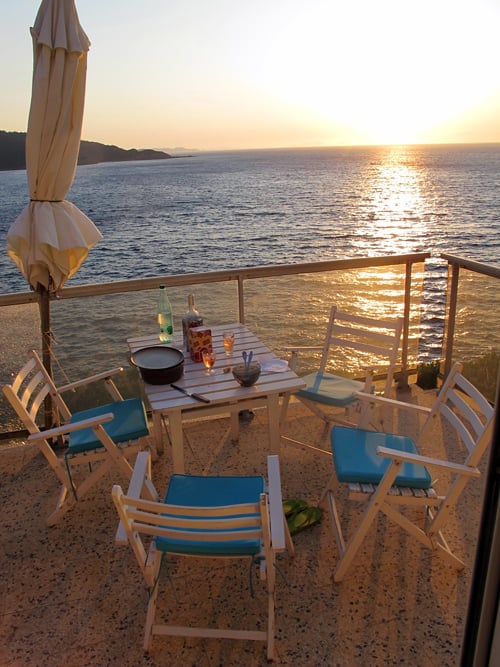 The French really have it right with the five weeks of paid vacation a good number of them get a year. It’s a great way to truly relax and one week isn’t enough. I know, because my stingy boss (…and that would be me) limited my vacation to a measly seven days. But for that one week, I took part in the annual mass exodus of Paris, because as we know, all work and no play make Jacques, or Jules – or David – a dull boy. 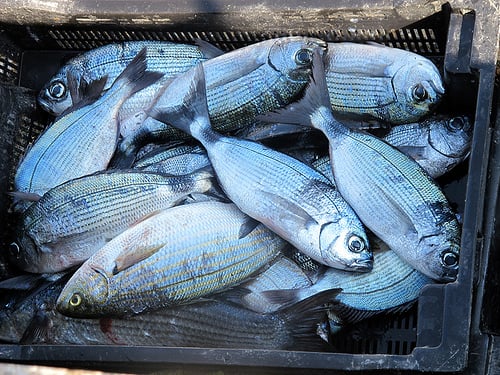 It was explained to me by a French friend that the idea of the lengthy vacation was not just a way to live-it-up on the company or government (or personal) payroll, but was conceived as part of a larger sociological goal to improve people’s health and well-being. Which may be why vacances is/are always plural; because it’s meant to be a collective activity. 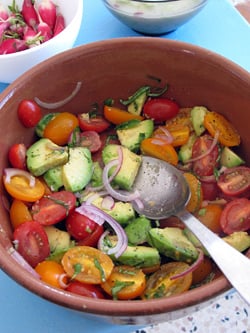 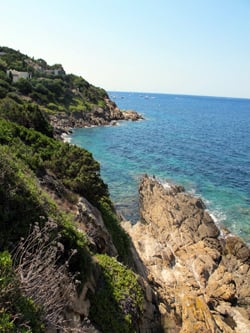 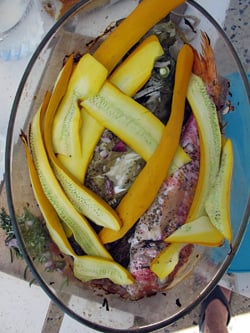 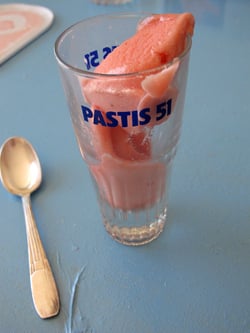 For whatever the reason was originally, the French really do take vacation seriously, and in spite of the fact that it seems like nowadays it’s a near-impossible feat to pry smartphones out of people’s hands in Paris, I once went to an international resort in Provence and was surprised there were no clocks in the rooms. They told me that the Europeans don’t like them, but in their hotels frequented by Americans they absolutely have to put clocks in the rooms. 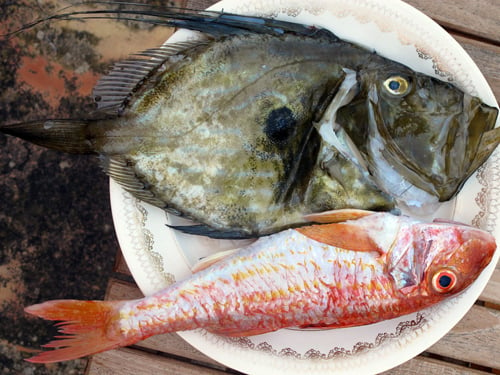 So I ended up at a remote place and didn’t bring a clock, nor did I check anything on my phone or online for a full-week in the Var, in Provence. For past summers, we vacationed in Brittany. Which is spectacularly beautiful, and not only less-touristed, but less-expensive. But while I love the foods of Brittany, which include flavors like buckwheat, honey, and cider, too many summers were spent on Breton beaches, bundled up in sweaters and scarves in August, sitting in the cold, drizzly rain, realizing why so many people flocked south, rather than north. 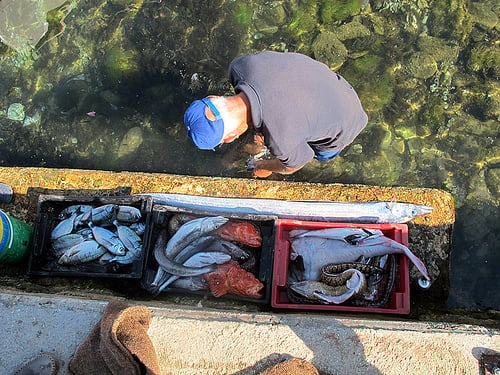 Down in the Var, the colors were spectacular and the water so blue that I was tempted to dial down the saturation when editing the photos, lest folks think I was making it up. 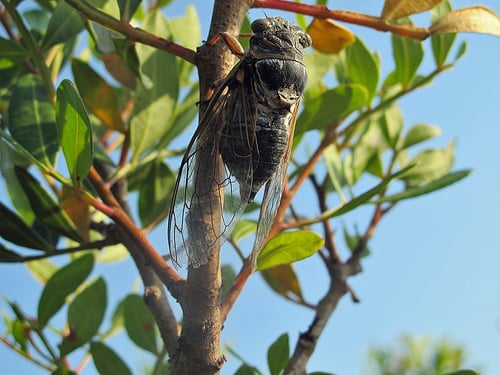 And with the furiously buzzing cicadas providing background “music”, from morning up until they wore out those tiny legs by the evening, I unplugged my iPhone and only looked at my watch so I could get to the docks before 10:30am, when the pêcheurs and pêcheuses ran out of the fish they sold from their boats.

(And to those who say fresh, local food is expensive, we bought four fish one day and the bill was around €13, which included cleaning and two very friendly smiles, along with some cooking tips. Talk about a deal!) 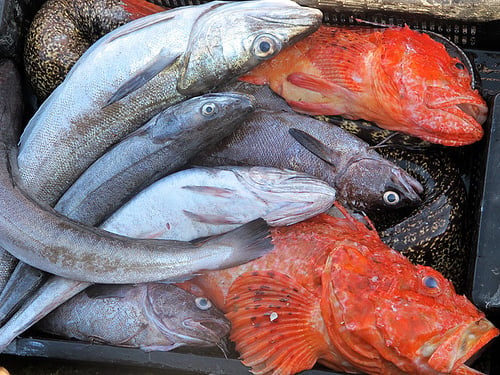 Other local residents, who were perhaps tipped off by their keen sense of smell – rather than a timepiece – were also pretty interested in the daily catch as well. 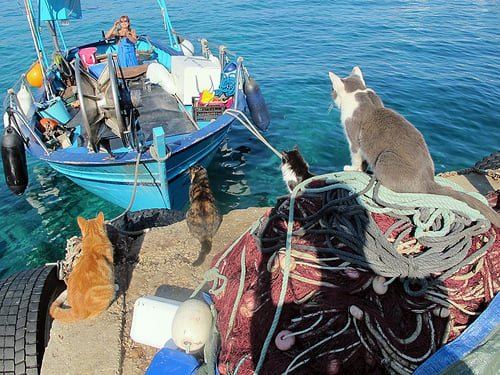 Days were spent mostly on the beach, and dipping in the Mediterranean. Because of la crise, places were less-full than normal – or so we were told (although folks tend to râle about business not being what it should, no matter what) – but being good customers, in addition to fresh fish, we ate fougasse aux olives, salade Niçoise (not this one…), and drank plenty of iced Provençal rosé. To help the local economy, of course. 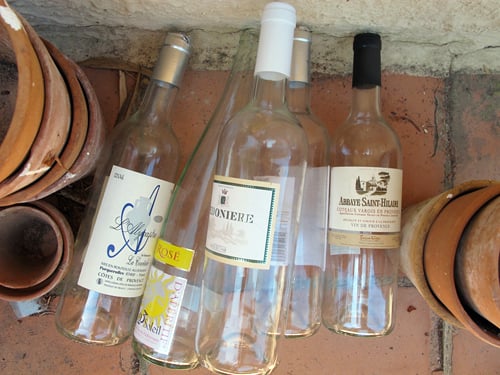 Venturing out a bit, we took a journey to a beach that I found out was naturiste obligatoire. Look, I’m all for public nudity. But as a courtesy to others, I’m not sure at my age I should participate. Still, when in the Var, do as the Varisians (sp?) do. So…

In addition to the unclad beachgoers, also enjoying the sparkling blue water were les meduses, or jellyfish. And wouldn’t you know it? I got stung right in the you-know-what. 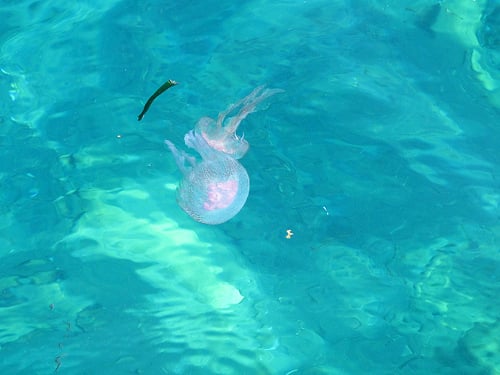 Yes, one of them nailed me right on the back of my thigh. Fortunately it was a little fella and it raised more sympathy from other beach-goers than a large welt. (But for some reason, no one was too interested in taking a very close look at it. Especially one of the fellows who I was sure was on the French Olympic swim team. Or at the least from the looks of him, could have been.) Yet it did make me hesitant to dive back in. However lest anyone thinks that French people don’t care about their fellow compatriots, in the interest of our collective well-being, folks would do a routine sweep of the water wearing goggles, signaling to others that the coast was clear of les meduses. 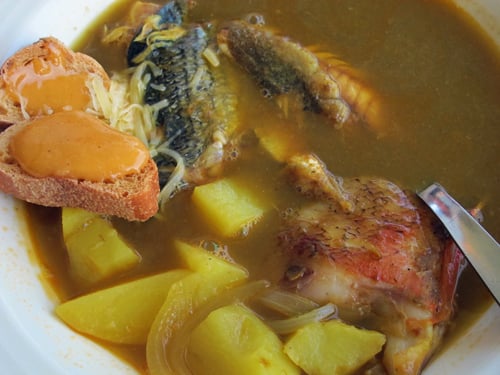 Speaking of under-water life, although no one in the south of France believed me when I said jellyfish were actually quite delicious, we ate spectacularly fresh seafood, bought right from the small boats that culled their catch that morning. Our favorite local restaurant served bouillabaisse one night of the week and when we arrived after our daily excursion to the beach, I was happy to see cold pitchers of wine set on the tables…and a large pot of fish bubbling away. 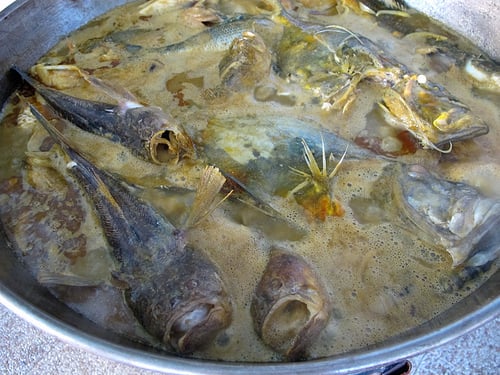 Boullabaise has a lot of mystique surrounding it, and folks will discuss at length what what fish should be in there, and what shouldn’t. Rascasse, also known as chapon (or scorpionfish, in English) is as obligatory as taking off one’s swimsuit at a plage naturiste is to boullabaise — although there seems to be wiggle room for others in there. All I know was that when I worked at the fish market in Paris, whenever a rascasse was ordered, fileted, I had to yield to one of the real fishmongers to do the intricate deed.

In the soup was a fish that tasted like nothing I’d ever tasted before, with a coarse texture, but a buttery, rich flavor. When I asked, they told me it was murène. (If you’re easily scared, don’t click on that link.) Neither of us – French or American – understood the server, so I asked her to write it down. 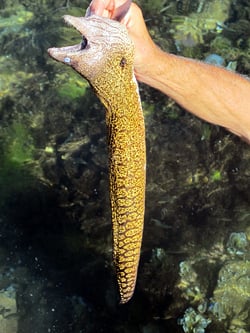 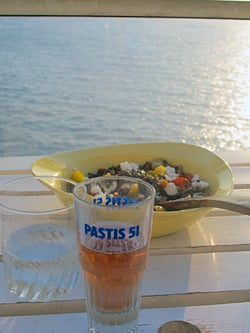 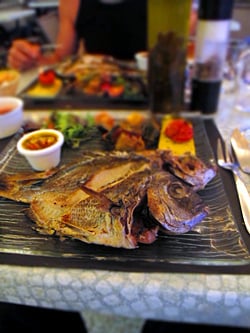 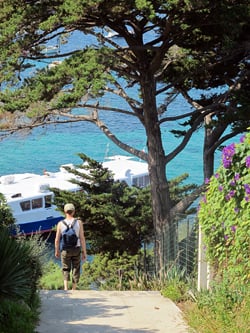 Still baffled, they took me into the kitchen and hefted the slippery devil, which the cook told me would kill your hand if you got too close to it in the water. Which, needless to say, future skinny-dipping in the local waters became a less-than-desirable activity. And I was happier seeing it on the plate, than swimming by me in the water. (Although I wish it didn’t share the locals aversion to eating jellyfish because we could have done with a few less of those.) 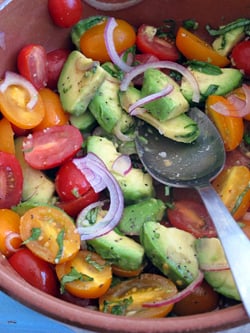 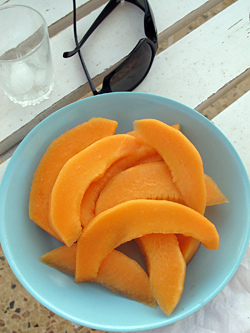 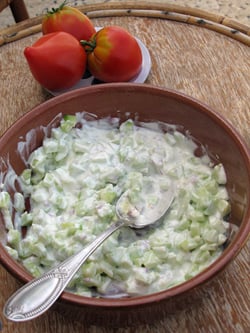 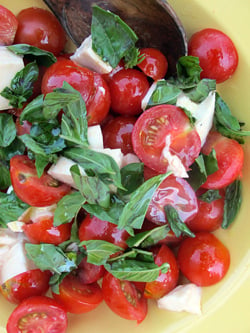 Less-hazardous activities included dining at home, where our biggest danger was running out of rosé. Where we were staying, because it was rather remote, choices were limited. But I didn’t mind eating lots of tomatoes tossed with basil and local olive oil, and I made a few batches of tzatziki, which seemed like just the right thing to eat to cool yourself down after spending days in the blazing summer heat of Provence. 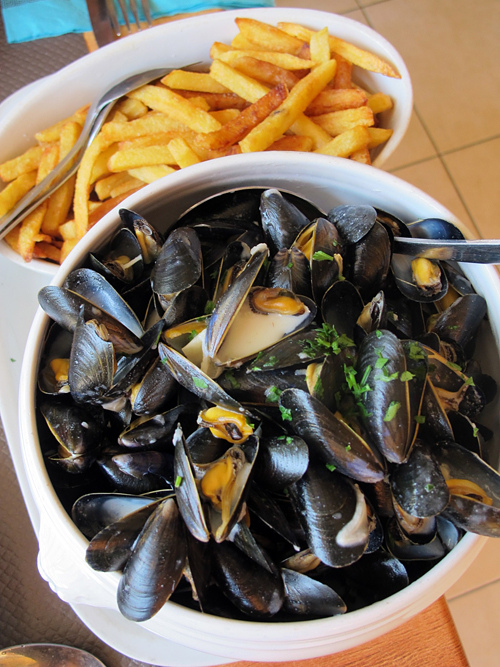 Then, it was over, and we headed back home. We had a surprisingly great meal at a local dive near the bus station, of moules-frites, as we began our journey back to Paris. The mussels were bathed in cream and garlic as they cooked, and the fries were generous and crisp. And fortunately, we had a nice picnic on the train (to the envy of our neighbors, who were stuck eating pre-packaged sandwiches from the dining car), with some nice bread from a local bakery, a few slices of ham, and some olives and cheese. 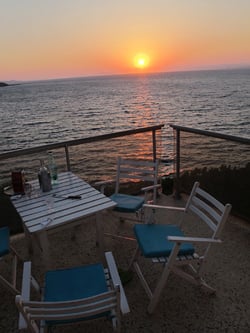 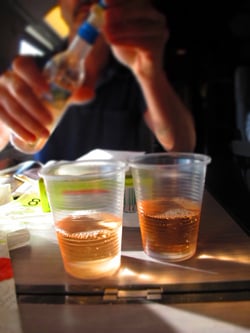 Romain took before and after pictures of me both on the way down, then on the train home, and I looked at the before – then after – and saw the difference a week will make. Now if I could only find a way to stretch it to five weeks from now on and turn it into a real vacances, rather than just a vacation, singular.