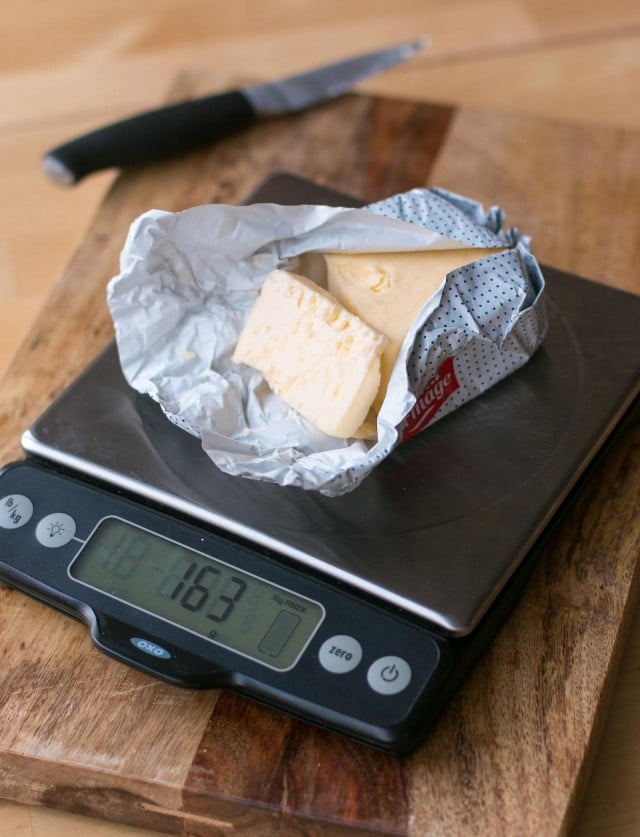 When I moved to France way back when, one of the first things I set out to buy was a kitchen scale. Kitchen scales are not difficult to find in Europe because most of the countries use weights for baking and in every other type of recipe. In spite of their ubiquity, it was hard to find a scale that measured in both in grams and kilos as well as ounces and pounds. Since few use those standards of measurement in Europe, even kitchen scales that I’d used in America would have a little toggle switch somewhere on them (often on the underside) to shift back and forth between ounces and grams. But whenever I looks at scales in Europe, there was invariably a gaping hole where that switch would be.

(I always thought it odd that they would leave a switch off the same kitchen scale that they make for one part of the world and not the other. Seems to me that it would be easier to make one scale for everyone. But on the other hand, it would also be easier if everyone used the same system of measurement.) 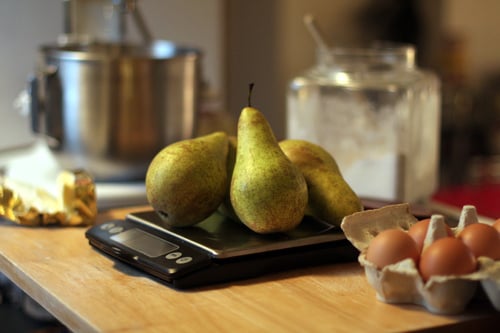 Flash forward to nearly a decade later, and I’ve been through a few kitchen scales over the years. The few I found here that weighed in both grams and ounces didn’t last, and the ones I brought back from the states would last just a few months, and then start to suffer from mishaps like fading LED displays, batteries mysteriously dying (and always when I didn’t have back-up batteries on days like Sunday, when the stores in Paris are closed—of course), or other tare-related maladies. 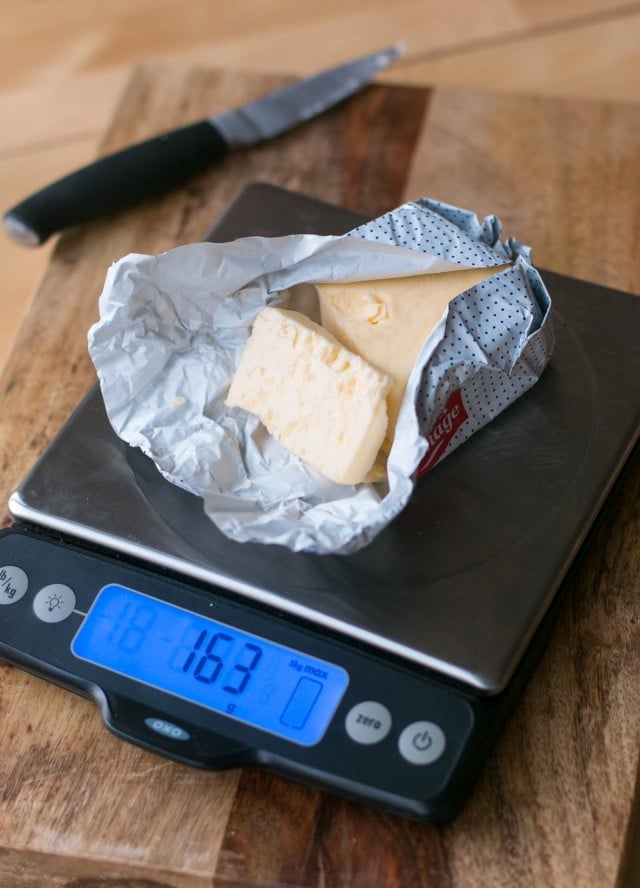 I finally buckled up and bought an Oxo scale, and as soon as I switched it on and started using the scale, I fell in love with it. It switches easily between metric and standard measurements without having to flip it over, which is a good thing for those of us who are converting recipes as we don’t need to remove what’s on the scale to change it. It has an auto shut-off, and if it turns off when you’re working with it, a touch of the off/on button turns it back on and remembers where it was. An added bonus is that you can illuminate the screen in case you want to bake something while everyone else in your apartment is sleeping and you don’t want to wake them up. 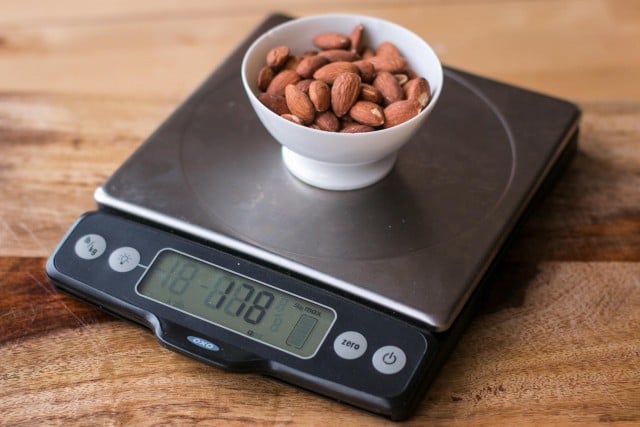 Lastly, if you’re not convinced, of utmost importance is that cooking and baking with a scale is a lot less dishes to wash since you can do most of the weighing in one bowl, or even right in the same pan you’ll be cooking in. Curiously, people are often scared of scales, and baking whiz Alice Medrich recently wondered aloud how people could be terrified of a kitchen scale when they’re all using smartphones. Since I brought this terrific scale, like my stand mixer, whisks, and an arsenal of spatula spoons, it’s become an essential tool in my kitchen—day and night.

What Happened to the Metric System: How America Kept Its Feet (Amazon)

Trust a scale, not cups and spoons (Video: Harold McGee)