Menu
« Nopa: The Burger That Knocks It Out of the Ballpark
Disclosure Statement »

Last week, when I spoke at the Blogher Food conference, positioned on stage between Ree and Elise, I was sure during the moments when I was going on and on, everyone was biding their time, waiting for me to shut my trap, so they could get back to listening to the other two. 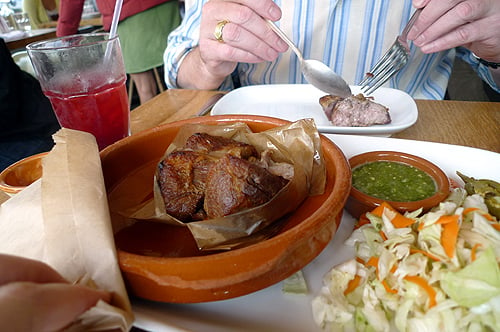 Then I made an announcement that seemed to grab a bit of attention: I said that there were about forty-one blog posts started on my computer, which seemed to get quite the reaction from more than a few of the couple of hundred bloggers in the room. A good portion of those posts will never see the light of anyone else’s computer screen. But inspiration strikes me at odd times, and I’ll just start hammering away when I think of something to write about. I’m certain I’ll get back to it a day or two later, only to never get back to it at all. And now, my desktop is littered with half-written posts and other illiterate detritus. 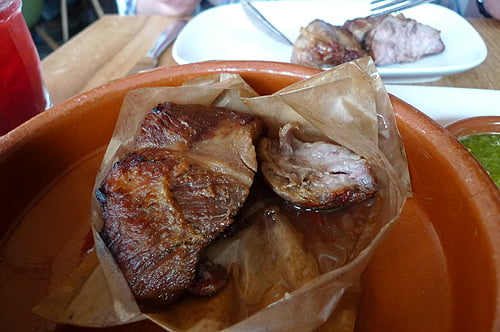 When I did a reading in Paris a few months back, someone asked me a good question about what are some of the things I’d miss about Paris if I moved away. Which actually made the to the finish line and became a post.

And last night, at Omnivore Books, here in San Francisco, during the Q & A, someone asked me what was the first thing I ate when I came back to San Francisco. I hesitated for a moment, and then blurted out; “Korean barbeque!” But to be honest, I’m always divided between the banchan, or the burgers.

And the third contender: tortillas. 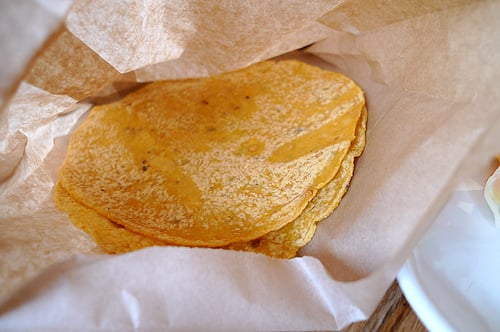 In France, just about any conversation invariably turns to one of two things: politics, or food. Here in San Francisco, the two things that people always seem to have on their minds are real estate, and food. 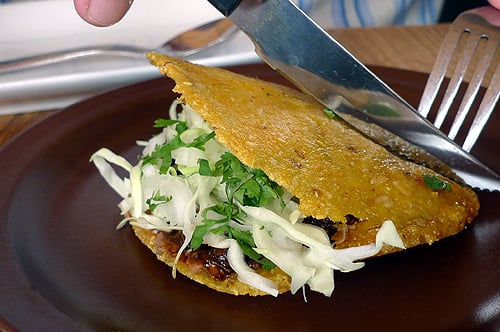 At the risk of being branded as a deranged fan (‘fan’ I’ll accept, ‘deranged’…well, I’ve been called worse…), I was at Nopalito twice within 22 hours. Once on Sunday with Elise, where we spent about two hours at our table, basking in the diffused sunshine and scraping our plates clean. And making googly-eyes at each other.

And the next day with Michael Murphy, another friend that I met when I was a junior San Franciscan, who is now a real estate agent. And boy, if someone ever wants to dig up some details about my past, they should get in touch with him, for sure. Although my memory of those days is pretty sharp, so anyone out there who’s tempted to spill any haricots on me, might want to think twice about it. 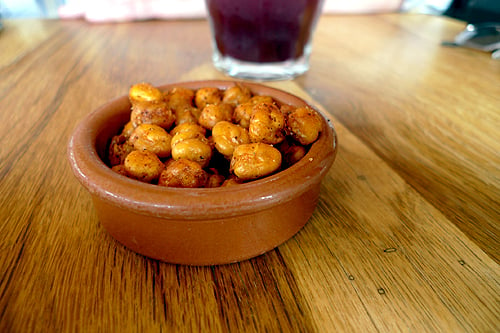 Now that’s we’re both older, and presumably more respectable, when I got in his car and he suggested carnitas for lunch, I felt like those long-cooked chunks of caramelized pork were calling my name. (No, I wasn’t hearing voices emanating from a pork shoulder, like those days of yore in San Francisco when inanimate objects could talk…) So he pulled his hybrid into the parking lot next to the restaurant, and we plowed our way through plates of tacos, gorditas, and panuchos, catching up and—of course, talking a bit about real estate prices in San Francisco.

I stay away from the crazy politics here. (Why do you people think I moved away?) 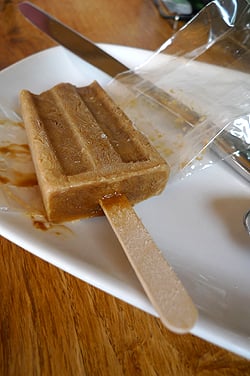 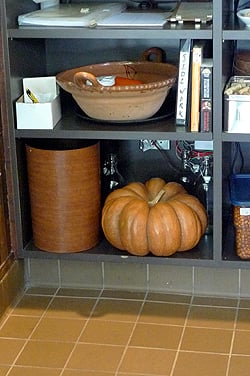 Anyhow, back in the here and now, it’s a pretty exciting time in San Francisco for food. I had an amazing dinner at Contigo last night. I was still hopped-up from the excitement of my book event and we tried to wend our way through the menu, hitting everything from padrón peppers, to a mini-burger made from spiced sausage, and the tiniest, most delicate little fried potato chips imaginable scattered alongside.

There was jamón Serrano and pa amb tomàquet, the Catalan classic of toasted bread rubbed with tomatoes, which we topped with what were labeled as “the world’s finest cured anchovies”. I can’t say they were for sure, not having tried them all, but I’m certain they were the best in Noe Valley, if not all of San Francisco. For dessert, we sipped their hot chocolate, made with lots of cocoa powder, so it was dripping with chocolate richness, but not so thick that you’d drink it and feel guilty about it afterward. This morning, I had zero remorse.

Today is another heavy-hitter in the food department, with a stop at my favorite hole-in-the-wall taqueria. (I already hit Pancho Villa last week, but need another burrito fix), and dinner tonight is going to be at…well…let’s just say I now see why the pants in America are so much baggier than those in France.

I may take a break from all this eating and do a little clothes shopping, namely for some new pants. And definitely a belt—to hold it all in.