Aboard the Queen Mary 2 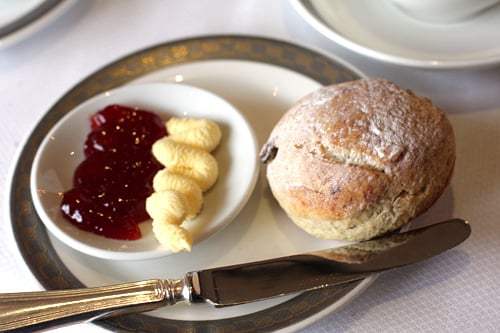 I woke up this morning to the most spectacular sunrise I’ve ever seen. I would have loved to have shared it with you, but it was something like 4 in the morning and I could only stare at it through the curtains. My camera was likely somewhere, but I wasn’t all that keen on dealing with anything electronic at that hour. I just wanted to look at it.

Being in the middle of the Atlantic Ocean is an experience like no other. I suppose it’s similar to being in outer space where there’s nothing near you at all except the vessel you’re traveling in and the natural world around you. It’s eerie and exhilarating when you think about it and traveling with an existentialist means that there’s plenty of discussions about the meaning of it all. (I guess that’s the price you pay for traveling with a pensive Frenchman.) 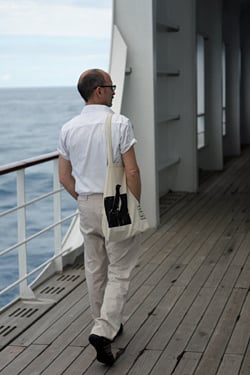 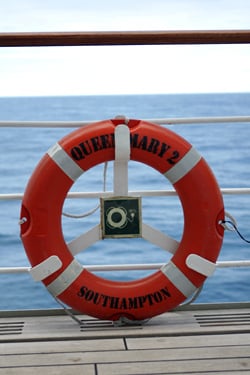 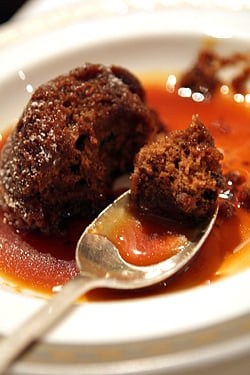 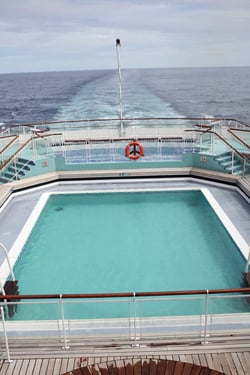 Also the Queen Mary 2 comes with plenty of history, and around the ship the walls are lined vintage photos and paintings that tell the story of various other vessels that once made their way through the oceans. Unlike other trips, and ships, this one has more of a purpose; most riders are taking it for the sheer experience of riding across the Atlantic. There’s not a lot of people partying it up or parents trying to calm overexcited children. And I have nothing against people partying, or kids. It’s just that everything has its place and the tone of the ship is somewhat sedate. 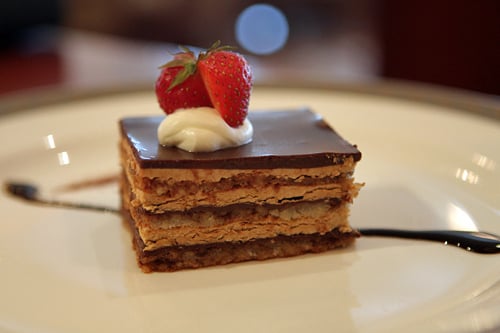 Some of that has to do with the ship having a dress code for various events, which might be responsible for keeping everyone on their best behavior. And some of it likely has something to do with the journey; it’s not everyone that wants to make a week-long trip across the Atlantic and I can imagine in the winter, it can get a little rocky on the open seas. But right now it’s mid-July, the weather is quite nippy, and for a little nap on the deck, the ship provides plaid woolen blankets to snuggle under. 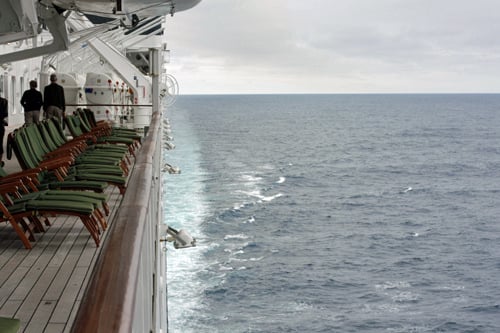 Quite a few things on board are decidedly British, from the baked beans available for breakfast to queuing up for signing up for fitness classes.

I’m not British, but I’m finding a lot of their customs rather quaint and fun to participate in. I had an excellent gin martini at the bar last night. Interestingly, cocktail prices are surprisingly gentle – maybe I’ve been living in Paris too long, but my drink was only around $7. (At the Ritz in Paris, a martini hovers at around €25.) But as I get older, I realize there’s only so many cocktails I can have in one sitting. And malheursement, one or two seems to be my limit, a big switch from those days when four or five didn’t affect me all that much. 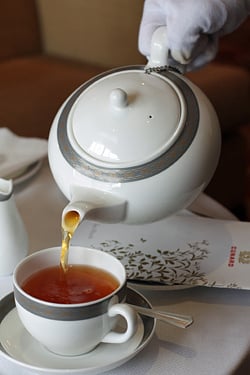 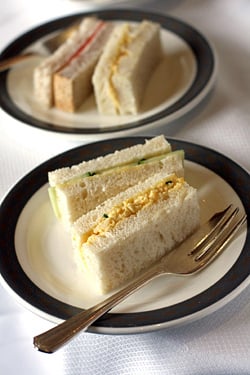 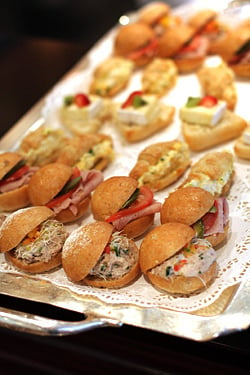 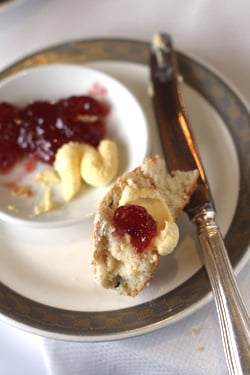 I’m not normally a big tea drinker in the afternoon but I do like the idea of eating any time food is offered, and since it would’ve looked funny sitting there gorging on finger sandwiches and dainty desserts, tea is was. So the white-gloved waiter poured us Rooibos, a South African “tea” that’s I always say I’m going to buy some when I get home – because I like it so much – but I never seem to get around to doing so. 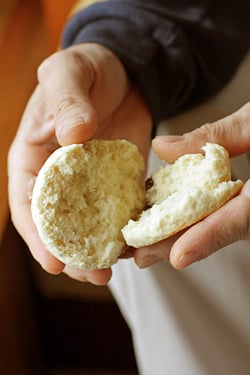 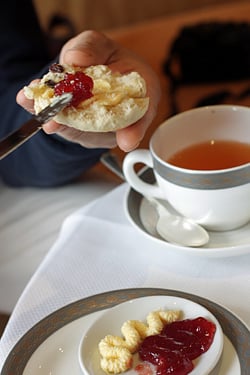 I had to explain, in French, what an “egg salad sandwich” was (and sticky toffee pudding), and when presented with crust-less little rectangles of bread filled with egg salad or cucumbers (I insisted he try the egg salad), he asked why they serve Venetian sandwiches with British tea. I didn’t quite know what to say, or who started the crustless finger sandwich first, but I’m not on vacation to be consulting dictionaries or encyclopedias. (Who wants to do that in the middle of the ocean?)

So back out we went, to walk around the deck, dodging joggers and people out for a stroll, to gaze at the ocean, which has been gently rocking us to sleep at night. It’s a lot milder than I expected and a few seasoned travelers told me that the Queen Mary 2 is the steadiest ship they’re taken. I’ve only been on a few boat trips but the other boat’s stabilizers vibrated like the magic fingers and when I got off, it took a few days to calm down. This ocean liner moves slightly, not enough to really be perceptible, but every once in a while, there’s a gentle drift to one side, and then we’re back on an even keel.

But all is pretty calm in the middle of nowhere, somewhere far off the coast of Britain, with not a single other ship in sight. Just the churning ocean. 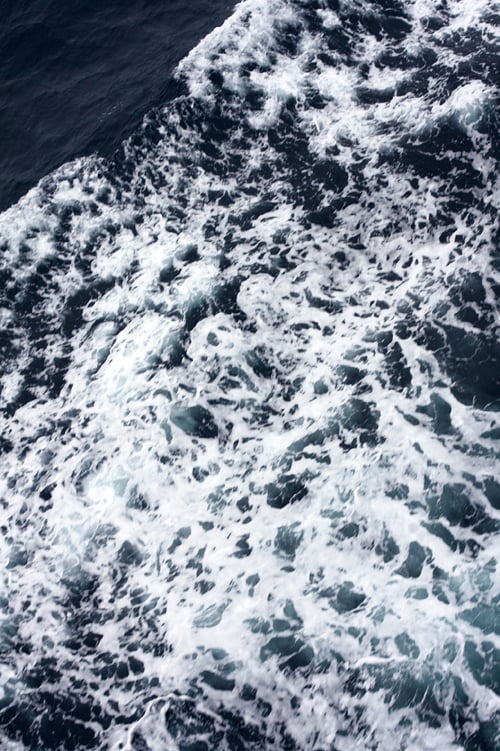 (Note: This voyage was provided by the Cunard cruise lines, who hosted the trip.)