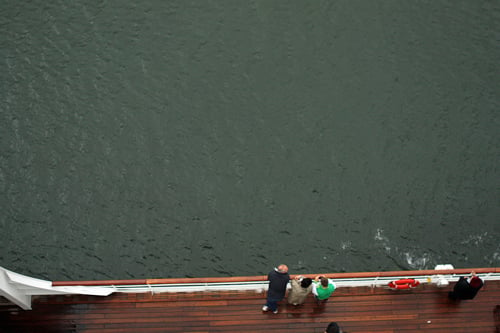 Whenever people ask me “How often do you get back to the states?” they always seem to be taken aback when I say “Never.” It’s not that I’m turning my back on my home country, it’s just that the idea of sitting in a dismal gray airport (with abysmal food choices), waiting in lengthy lines, going through the frenzy of stripping down for security, getting my privates x-rayed ( – yikes!), then sitting in a cramped seat unable to move for thirteen hours, isn’t my idea of fun. 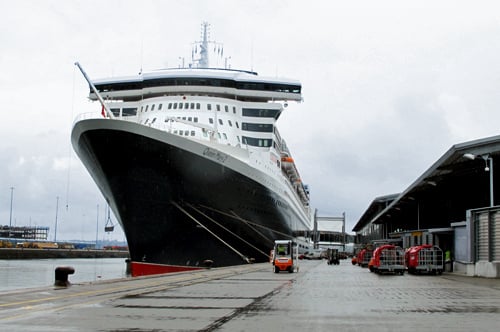 So when the folks at the Queen Mary 2 offered me a trip to compensate for canceling a culinary journey I was to make last year due to the irksome volcano, I jumped at the chance. (Although considering it’s a multi-story boat – I should probably use a different word than “jump.”) Instead of arriving somewhere all crumpled and jet-lagged, I’m looking forward to sleeping horizontally, in an actual bed, and arriving in America as a normal person. Whatever that is. 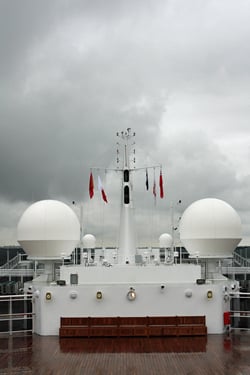 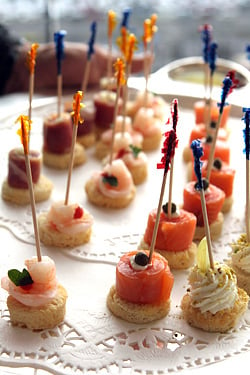 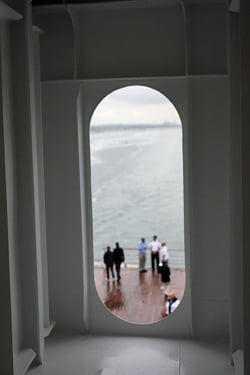 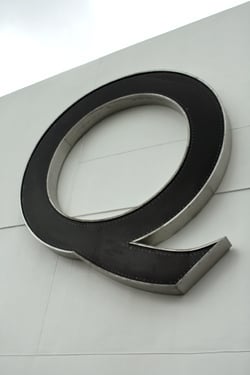 Last year I was invited to participate in a culinary festival on board the ship. And the day before, when I had my bags packed and ready to go (and I’d given my apartment in Paris to a friend), the trip was mercilessly snatched away from my clutches by a cloud of volcanic ash, which cancelled flights across Europe and my space on the ship was needed for people with more pressing reasons to get back to the states. 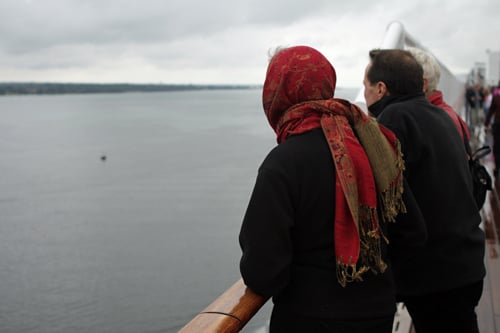 Through my tear-stained eyes, I wrote and expressed my disappointment that I wasn’t going to be going on the ship to New York. (I didn’t mention there was a brand-new computer waiting for me there, that I’d pre-ordered, and how I was getting low on organic crunchy peanut butter, and was getting a bit desperate to re-stock my larder. Both of which I considered pretty pressing issues.) Then a few months ago a message arrived, offering me a trip on the boat since my culinary voyage got cancelled.

So after a full English breakfast in Southampton, I’m on the Queen Mary 2, crossing the Atlantic, braving the blustery weather. Romain has adapted right away by falling asleep in a deck chair with an empty glass of Champagne by his side, and I am making my way toward the steamy herbal sauna. 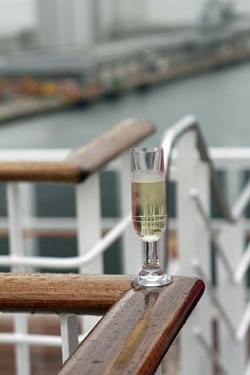 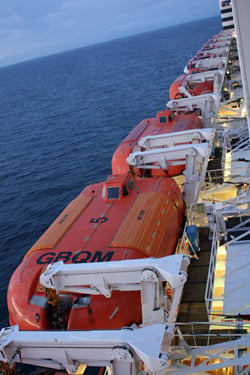 I don’t think this time I’m doing any cooking demonstrations (whew!) but I’m hoping to get into the kitchens and share some of the behind-the-scenes stuff that makes a boat that crosses the Atlantic so interesting. But first, I’ve got a few other staff members that need my attention.. 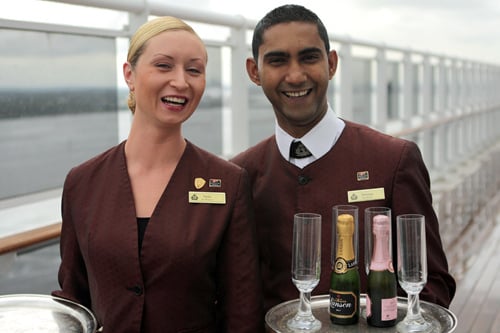 (Note: This trip was provided courtesy of the Cunard cruise lines.)