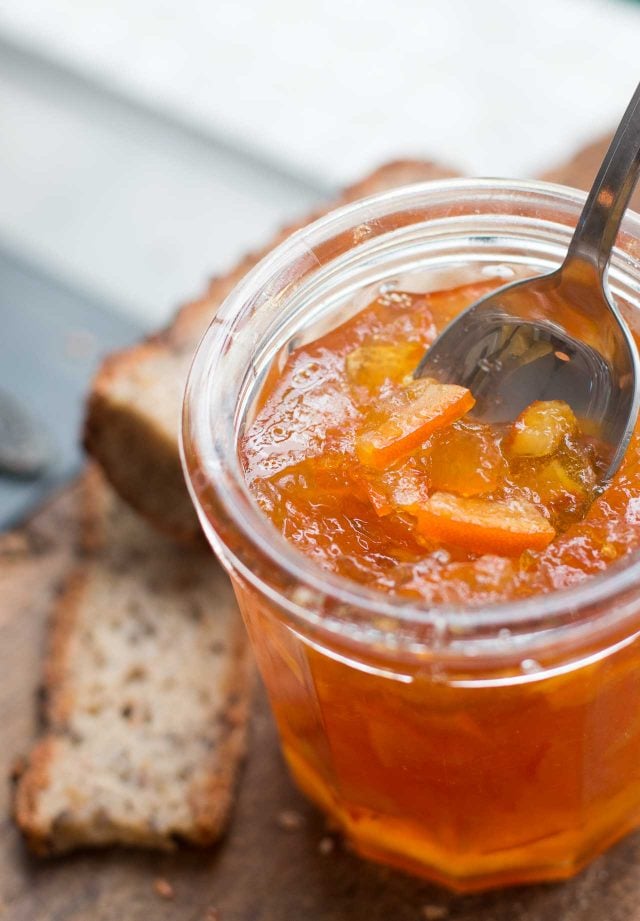 This time of year brings Seville oranges to the markets in Paris. For the past few years, I kept wondering why they were so hard to find since it’s perhaps my favorite of all jams and jellies to make, and eat. But lately, they’ve been everywhere. (See? It pays to complain. Either that or a whole lot of French produce suppliers read my blog.) And I found myself busy making a lot of marmalade, which was easier since I came up with a brand-new, revolutionary technique which I couldn’t wait to share. 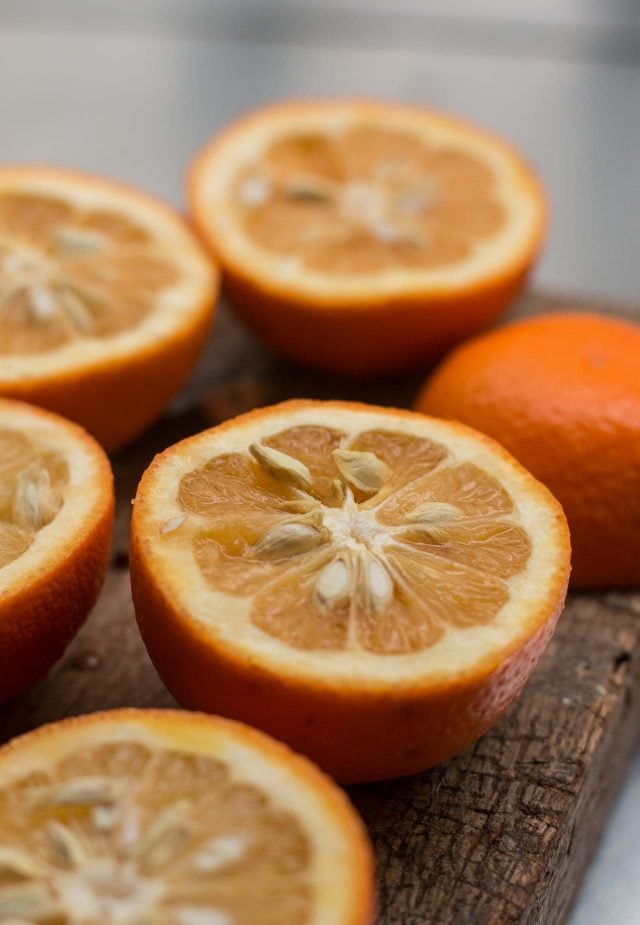 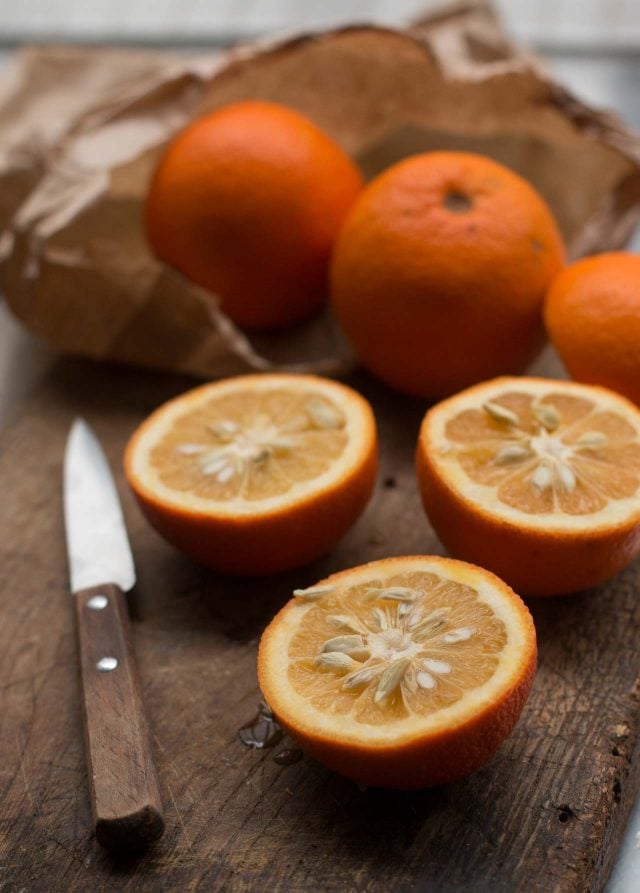 Since Seville oranges are rife with seeds, which makes slicing them difficult since you have to keep moving the seeds around with your slippery fingers, while trying to cut the oranges, then finding more, and fishing around deeper inside to extract more, plucking them out, etc… Each Seville orange has perhaps twenty to thirty inside. 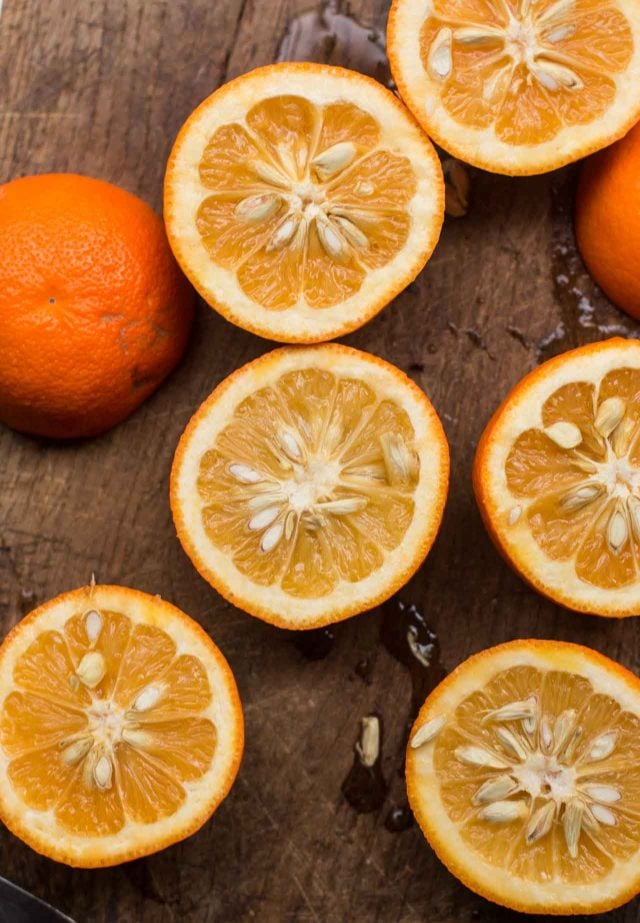 So I thought, what if I was to squeeze the juice and seeds out first, strain them, then pour the juice back in? The seeds are precious commodities in jam-making, and get saved and used since they’re so high in pectin. They’re wrapped in a sack and cooked with the marmalade giving the marmalade gets a suave, jellied texture. And this simple method makes the whole process much easier. 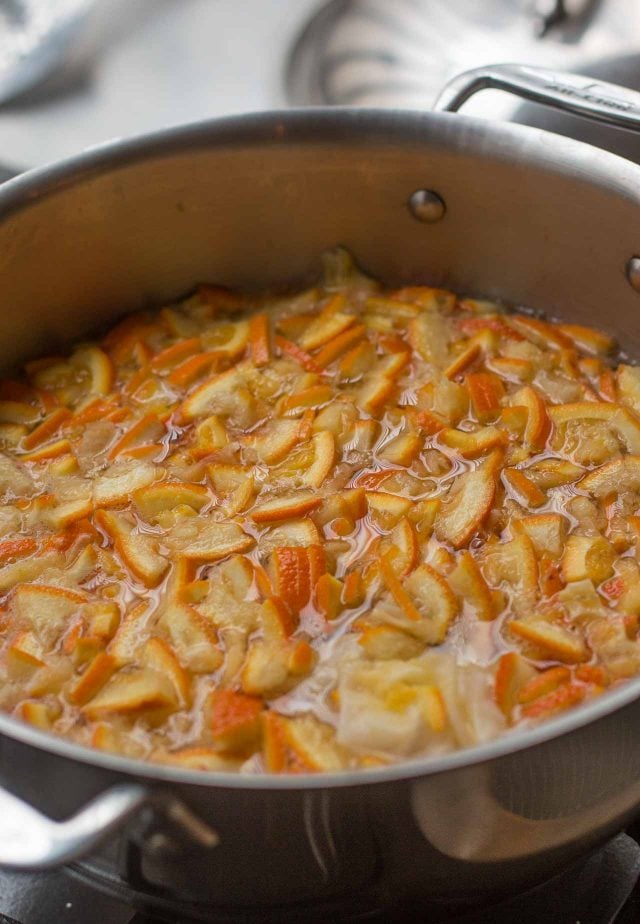 You might be interested to know that Seville Orange Marmalade was created because of an error. Apparently, an Englishwoman in 1700, the wife of a grocer, was stuck with some sour oranges that were bought cheaply from a boat that was carrying them from Seville. 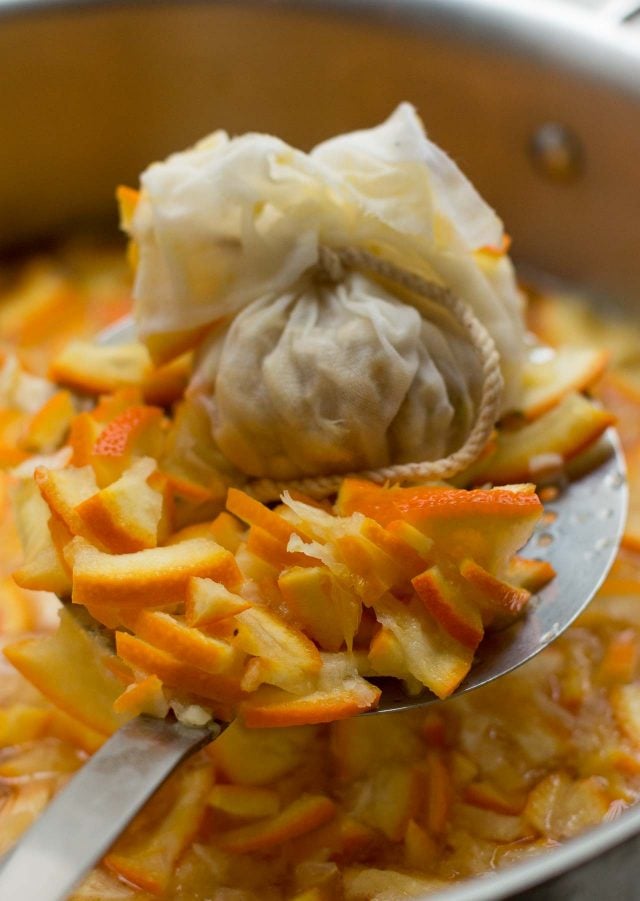 Since there was a storm, they wanted to get rid of their stock or oranges quickly, so the grocer bought them. But they were inedibly sour so his wife decided to try making jam from them, and viola!…Seville Orange Marmalade was invented. 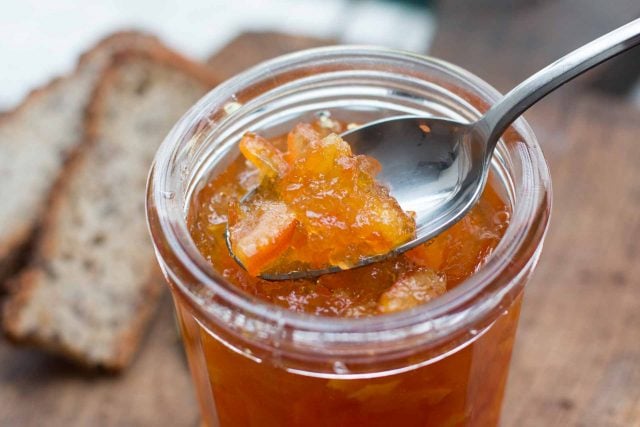 Adapted from Ready for Dessert (Ten Speed) I recently updated this recipe to include a pre-boiling of the orange pieces, simmering them in water until cooked through as some varieties of sour oranges tend to be resistant to cooking, and the pre-boiling ensures they’ll be fully cooked.

I don’t process my jams, since I store them in the refrigerator. But if you wish to preserve them by canning, you can read more about the process here.
Note: Sour or Seville oranges are called in French oranges amères and are available mid-winter in many other countries around the world as well.
Pin1K
Share633
Tweet
2K Shares