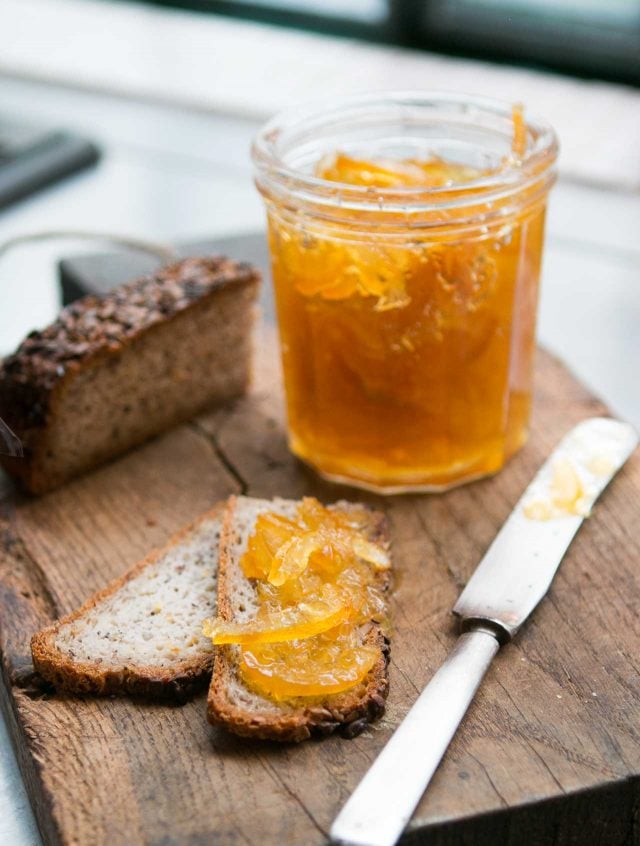 Bergamots aren’t something one runs across every day in the supermarket, or even at greengrocers. But mid-winter, depending on where you live, you just might get lucky and happen across some, as I recently did in Paris. But no matter, this recipe can be made with other kinds of lemon, especially “sweet” lemons, such as Meyer lemons.

There’s conflicting information on what a bergamot actually is, but it’s definitely a member of the citrus family and most consider it to be a relative of the bitter orange, which might have been mated with a lemon at some point in its murky past.

Most are familiar with the fruit because the oil from the peel is used to flavor Earl Grey tea. In France, many people are familiar with bergamot as they’re used to make the balmy-tasting Bergamots de Nancy hard candies, from the Lorraine region. 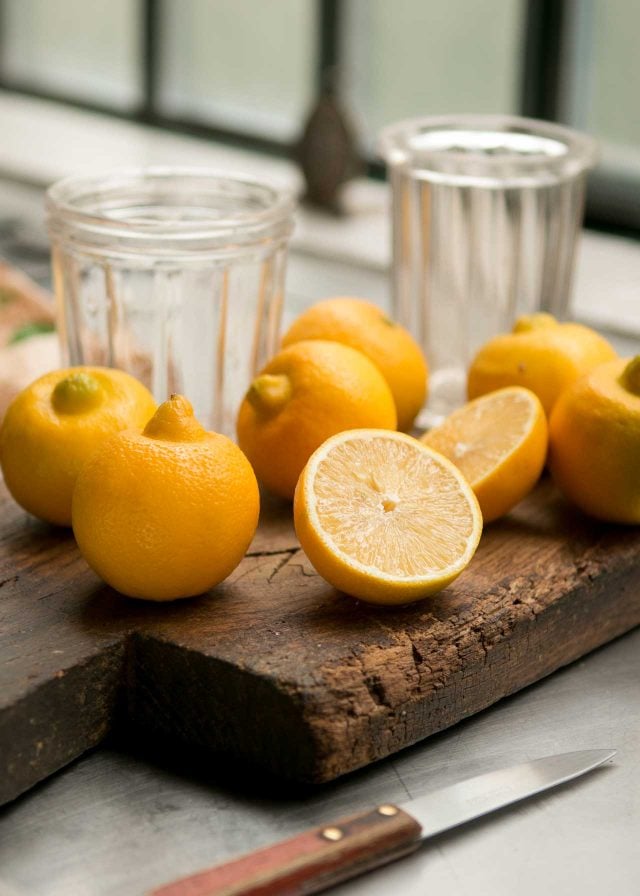 When buying citrus for jam-making, be sure to source organic or unsprayed fruits. Because you’re eating the entire fruit, including the peel, it’s good to make sure the fruit hasn’t been sprayed with anything you wouldn’t feel comfortable ingesting. You want the finished marmalade to be something you’re happy to eat! 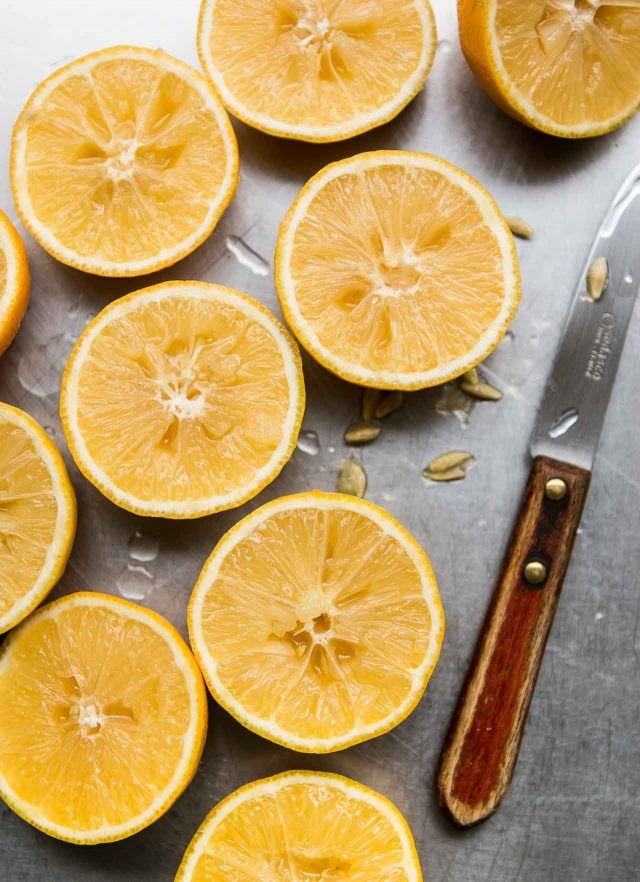 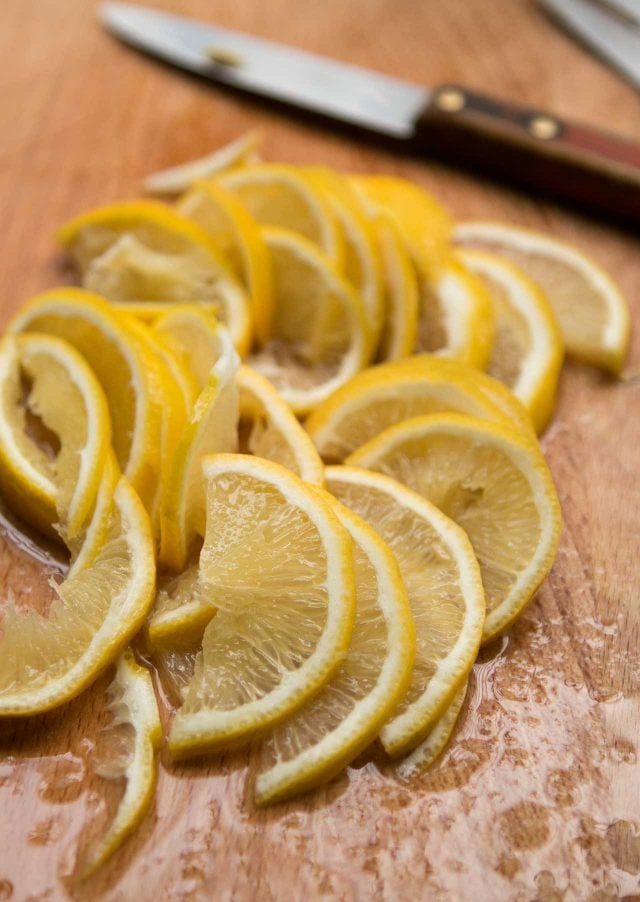 Some people are put off by the price of organic produce, and yes, I pay a little more when I shop at the organic stand at my market. But the entire bag of the ones I bought to make this marmalade was under €6 ($6), and I got two lovely jars of jam from the lovely fruits I plucked from the bag when I got home. 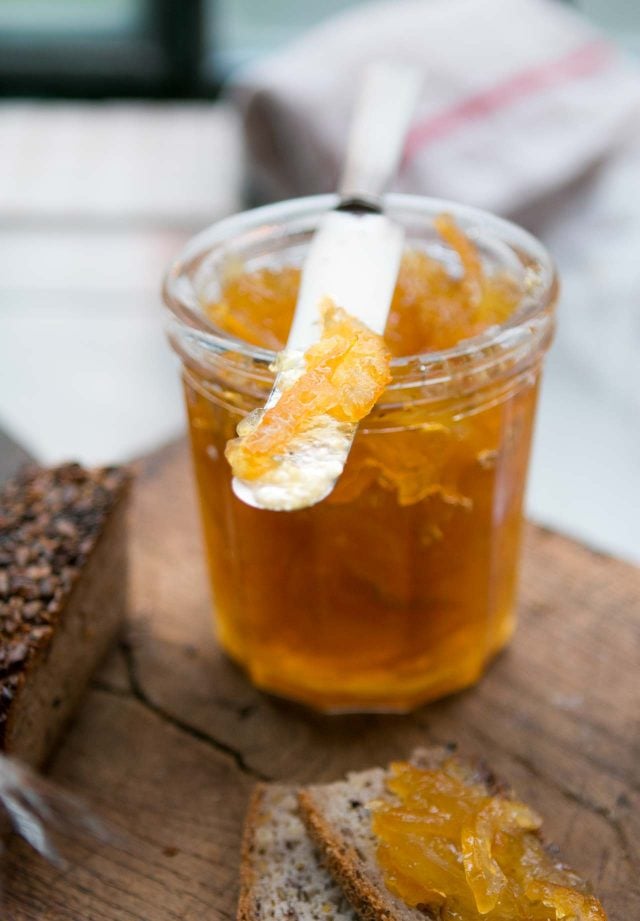 Because of the longer cooking, the color of the lemons will concentrate and won’t be as sunny-colored as the fresh fruits, but no matter. The flavor will shine through, especially when spread on your favorite toast for breakfast the next morning, which I did with some grainy bread I picked up at Chambelland bakery in Paris. 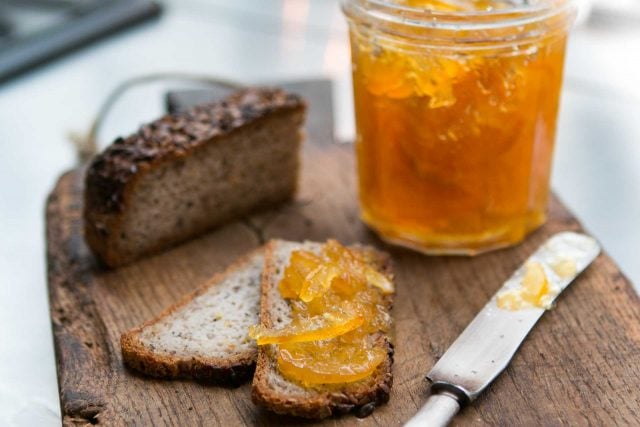 As mentioned, you might not be able to find bergamots (and I’ve linked below to articles on what they are), but if you have lemons, don’t make lemonade – make marmalade!

Before making this marmalade, be sure to check and make sure your fruit resembles mine. What are called bergamots in France, go by different names elsewhere. Just below, I’ve linked to Wikipedia entries describing bergamot oranges and citron limetta, which are what they refer to as bergamots in France. And that’s what I used.You can read more about them at What is a bergamot? For this recipe, you could substitute any sweet lemon, such as a Meyer lemon, although regular lemons would work as well, too.
Course Breakfast

For those interested in canning and preserving the marmalade, you can find downloadable instructions at the USDA website.

What is a bergamot?

Bergamot Growers Get a Whiff of Success (BBC)