Did you know that there is no such a thing as a Meyer lemon anymore? Well, at least not as we know them. Officially, they haven’t existed for about fifty years, when a virus attacked the Meyer lemon trees and they were banned in the United States. 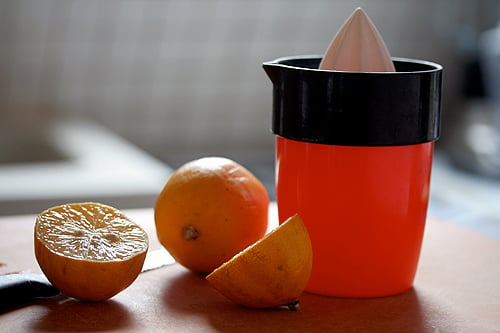 Then in 1975, a new, “Improved” Meyer lemon tree was released that was virus-free, and people began planting them in backyards in America. And in Paris apartments, too. (More on that, later…) 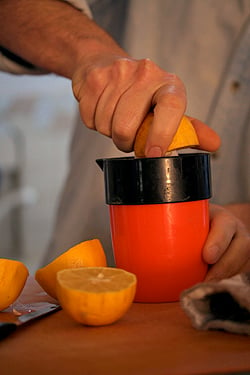 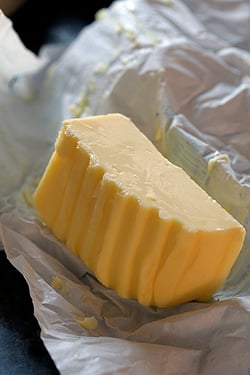 Some think that the now-extinct Meyer lemons, and the new, Improved Meyer lemons, are a hybrid between oranges and lemons. But I’ve been told by my produce guru that no one is certain as to what the heck they are, exactly. 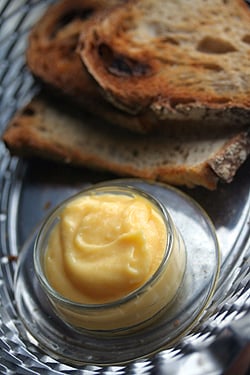 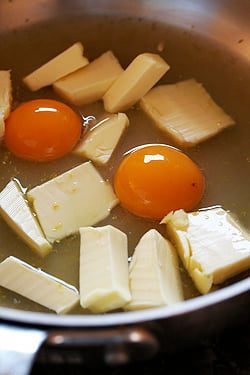 Because they are relatively fragile, these delicate citrus fruits don’t ship well. You have to know someone with a tree, as they’re usually not easily-found, commercially.

Yet I scored when a friend arrived in Paris, claiming to have not one—but two Improved Meyer lemons for me. I thought about making a small batch of sorbet or ice cream, but then realized that since there wouldn’t be all that much juice from my two brilliant-yellow beauties, I wanted to extend it as much as possible. 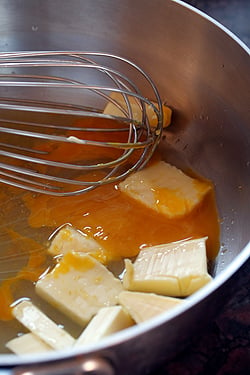 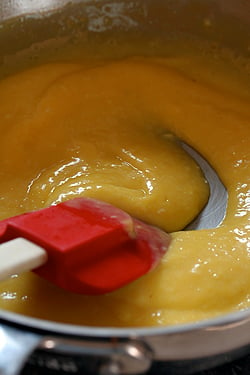 And Improved Meyer lemon juice is sweeter than standard Eureka lemon juice, and the small amount might get lost in another dessert. So I decided to make a batch of creamy, tangy Improved lemon curd. 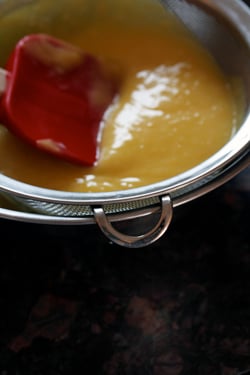 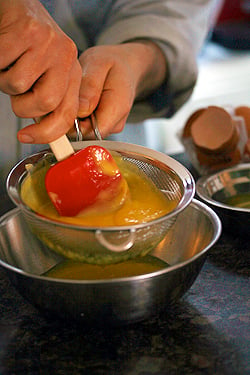 If you’ve never made, or tasted, lemon curd, you’re in for a treat. In spite of its slightly off-putting name, it’s made somewhat like a custard, but you can cook it directly on the stovetop, without tempering the eggs. It takes a few minutes of constantly stirring with a whisk over modest heat. Then, in about three or four minutes, right before your eyes, the mixture will magically thicken into silky, rich lemon curd. 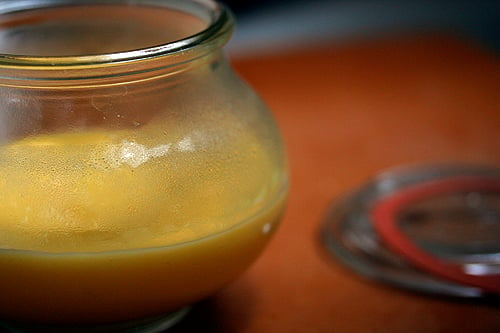 When I was all done, I saved the Improved Meyer lemon seeds and was hoping to germinate them in my apartment to create my own little citronneraie. I didn’t know if they would sprout, but followed some advice I found online; namely to sandwich them between a damp paper towel for a few weeks until they sprout. Unfortunately, after a couple of days, I noticed things inside looked a little dark. So I unfolded the essuie-tout and found the each seed covered with an unpleasant-looking…shall we say—growth, on the outside. (Hint: It wasn’t a lemon tree sprout.) 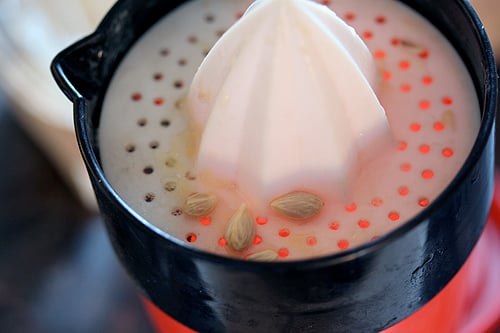 So I guess I won’t be whipping up any more Improved Meyer lemon curd anytime in the future, unless I find an Improved Meyer lemon tree somewhere in Paris. But that’s probably not going to happen, unless someone with a bit more pluck than me at cultivating citrus takes on the task.

Am not sure what they’d call them here as the word for ‘improve’ in French is améliorer. In English, ‘amelioration’ means to add more sugar. And since these lemons are sweeter than standard lemons, that would be a French paradox. And we certainly don’t need any more of those around here. 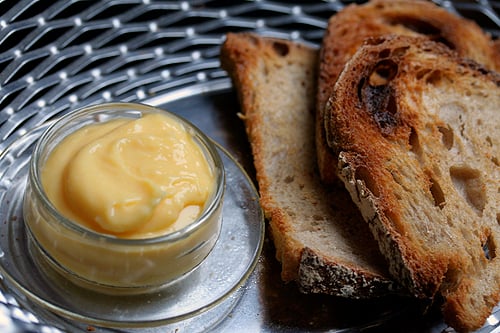 Here, I use a slightly dare-devil method for making curd by heating everything together over direct heat. If you’re feeling unsure, instead of increasing the heat in step #4, keep the heat very low, or cook the curd in a double-boiler; a bowl nested over a saucepan of simmering water.

Serving: Lemon curd is wonderful spread on toast or crumpets. It can also be used as a cake filling and you can make a tangy lemon cream to serve alongside gingerbread by folding in an equal amount of whipped cream.