If I read one more recipe that begins with saying that the recipe is the perfect way to use up the overload of summer tomatoes, I’m going to scream. Okay, in deference to my neighbors, I won’t. But to me, there is no such thing as having too many tomatoes. That’s just crazy-talk.

We don’t have the overload of great tomatoes in Paris that folks have elsewhere, like when I was in Agen last year and the markets were full of them, or in San Francisco or New York, where market tables are heaped with them in all colors, shapes, and sizes. So I’m over-the-moon when I find good tomatoes and use them carefully because they’re so precious. 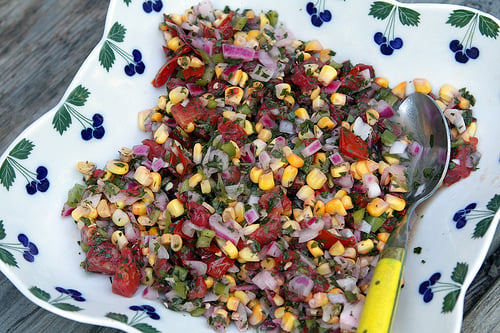 I’m not normally a fan of hot tomato soup, but last year I was in New York City and a restaurant served little cups of it with grilled cheese sandwiches, and I was hooked. Jeez, what have I been missing out on for the past fifty-four years? 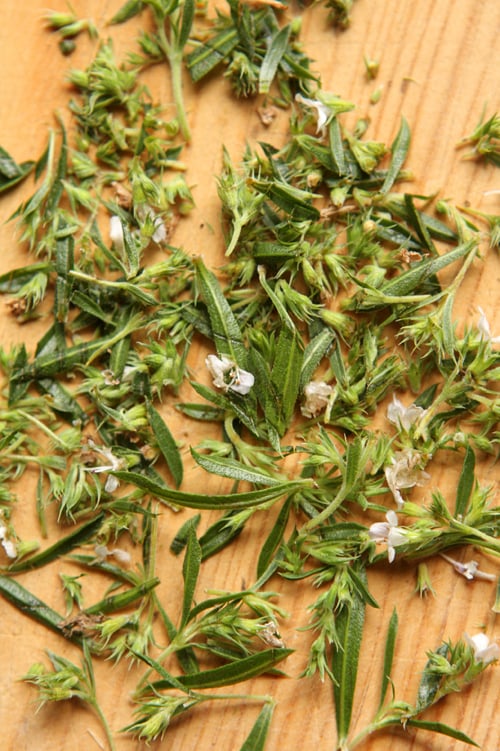 Still, I didn’t serve this with grilled cheese sandwiches because I was with a friend’s French mother, and the idea of eating soup with a sandwich – well, it’s just not done. At a meal, you eat soup first, then a sandwich. But she was astonished that I ate – get this – soup along with bread and cheese, at the same time, for lunch or dinner. I never realized what a maverick I was. Or more likely, how gauche I was all these years. 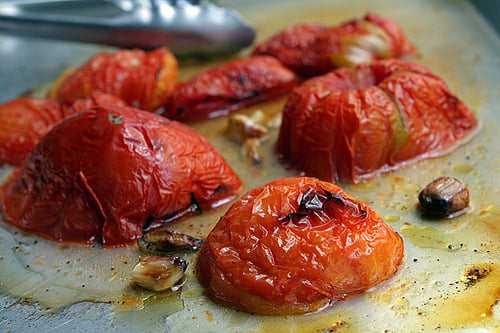 This recipe is from The Bonne Femme Cookbook, by Wini Moranville. When he saw it, Romain told me that a “bonne” femme means a woman who is “easy.” I don’t think that’s what the author had in mind when writing the book, but I will say, this recipe was easy to make and really an ideal way to coax flavor out of tomatoes. 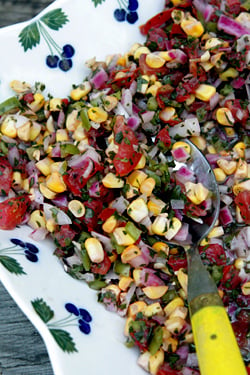 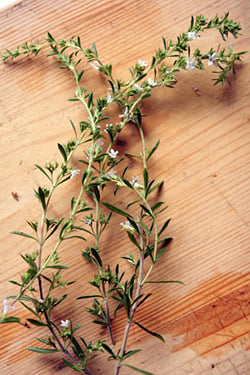 I used fresh savory, which is a lesser-known herb, because I found a nice bunch of it on a visit to the countryside. It’s smell is reminiscent of fresh thyme, but it’s less-aggressive and a bit rounder in flavor. Plus I like saying the name.

No one has accused me of being “easy” (so I guess I’m not a bon homme), I gave it a decidedly non-French touch with a heap of corn salsa in the middle. I envisioned a relish-like condiment that was slightly pickled, to conserve the flavor and texture of the fresh corn without cooking it to a fare-thee-well. And I wanted it to mingle nicely with the soup. I wasn’t sure if it would go well. But in the end, it was a just fine. 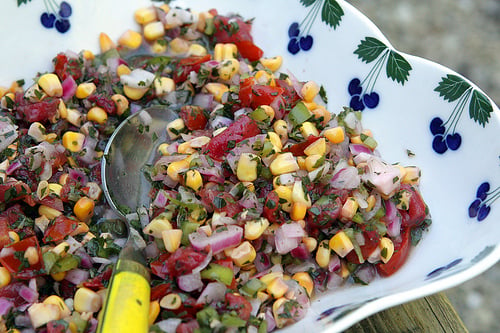 It’s always hard to tell people how much chopped chiles to add because each one, and variety, is seemingly different. In fact, I overdid the chiles, using what are called Moroccan chiles here in Paris, which range from mild-to-spicy, depending on each pepper. Fortunately I didn’t get in trouble for spicing things up around here. But I was careful not to serve the soup with any cheese. That said, if you want to serve it with some crumbled queso fresco or a bit of crème fraîche, well, I won’t tell. 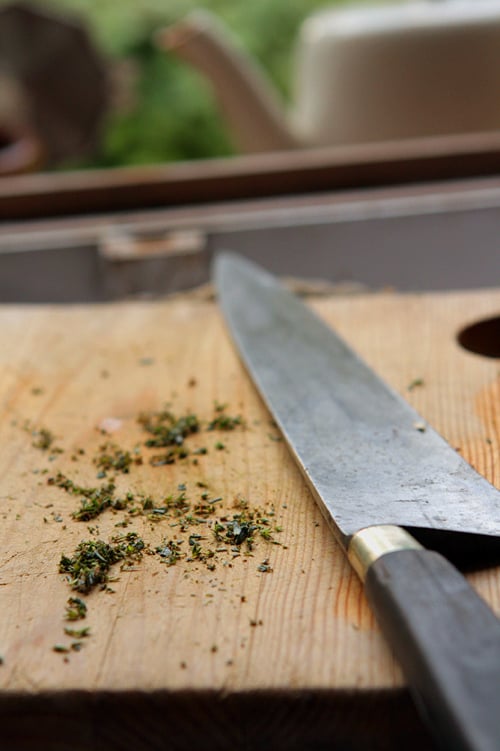 Adapted from The Bonne Femme Cookbook by Wini Moranville This soup, while intended to be served warm, tasted delicious cold as well. Winnie recommends using low-sodium chicken stock to enrich the soup but I used water, which was just fine. If you have a lot of tomatoes on hand, I would recommend making a big pot of this soup and freezing it for a few months. I didn’t remove they skins but if you want, you can slip them off easily after they’re roasted. But they blitzed away to nothing in the blender. For the salsa, I used chipotle chili powder because I like the smokiness. You’ll have some leftover salsa, which makes a nice dip for tortilla chips. This soup serves four, although there won’t be enough for seconds. It can easily be doubled, tripled, or quadrupled. 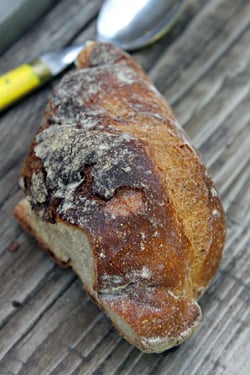 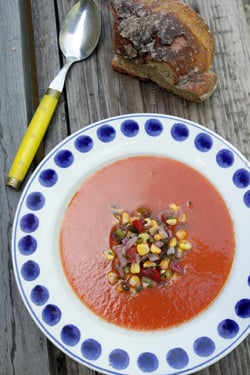