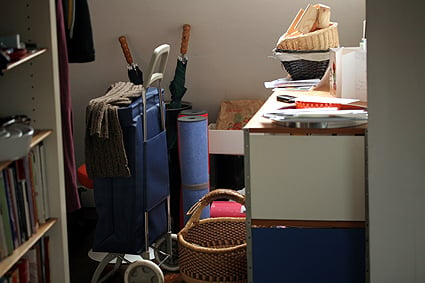 I decided my entryway was a disaster and got on the stick and pulled everything out and straightened it up.

Actually I didn’t get that far.

I did pull everything out, but lost interest and didn’t put anything back.

The good thing is, I can’t leave.

So I have to stay home and work.

That was really dumb.

This my new mobile phone. 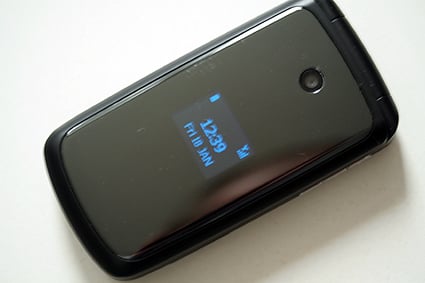 I’ve nicknamed it Darth Vader since it’s dark, scary, and hisses at me a lot.

Last week the charger on my old phone died and since they had every other replacement charger in stock at the France Telecom office…but mine (of course…)—I either had the choice of spending a week searching through all the France Telecom stores in Paris for a new one, and paying 25€ for it.

Or buying a new phone, which cost 15 centimes.

I know, I know. It’s not the écologique choice, but I got the new one. But 15 centimes? My mother would arise from the great beyond and smack me if I didn’t get it.

Oh. And the handle broke off on my oven this weekend, so I can’t open the door without the use of two screwdrivers wedging it between the door and the sides they trying to grab it quickly before the slams back shut. And there’s nowhere in Paris where parts are available for this brand of oven.

Um…don’t they know that Paris is the capital of France and if you’re a French company, making French appliances, that maybe you’d have an outlet somewhere in Paris to find a replacement?

So to get over my frustration… 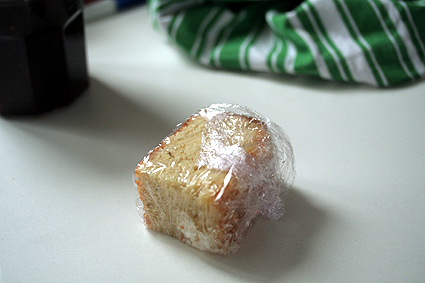 …I made an entire Absinthe Cake.

And now, that’s all that’s left.
And I’m all out of absinthe too.

But—I know exactly where to get some.

Though honestly, what kind of place am I living in where it’s a breeze to get absinthe… but impossible to find an oven door handle? 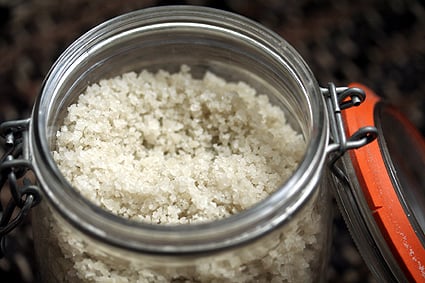 I ran out of salt too!

Considering one of my best pals is a salt-harvester, that’s scandalous. I get it by the kilo (2.2#) and go through it like wildfire.

I think I got the last sack just a few months ago.

I also think I need to cut down on salt. 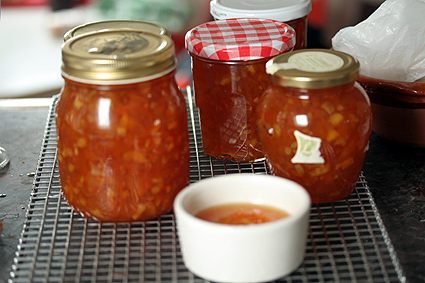 At the market, I saw Seville oranges. They’re pretty tough to find so of course they had them this week—and probably this week only. 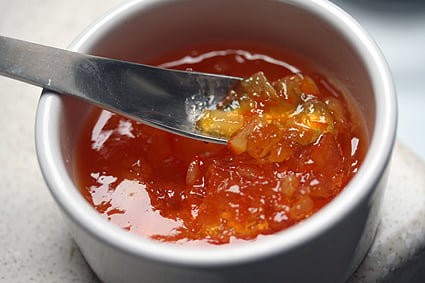 So I bought a half-dozen to make marmalade. Which of course is the most time-consuming variety of jam to make of them all. 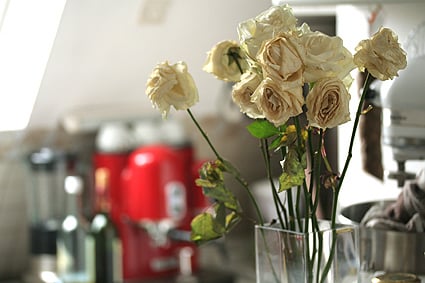 I wondered if it was time to throw away those white roses.

Then I realized that was too much work and left them.

Besides, the door was blocked so I couldn’t leave to take them down to the garbage room. 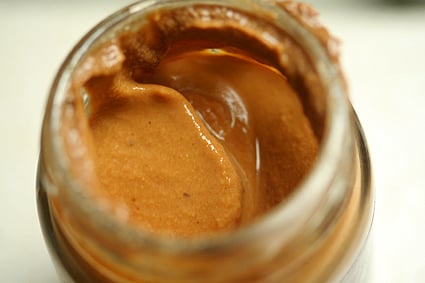 Scavenging around my cabinets looking for something to eat that didn’t have absinthe in it, I decided to finally open the Most Obscure Object in My Kitchen: this little jar of ‘moutarde au cacao‘ that Dorie Greenspan gave me.

Except I realized I couldn’t eat it all by itself…unlike the absinthe cake…or the bowl of popcorn I made…or the pistoles of chocolate I keep snitching from the bag every time I pass…or the jar of raw almonds…or the cups of espresso I drink all day…or the (very) old peanut butter CLIF bar I found in the back of my kitchen cabinet….

So I decided I should use the mustard to….

… make a ham and avocado sandwich.

I don’t have anything exciting to say about the sandwich itself, but since food bloggers are often compared to cheese-eating navel-gazers, I thought I’d drop a photo in just for fun. At least I didn’t put cheese on it. 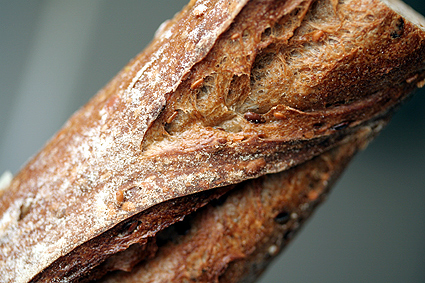 I realized that I $%#@-ing hate the bread at the bakery next door to me.

(I don’t swear often when I write and I almost made an exception right there but I feel like I’m losing and offending readers almost as fast as I’m losing touch with reality and I don’t want you to go. Really, it’s the absinthe. I swear…)

The last baguette I got there would’ve broken my foot if I dropped it, and the woman at the counter (who I am sure is the new owner’s wife) was rather snappy with me. I’m…like, “Missy…I was here before yo’ sorry ass was.”

(I don’t think ass’ doesn’t count as swearing. So you’re stuck with me.)

Finally I realized that the combination of lousy bread and nasty service does not make up for the convenience of just running downstairs to get my bread anymore.

And yes!…I have a new favorite bakery that I love. They’re really nice, their bread (like this Campagrain shown above, which costs 1.10€) is terrific, and last week I didn’t have the extra 10 centimes and…get this…they let it slide!

I outta write them up…oh, wait. I still have to get to part II of the caramel post. Soon…soon…

In the meantime, back to Facebook….er…I mean, back to work… 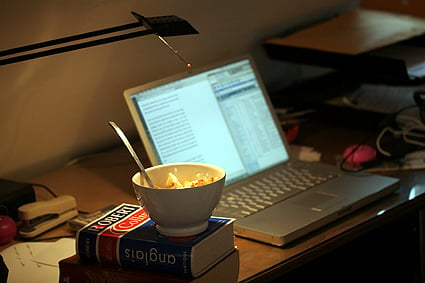