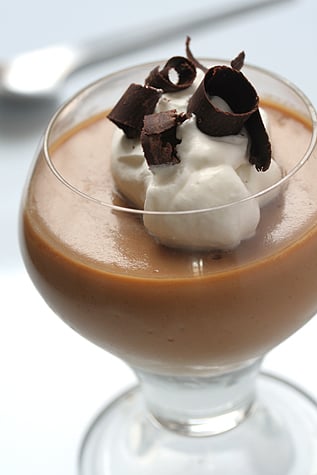 Even people voted off have achieved a personal goal of fitness and weight loss. So The Biggest Loser 2 isn’t necessarily The Biggest Winner. Call me sappy, but it’s nice to see a program where competitors support each other to achieve their goals.

I guess I’ve been away from the states for too long…I know, I know…pas américain!

Hence, every Monday night for the past few weeks, I’ve tucked myself into bed and watched 3 episodes of The Biggest Loser 2 back-to-back. In France, that’s not that much time since there’s usually only one commercial break in a program. So a one-hour American tv show lasts about 19 minutes. The finale is next Monday and I can’t wait. But the contestant that got the boot last night cheated and ate 9 brownies. 9 brownies! She got busted by the hidden camera which, thank goodness, I don’t have one around here.

Unless there’s something you guys aren’t telling me…

Because I’m a person of the highest moral character, and not a loser, I’m keeping my end of the deal here with my fantastically-creamy, hyper-delicieux Butterscotch Pudding. It’s a recipe which I’ve updated from my second book, Ripe For Dessert, which is going out of print and just a few soon-to-be-rare copies remain. So if you want one, now’s the time to grab it.

For the absolute best flavor, I like to use cassonade, a natural brown sugar which is easily available in France. Because it’s more acidic than ordinary brown sugar, the warm pudding may get slightly curdled after it’s cooked. If so, simply whiz it until smooth in a food processor or blender, noting that if you use a blender, do it in two batches and secure the lid since hot liquids can be dangerous if the blender container is more than half-full. You might want to drape a kitchen towel over the lid as well, just to be sure. 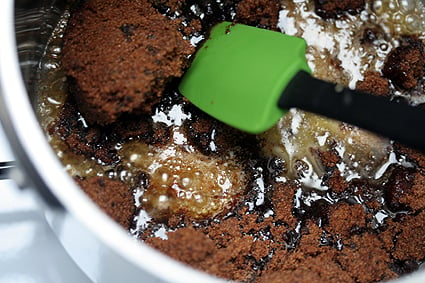 You’ll also notice I add a splash of whiskey. One theory is that the name ‘butterscotch’ is a derivation of ‘butter-scorched’. Others say it that it meant ‘scotching’ or cutting, which they did to slabs of buttery, creamy caramels when making candy.

Although the name implies it, it doesn’t have to have scotch or whiskey in it, but I find the flavors marry so well that I can’t resist adding a little shot. I once worked with some Mexican cooks who were stunned to see me adding vanilla to their beloved flan. I had no idea I was committing heresy against an entire nation. (Which wouldn’t be the first time…) But as I like to say, that’s one of the beauty of being an adult: you can make those decisions for yourself.

But one decision I refuse to let you make is to be one of those people that wants to press plastic wrap on top of the puddings to avoid that delicious, chewy skin that forms on top.

If you don’t like pudding skin, why are you eating pudding in the first place? That’s the best part and you don’t want to be in the category of a big loser. 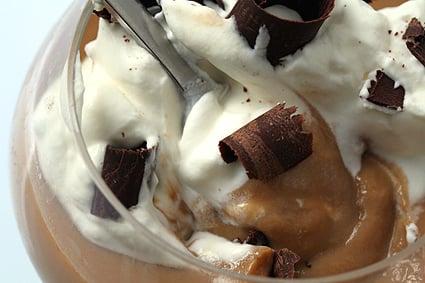