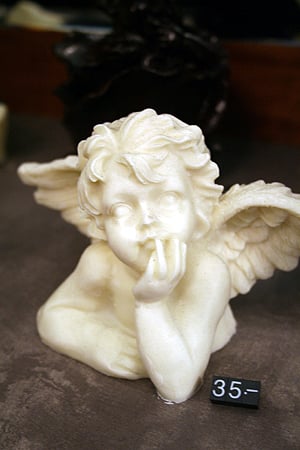 “Hmmm. Where would you send someone looking for a romantic dinner in Paris?”

One of the questions I’m rather frequently-asked is for romantic restaurant recommendations in Paris.

But I know there’s folks out there looking for something with a little more panache.

There’s Le Ciel de Paris, overlooking Paris, with spectacular views and groovy Knoll chairs. And the food isn’t bad, but some people look at me skeptically when I tell them they’ll be eating atop the highest building in Paris.

(Personally, I think it’s kinda cool and not as touristy as one might imagine. But I’m a sucker for those Knoll chairs.)

Of course, there’s also Le Grand Véfour, which is one of the most gorgeous dining rooms in the world. Except I always have to include a caveat about the prices, since it’s one of the most expensive restaurants in Paris.

And who can resist Le Grand Colbert, which brings up images of being seduced by Diane or Keanu over roast chicken and Champagne?

But I’d like to know if anyone has any recommendations for some nifty places in Paris that are cuddly, sexy, and good for schmoozing—where the final bill won’t kill the mood afterwards.

(The angel above is a chocolate sculpture from Jean-Charles Rochoux, one of my favorite…and most romantic…chocolatiers in Paris.)