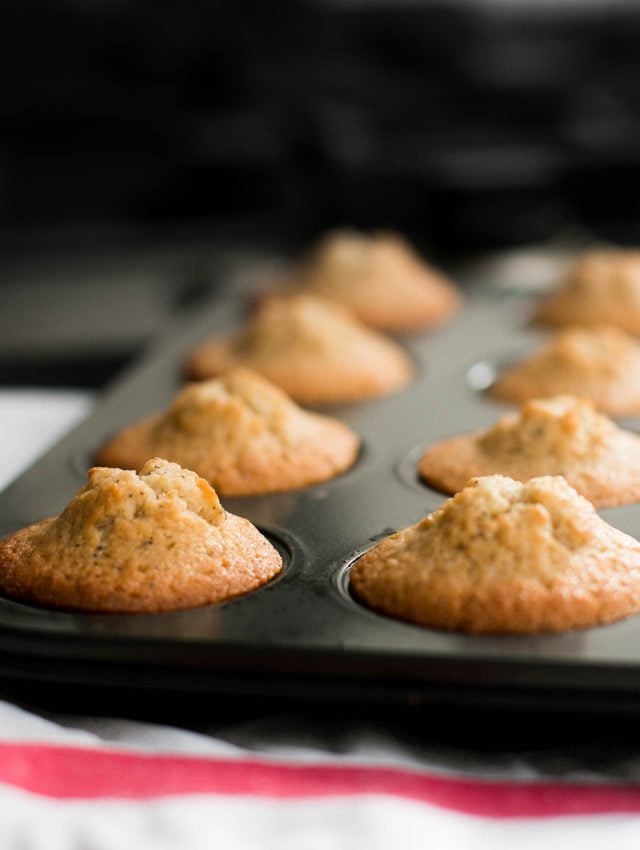 One my favorites, of all French pastries, is the financier. Enriched with nuts, and moistened with butter, almost every bakery you go into has them. They come in different sizes, shapes, and even flavors; almond is the most popular, but you’ll sometimes come across financiers made with ground hazelnuts or pistachios. I like them all. There are a few theories how this mini-gâteau got its curious name. 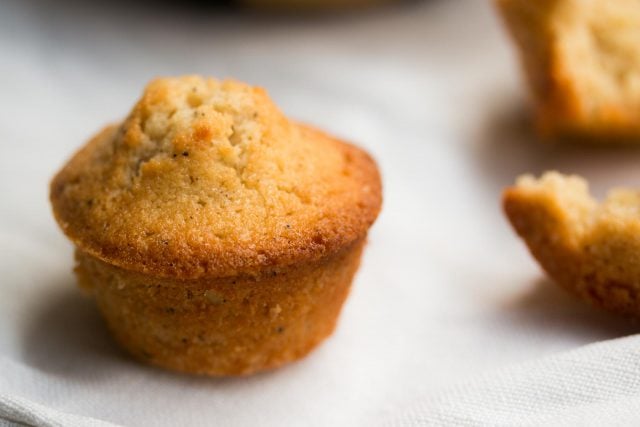 One is that, traditionally, they’re baked in small, rectangular molds.  Once baked and unmolded, the little cakes resemble bars of gold. Another is that even adults in France are known to indulge in an afternoon sweet stop at their local bakery, for their goûter. Because people who work in the financial industry normally wear nice outfits or suits, something that’s neat to eat is appreciated, so they can stay presentable when heading back to the office. 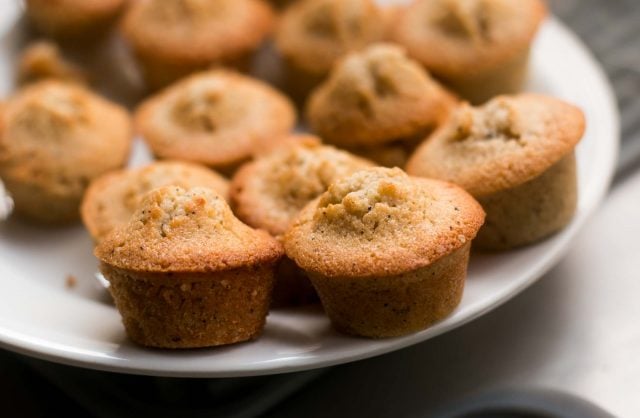 I don’t have to worry about that, nor has anything come out of my oven turned to gold. (Quelle dommage!) But when I found myself with some leftover brown butter from infusing it in bourbon for Brown Butter Old Fashioneds, since I treat butter like gold, instead of tossing it, it got repurposed as a base for a batch of financiers.

Using browned butter keeps the butter flavor even more in focus. Some people get a little anxious when they see dark specks in pastries and desserts; I once had a waiter ask me what the dark flecks in the vanilla ice cream were. When I told him they were vanilla beans, and asked him (incredulously) what he thought they were, he replied, “I thought they were dirt.”

So after you brown the butter, when pouring it out of the pan, you don’t want to scrape up too much of the dark bits at the bottom of the pan, but I don’t mind a few in my cakes (in fact, I prefer them), so don’t fret too much about having a few in your batter. These cakes are also very forgiving, which is why so many bakeries in France offer them. They’re easy to make, keep well, and are the perfect afternoon snack – or as the French say, un snack. 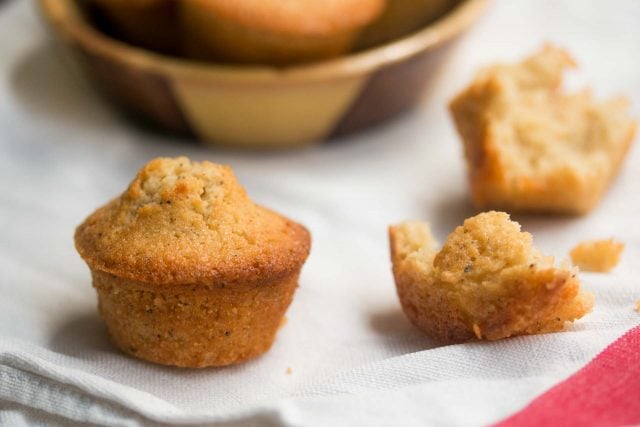 For financiers, I use mini-muffin tins, which are easily available. I'm not a fan of silicone bakeware but know that some people like it. This batter is pretty forgiving so can be baked in madeleine molds or even in larger muffin tins, filling them only about halfway. If you use another size mold, you'll likely need to adjust the baking time; bake them until browned on top, and the feel just set in the center when you touch them. As mentioned, I made these with leftover brown butter from the Brown Butter Old Fashioned recipe. I started with 4 ounces (8 tablespoons/115g) of butter, which yielded the amount called for in the recipe. If starting from scratch, and making your own brown butter, start with that amount of brown butter, then you can measure it out when it's browned and cooled. (If you need a bit more butter, you can simply add a bit of melted butter to it, to reach the 2 1/2 oz/75g amount. There are links at the end of the post with detailed instructions on making brown butter.
1 cup (140g) almond or hazelnut flour
3/4 cup plus 2 tablespoons (180g) sugar
5 tablespoons (45g) flour
generous pinch salt
4 large egg whites, at room temperature
1/2 teaspoon vanilla or almond extract
2 1/2 ounces (75g) brown butter, slightly warm (liquified)
1. Preheat the oven to 375ºF/180ºC and butter the insides of 24 mini muffin tins generously with softened, not melted, butter, making sure the butter the upper rims of the indentations.
2. In a medium bowl, mix the almond or hazelnut powder, sugar, flour and salt. Stir in the egg whites and vanilla or almond extract, then the browned butter.
3. Fill each indentation of the mini muffin tins almost to the top. Rap the tins sharply on the counter to level the tops, then bake for 13 minutes, until nicely browned. Let the financiers cool in the tins, then remove them, using a sharp knife to help release them, if necessary.

Storage: The financiers can be stored in an air-tight container for up to one week. They can be frozen for up to two months.