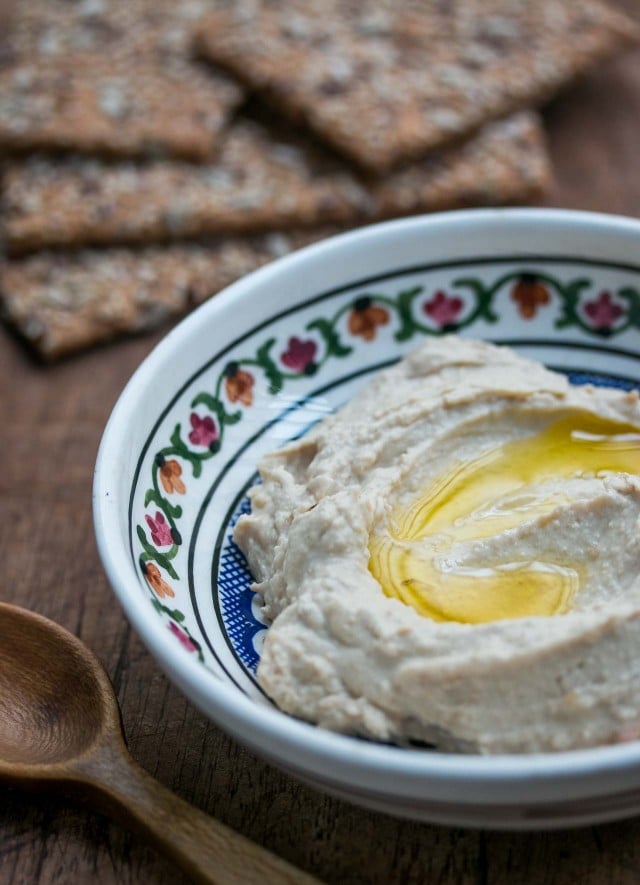 Farmers would come in lugging crates of dirty root vegetables, crispy radishes, and slender green pea pods, and we’d make what we wanted with them. The food wasn’t especially fancy, but we did do some creative things and almost everything was delicious that we whipped up. This was years before the farm-to-table movement because so widespread, but it was the same concept. 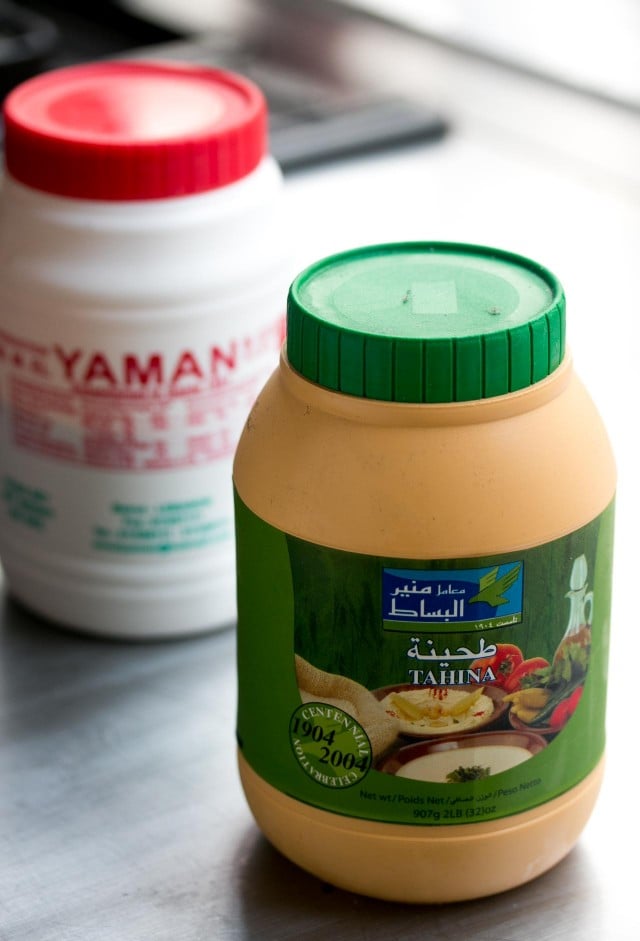 Because it was a vegetarian restaurant, and with the rather harsh climate in the winter, some of the food had to be hardy to sustain our customers through the tough winters. Hummus was really popular there, as it is in the Middle East, where I had it later in life and discovered just how wonderful this dip can truly be. So nowadays I stockpile tahini when I go places like Lebanon and Israel, and use it frequently. (I even went to a hummus factory!) In the U.S., an excellent brand is Soom. 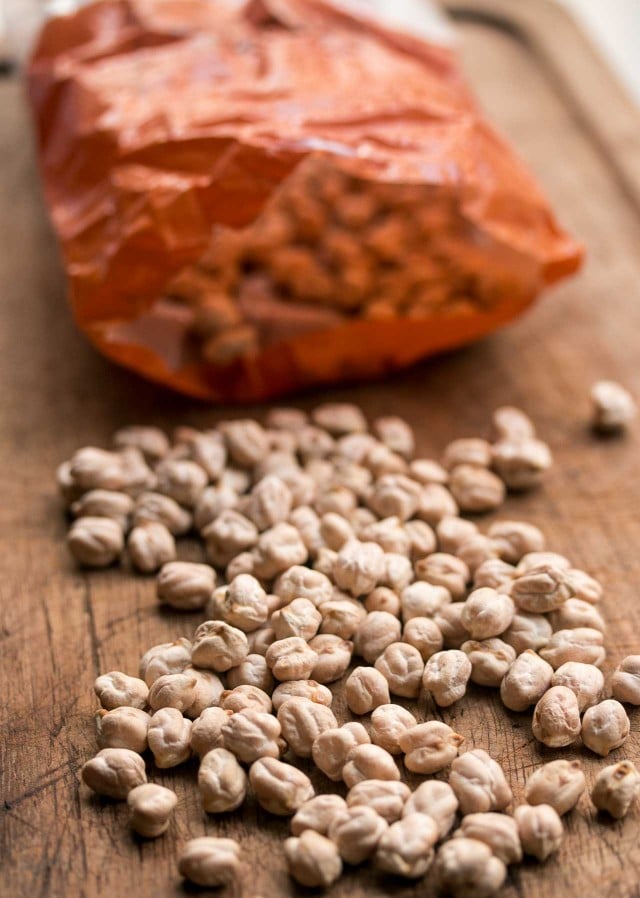 I usually use dried chickpeas for my hummus recipe, but for ease, the jarred or canned ones mean that you can make a batch in minutes. 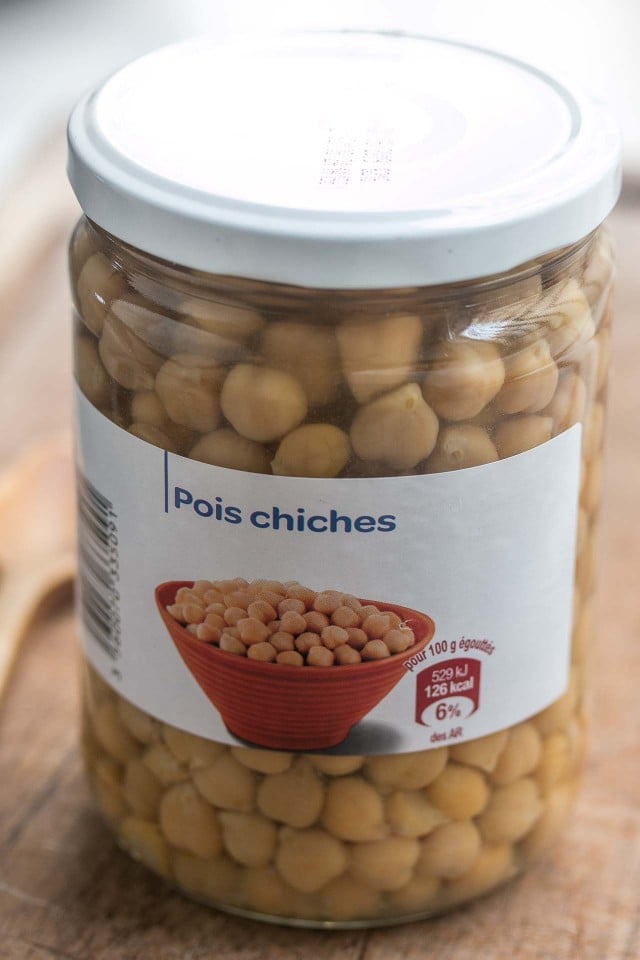 Traditionally hummus in the Middle East isn’t flavored. A glug of olive oil in the traditional, but there are lots of other possibilities. I’ve mentioned at the end of the recipe, but whatever strikes your fancy will do. I try to keep hummus around for a quick snack with crackers but it’s also nice as part of an assortment of Middle Eastern and North African appetizers, such as Eggplant Jam, Baba Ganoush, Roasted Peppers, and Cucumber-Feta Salad. 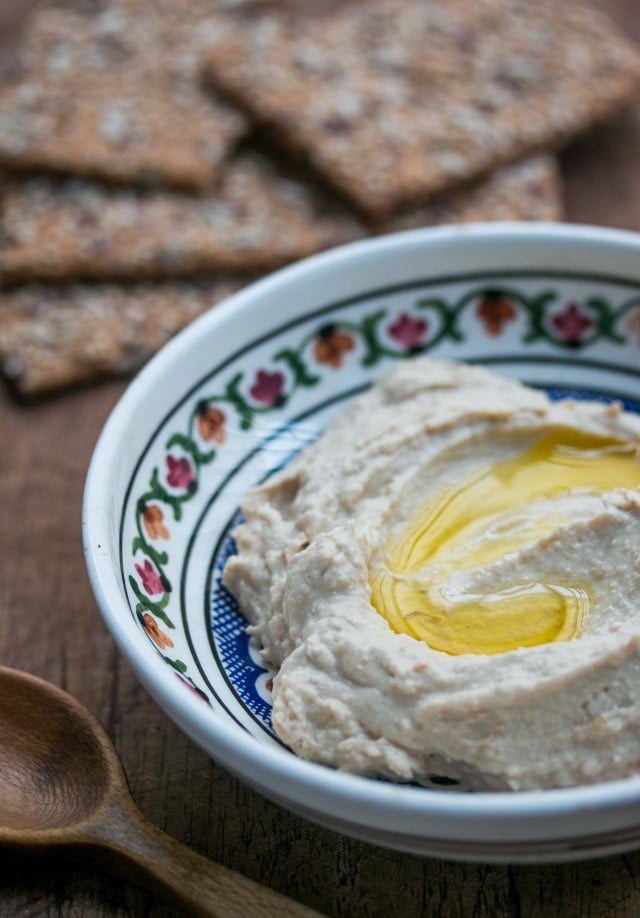 Adapted from the Cabbagetown Café Cookbook (Crossing Press) by Julie Jordan Hummus makes a great tartine – an open-faced sandwich, although it’s also a great dip. Try to find good-quality tahini for hummus, such as Soom. Check local natural food stores and markets specializing in Middle Eastern ingredients. If cooking your own dried chick peas, it takes about 1 cup (140g) of dried chickpeas to make 2 cups (350g) of cooked ones. Rinse them well and sort them to make sure there is no debris in them. Cook them in plenty of water, replenishing it if necessary, with 2 teaspoons of baking soda, which helps soften them. For very smooth hummus, removing the skins after they are cooked will yield a smoother dip.

Serving: I make a well in the center and drip in some good olive oil and add whatever strikes my mood, from red pepper flakes to za’atar. Chopped toasted nuts are nice, such as hazelnuts, as are seeds or fresh herbs. Serve with toasted pita chips, baguette slices, raw vegetables or whole wheat crackers. Storage: Hummus will keep in the refrigerator for up to four days. You can also freeze hummus, well-wrapped, for up to two months.
Pin237
Share34
Tweet
271 Shares