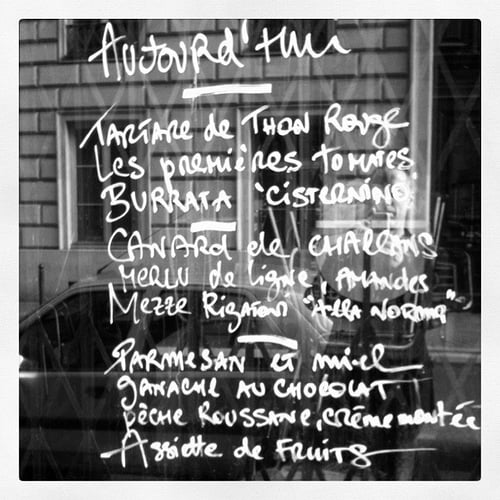 I’d arrived early this weekend at one of the “hot” restaurants in Paris, where I was meeting a friend for dinner, so I chatted up the barman while having a glass at the bar. Since it’s one of my favorite restaurants, I asked him how things were going because I want them to succeed and continue. He replied, “Well, we just had three groups of people who had reservations at 7pm, who didn’t show up.”

For a place that has fewer than a dozen tables, that’s a substantial percentage of places that could have gone to someone else. Many restaurants in Paris are small and it’s hard to absorb the loss of not having all – or most of – the tables filled, when they could be. And because costs to employ people are extremely high in France (higher than you might imagine), only the fancy places can afford to have a dedicated reservations person to keep track of who is coming and who isn’t. The rest rely on waiters or the bar person to answer the phone and write reservations in the book. So when you call and they seem harried, it’s usually because they are talking to you while serving customers or welcoming people walking in the door. 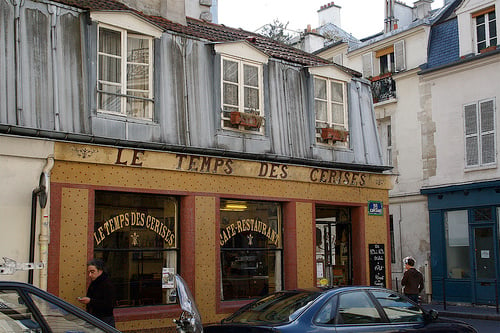 It’s unfortunate that someone would reserve a table, especially at one of the highly coveted tables, then simply not show up. True, there are emergencies. But I know from working in restaurants and talking to hosts, the impact that “no-shows” have. Some people have said to me that they feel nervous about canceling a reservation. Maybe it’s because they made a commitment but can’t make it. Restaurants, especially “hot” ones, can always find people to fill tables, even at the last-minute. So call and cancel.

The situation got so bad for three-star restaurants, which are usually booked far in advance and tables are at a premium (in spite of the lofty prices) that I was told that the reservation agents would call each other that day and if someone had a reservation at several of them, they would all cancel them out.

So if you’re not going to be able to use your reservation – even if it’s two minutes before you are supposed to be there – call the restaurant and cancel. There are invariably walk-ins that would love one of those spots, and most places can instantly fill an empty seat.