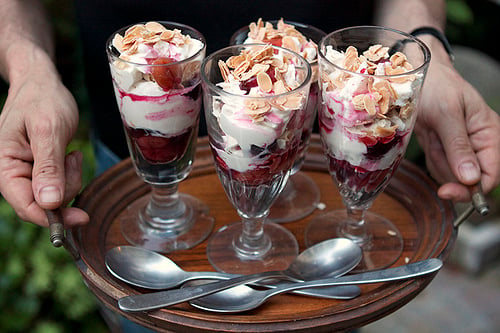 Faced with an overload of cherries, I had no choice but to make a mess. On a trip to London, and at a dinner in Paris, I was served a couple of messes, an English dessert that traditionally incorporates whipped cream, crumbled meringues, and berries. But like most messes (present company included), they can often go in unusual – and unpredictable – directions. 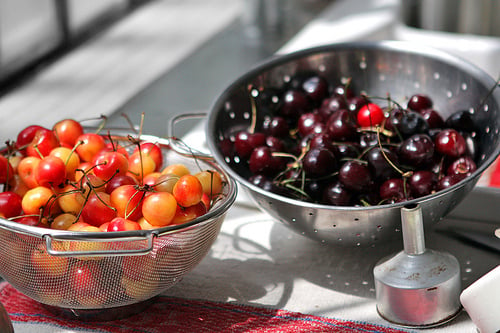 Over the years, it’s evolved and I’ve seen versions that use everything from stewed rhubarb to tropical fruits. Since we are smack-dab in the middle of cherry season, I can’t resist hauling as many as I can carry home and eating them right off the stem. I keep buying several kilos of cherries at a time while other market shoppers around me are having the vendors weigh little brown paper sacks, most containing a mere poignée (handful) of cherries, and they seem to be content with that. 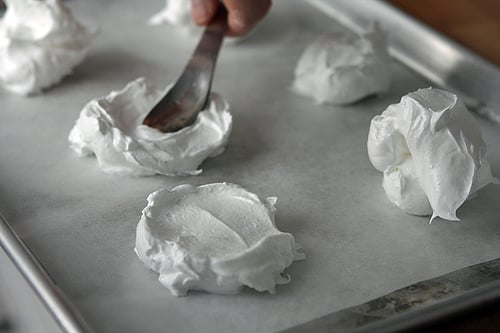 I made a mess – actually, I made four – for Bastille Day, or le quatorze juillet – July 14th, (or la Fête Nationale), as they say in France. On a slightly related story, a few years ago I was in the Bastille and some tourists sidled up to me and asked, in halting French, where they could find the Bastille prison. I felt bad telling them that the prison was no longer there – aka the French Revolution – but told them there were remnants of it used to build another greatly feared institution that now rests there: un banque. 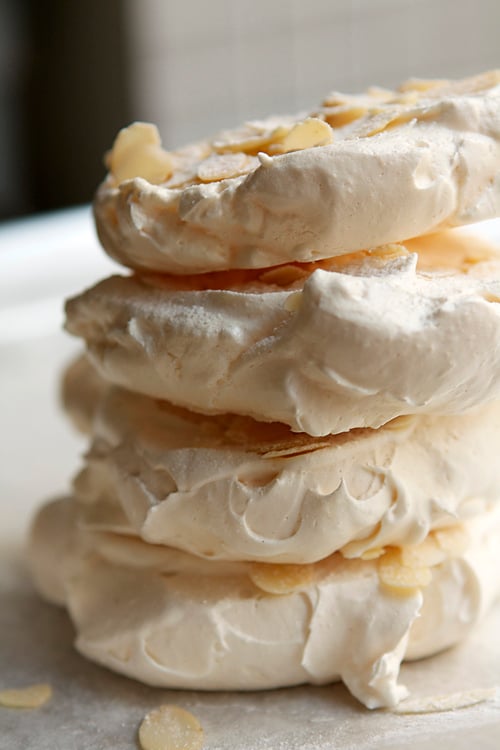 In France, it’s a day of picnics or whatever; there doesn’t seem to be any cohesive “menu” items, although just to be sure, when I asked Romain what people ate on Bastille Day, he looked kind of puzzled, and finally said “Méchoui.” (North African roasted lamb.) Indeed, if you live in the Provinces, the village and town celebrations often feature roasted meat of some sort if there is a communal celebration. But I wouldn’t take that as cast-in-stone and I’m sure the most important thing is to have plenty of wine, especially rosé, on hand.

But basically, people just get together and the day informally marks the start of summer, when the last wave of les vacances kicks in and people desert the cities in droves, leaving the rest of us behind to eat all the cherries. So as I wandered the half-empty market this week by my lonesome, I continued with my weekly cherry haul and felt perfectly comfortable making a mess for this year’s dessert. 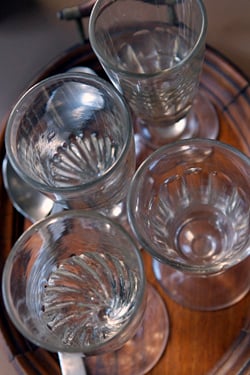 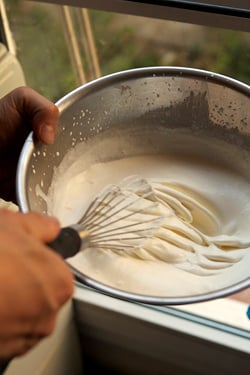 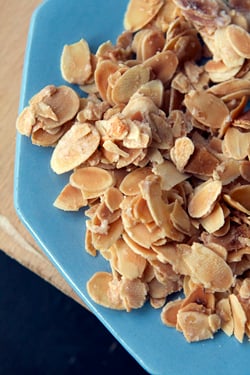 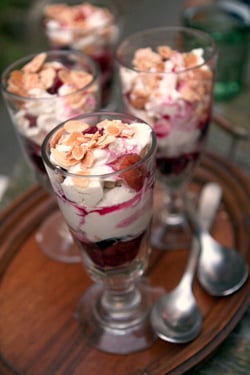 I made a version with both cherries and almonds, two flavors that go particularly well together. If you’re not a fan of almonds, simply use vanilla in its place. That’s the good thing about being an adult – you can do whatever you want. 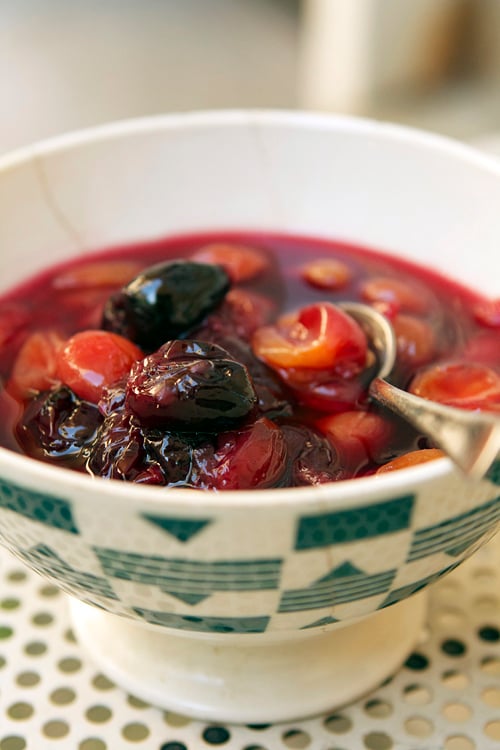 Most of the components can be made in advance. You can make the cherry compote a day before; a leisurely rest will give the juices time to thicken nicely. The candied almonds and the meringues can be made up to five days ahead, and each can be stored in a separate air-tight container at room temperature, so you can enjoy spending more time with friends, whatever and wherever you’re celebrating. 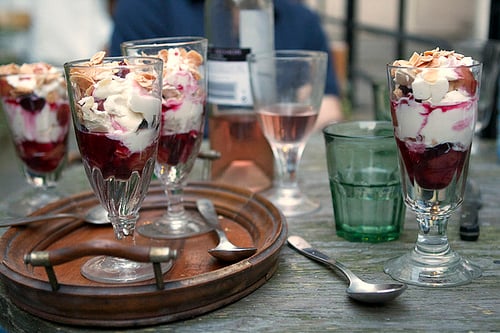 Feel free to swap out fresh berries for the cherries; hulled and quarter strawberries, raspberries, and blackberries all are good. Toss them in a generous sprinkle of sugar, and perhaps a spoonful of kirsch. If using berries, you can fold some of them into the cream with the meringues to make a more cohesive “mess.” (But if you fold the cherries into the cream, because they are so juicy, them will make the cream too loose and affect the color.) To take it easy, you can buy and use pre-made meringues, although since I always seem to have extra egg whites on hand, I make them myself. Because it’s hard to make meringues with just one egg white, you will have extra meringues left over; extras can crumbled over ice cream or frozen for future use.

For the cherry compote

For the candied almonds

For the whipped cream and assembly

Variations: If you’re not a fan of almond flavoring, substitute vanilla extract for the amaretti liqueur in the whipped cream, to taste. For those fortunate to have access to fresh sour cherries, replace some of the sweet cherries in the compote with pitted sour cherries. Similarly, you can add a handful of dried sour cherries to the fresh (sweet) cherries, adding them toward the end of cooking.
Pin316
Share184
Tweet
500 Shares