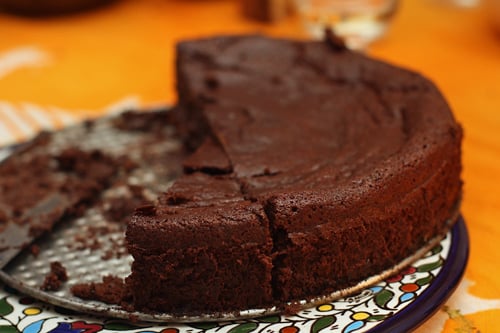 A while back, there was a spate of books about how to ‘sneak’ ingredients that are ‘healthy’ into food for your kids, to trick them into eating better. (Raymond Sokolov wrote an excellent rebuttal to that.) And recently there have been a few books written about how kids in France eat, and behave, better than their counterparts elsewhere. I can’t really comment on them in-depth because I haven’t read the books, but I do know two things from my own observations.

One is that no matter how – or where – kids are raised, the proof of the pudding is how they behave once they are all grown up. In fact, the worst insult you can say to a French person is to call them mal élevé, or “badly raised.” And speaking from experience, I don’t recommend calling someone that—unless you are prepared to deal with the consequences! 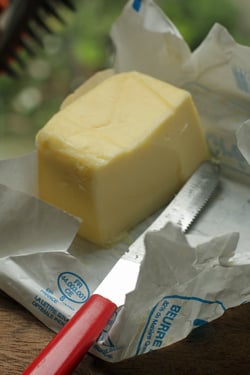 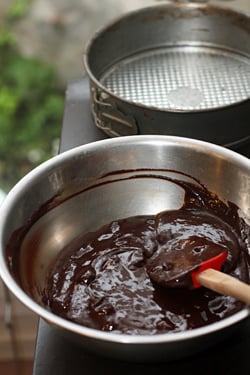 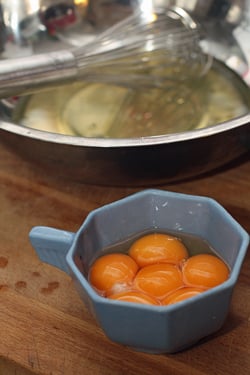 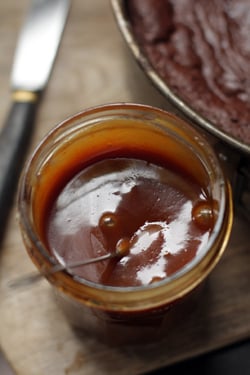 The second observation is that yes, it’s true that French kids do eat what adults do, and they don’t make a fuss about it. I was recently at a local crêperie and the family next to us was feeding their small children blood sausage, which I would venture to say might be a tough sell to most kids in America.

(Someone I know recently asked me for a restaurant recommendation for a family who was traveling to Paris with two well-behaved kids to France, and my advice was to take them anywhere they would eat themselves.) 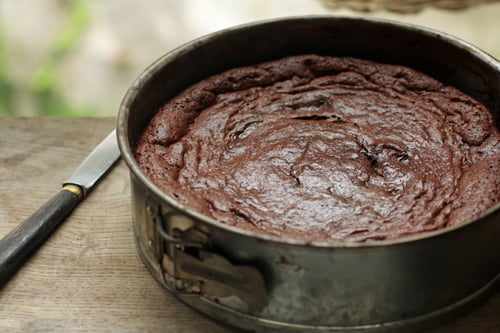 Prunes are another tough sell there as well. However the French have the most wonderful Pruneaux d’Agen, which are tender, sweet, and slightly spicy at the same time, and no one has a problem eating them or using them in savory cooking, like Duck with Prunes.

Prunes also make them excellent candidates to be buried in a cake made with lots of with dark chocolate. I marinated the prunes in rum then stirred them into the warm chocolate. 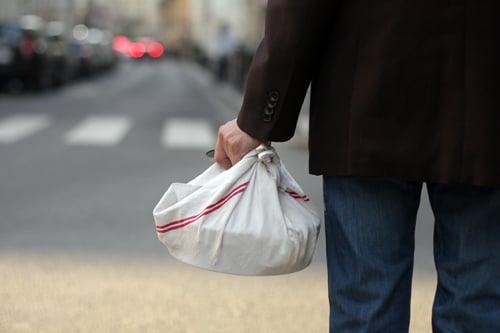 Once cooled, the cake made its way across Paris, to a dinner party, and not one person asked what was in the cake as I was slicing and serving it. Even as adults, the French don’t ask twenty questions in restaurants or if they’re guests at dinner parties, possibly the result of being raised to eat everything that’s offered.

When one of the prune bits fell out, someone exclaimed how much they loved prunes – and he then had seconds, and thirds. Of course, a warm, rich puddle of salted butter caramel sauce (from my Paris book) helped it go down, and by the end, the hostess asked me if she could keep the rest of the uneaten sauce. Being bien élevé, or well-raised, of course, I said yes. 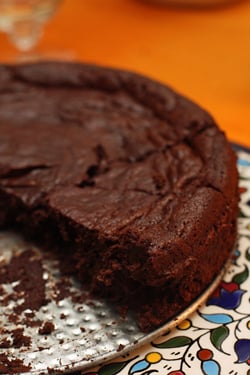 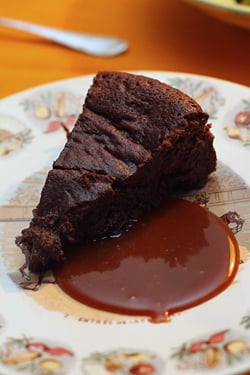 Feel free to swap out another dried fruit for the prunes (sometimes called “dried plums”), such as figs, cherries, or apricots, although do give the prunes a try they have a wonderful affinity to dark chocolate. You can also use another liquor, such as port, red wine, or bourbon. For those avoiding alcohol, black tea makes a good substitute, especially one that’s flavored with black currants.

Storage: This cake can be made up to three days in advance, and stored at room temperature. It can also be frozen for up to two months.

The Truth About French Parenting (The Atlantic)