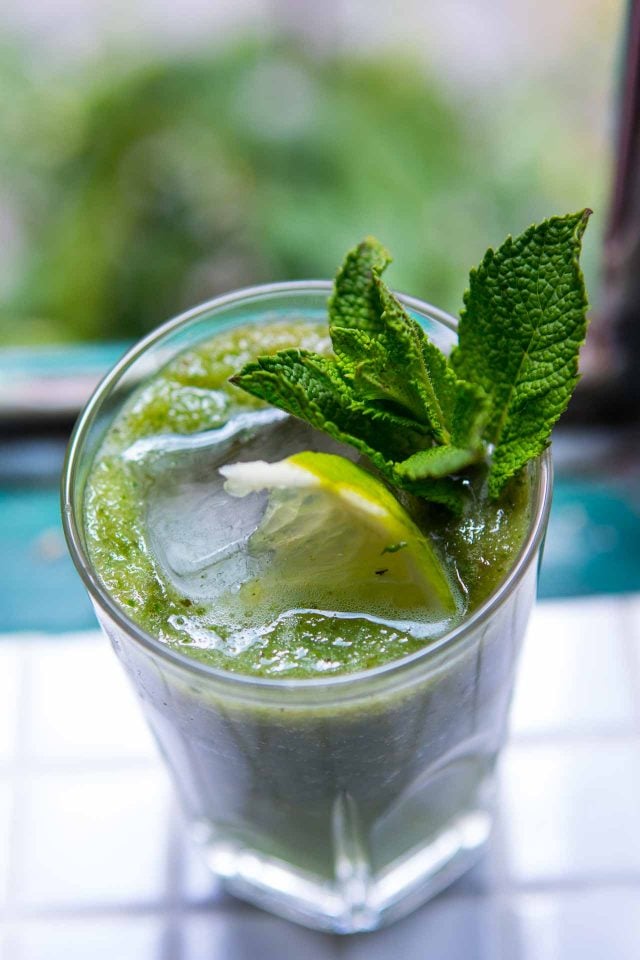 I was astonished when I was eating a sandwich at Mokoloco, which I can pretty confidently say makes the best sandwiches in the world. Okay, perhaps that’s a bit of hyperbole, but every sandwich I’ve had there has been spectacular. From the Cuban sandwich made with pulled pork, ham, pickled vegetables, spicy mustard, and griddled on house-made bread, to a Katsu Meatball “burger” served with anchovy mayonnaise on a toasted brioche bun, it’s always a tough decision to decide which to have. The menu changes daily so you never really know what’s going to be on offer, but lately they’ve been doing an excellent Fattoush salad, the best I’ve ever had, which I guess I should be glad is a seasonal thing because I’d be in there every day they’re open, all year round.

The restaurant is owned by Moko Hirayama and Omar Koreitem, although calling Mokoloco a restaurant is a bit of a misnomer. (The couple owns the nearby Mokonuts, which became so popular that they created Mokloco sandwich bar to offer more casual fare.) It’s a sandwich bar in the best sense of the word, with the friendly staff making sandwiches and salads to order, handing them off to customers who either get them to go, or to enjoy perched on a stool in the sparse, modern space.

At Mocoloco, Moko makes this as a “base” which she keeps refrigerated and adds cold water to when it’s time to serve. We did a video of her making it here, in case you want to see her in action.

When Moko makes this at Mokoloco, she makes the "base," which is the recipe below. When an order comes in, she pours some in a glass, then adds an equal amount of cold water to it. The best kinds of cucumbers to use are the long cucumbers, often referred to as English cucumbers, although they're sometimes just called "seedless" or less-elegantly, "burpless." Smaller Persian cucumbers could also be used. The plump, seedy cucumbers usually sold in American supermarkets (the Dasher variety is one such cucumber) can have tough skin and those pesky seeds. If you use one of those, you probably want to remove a little over half of the skin, and definitely scoop out the seeds (which can be bitter) as well. Because you are using the skins, organic cucumbers and limes are preferable, although not always available. Moko told me she sometimes uses as much as 80-100g (1/3-1/2 cup) fresh lime juice. An average lime yields about 2 tablespoons of lime juice. I found that too much overwhelmed the other ingredients, but feel free to add additional lime juice, more than I used in the recipe below, to taste. I also toggled the amount of sugar; you can start with the smaller amount (6 tablespoons/75g) and add more if you'd like. If you have a high-powered blender, this is a great place to use it.
1 large English or seedless cucumber, unpeeled, (see headnote)
3/4 cup (8g) loosely packed fresh mint leaves
6 to 8 tablespoons (75-100g) sugar, preferably granulated fine natural cane sugar
2 medium limes, preferably unsprayed
pinch of salt
Fresh mint, lime, and/or cucumber, for garnish
1. Cut the cucumber into cubes. Put them in a blender, preferably a high-powered one, along with the mint and the sugar. Zest the limes right into the blender then add the juice of the limes to the blender along with a pinch of salt.
2. Cover the blender and blend at high speed until the mixture is completely pureed. It'll take a little longer than you think, so don't be afraid to really blitz the ingredients.
3. If you plan to serve the Cucumber Lime Cooler by the carafe or small pitcher, measure the amount of the "base" (it should be around 1 cup/250ml) then add an equivalent amount of cold water to it and blend them together. Chill thoroughly, or serve immediately with ice. Garnish with mint, lime and/or cucumber.

Notes: As mentioned, Moko keeps the "base" in the refrigerator and portions out each glass when the orders come in. See the headnote for details, or use the instructions at the end of the recipe to serve it by the carafe or small pitcher. You can easily double or triple the recipe if your blender has the capacity.

To make a lovely summer cocktail, mix 2 ounces of the base with 2 ounces of cold water, still or sparkling, in a tumbler. Add 1 ounce of mezcal and 2 teaspoons of triple sec (optional) to the glass. Stir briefly and add ice. Garnish with mint and lime or cucumber.