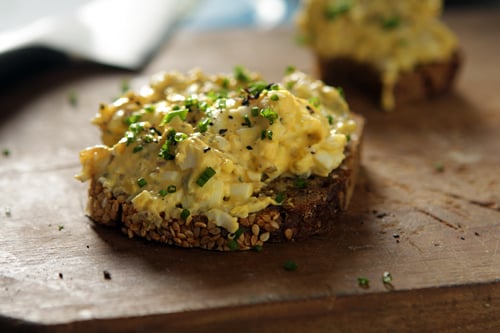 I’ve wanted to talk to you about Isot for a long time, but the little packet I opened sat on my counter for a few weeks, waiting to go into something else. But it wasn’t until I found myself with an overload of eggs, and an odd craving for an egg salad sandwich (something I haven’t had for years) that I found a way to feature this curiously delicious pepper, which has fruity and spicy nuances happening at the same time.

Isot is also known as Urfa Biber, and is a deep-purplish ground pepper. Whereas pomegranate molasses was all the rage a few years ago, Isot kind of got overlooked. And because I’m constantly asked “What’s the next food trend?” whenever I get interviewed, I’d like to propose Isot. It was given to me as part of a Turkish care package by Cenk, when he came to visit from Istanbul. And ever since I ripped open the curious little packet of pepper, which is the color of burnished eggplant skin, I’ve been intrigued by the thought of putting it in – or on – something else. 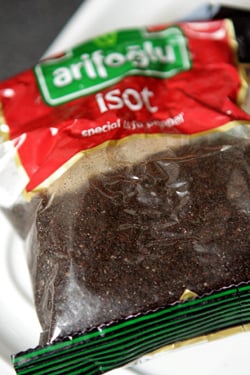 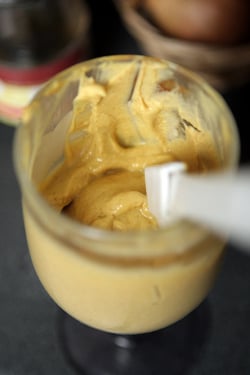 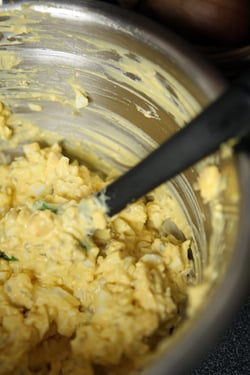 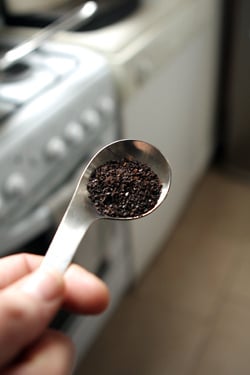 I found myself overstocked on eggs because a few weeks ago, my local grocery store had a promotion on free-range eggs. After watching a television program on how “caged” chickens are treated here and elsewhere, I decided a while back to use free-range eggs as much as I can. I go through a lot of eggs with all the baking and so forth, so I bought eight or ten 6-packs of free-range eggs. (Of course, my ‘quantity-buying’ always startles the cashiers here in Paris.) Then I found myself embroiled with projects other than baking around here, including construction and moving house, so with my surplus of eggs, I made egg salad. 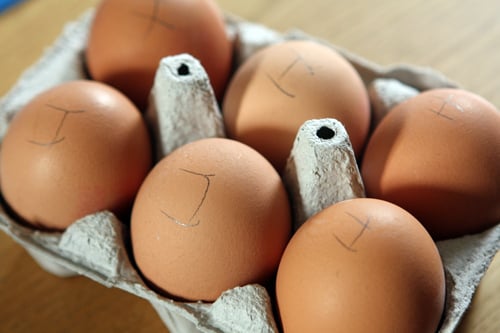 You can use any kind of spicy or smoke red pepper or chile powder that you wish. I know this is kind of radical, in a retro, hippy-dippy way perhaps, but a handful of sunflower seeds is very good in egg salad. So next time you make egg salad, you might want to try adding some. They have sort of a sly nutty, buttery taste and a subtle crunch, which acts as a nice counterpoint and pairs surprisingly well with a scoop of mayonnaise and the eggs. I do, however, draw the line at sprouts. Which I used to eat because I thought that you were supposed to like them, until I realized I that I didn’t. So I stopped. 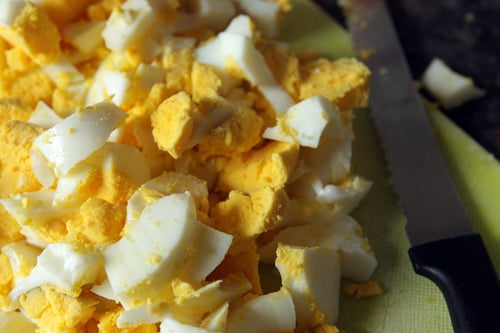 But I was happy to revisit egg salad, especially using an ingredient that was new to me. I spread it on some grainy bread, then I found myself scraping the last of it right out of the bowl.

My uncle once told me a funny story: about forty years ago, he once set out to make a recipe that called for capers and he thought that he would use fresh, rather than something from a jar. He looked and looked and looked and couldn’t find fresh. He could only find the pickled ones, which he later realized were how capers were prepared and sold. And now, every time I open a jar I think of his story. I like a little bit of chopped capers in my egg salad, or something a bit vinegary. You could also use some chopped cornichons or pickles – and their juice – in place of the capers. You can use any kind of pepper powder that you want. Note that if you use a red one, it will turn the color of the egg salad a somewhat fiery shade of red.

The Heat of the Matter (Gourmet)