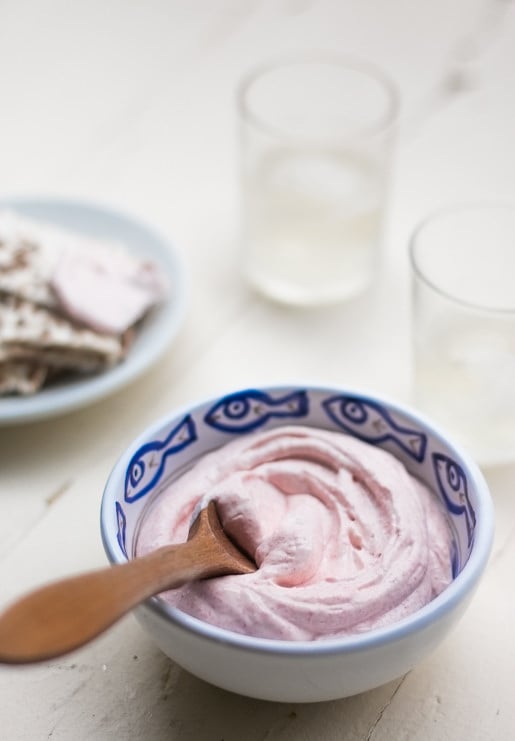 The first time I saw tarama, I hated it. It was a brilliant pink color, one not generally found in nature. And when I heard the paste was fish egg-based, I said, “Non, merci.” Since then, I’ve become a bit accro (hooked) on the Greek spread, and decided it was time to spread the word. 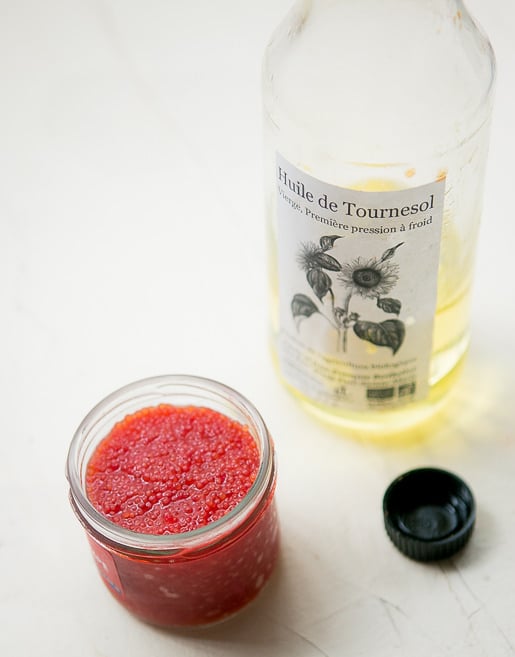 And I’m not the only one who’s become a convert. Tarama is a very popular appetizer in Paris, and doesn’t need much introduction here as it’s widely available – even in supermarkets, next to other spreads like hummus and tapenade. (So take that, people who think that the French don’t embrace foods from other cultures.) 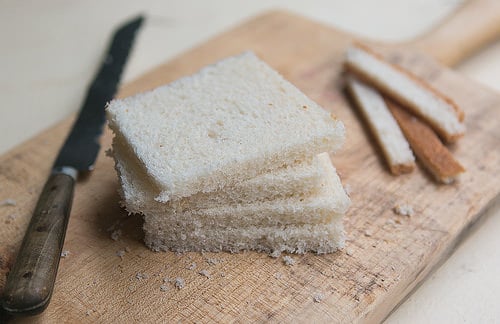 However it’s hard to find very good versions. Most of the little plastic tubs sold in grocery stores are particularly brightly colored, and don’t do the dip justice, although you can find good versions of tarama in Greek and Middle Eastern épiceries, as well as some of the shops in the Marais. Some versions are light in color, almost beige, making me wonder where they get their fish eggs. 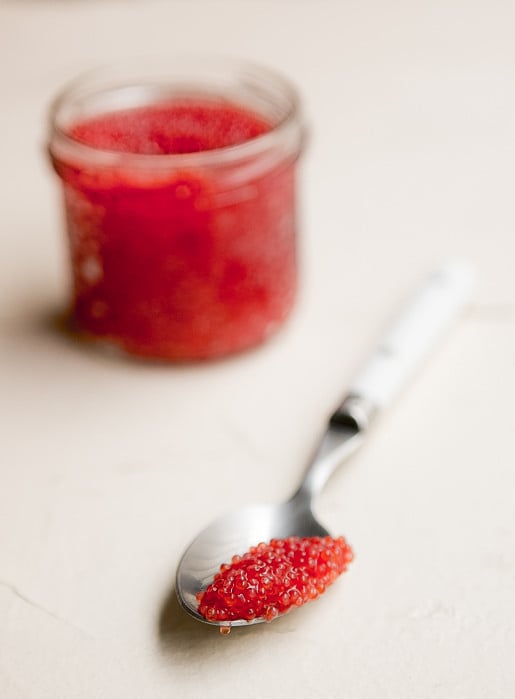 I made mine with œufs de lompe, otherwise known as lumpfish eggs. Farmed trout roe is milder, but can be used if it’s available — or another variety of salted fish eggs. Most grocery stores carry lumpfish caviar, but you can check your local fish market for what might be available in your area. 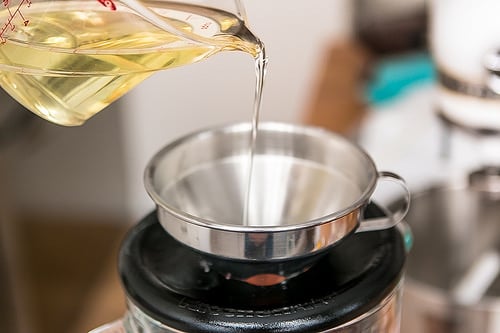 Tarama is an emulsion, made just like mayonnaise, but without any eggs. (And it’s not as finicky, either.) The thickening comes from bread (although some versions use potatoes), and a blender makes fast work of it. It’s good served as an appetizer with little toasts or crackers, and goes well with a light white wine. 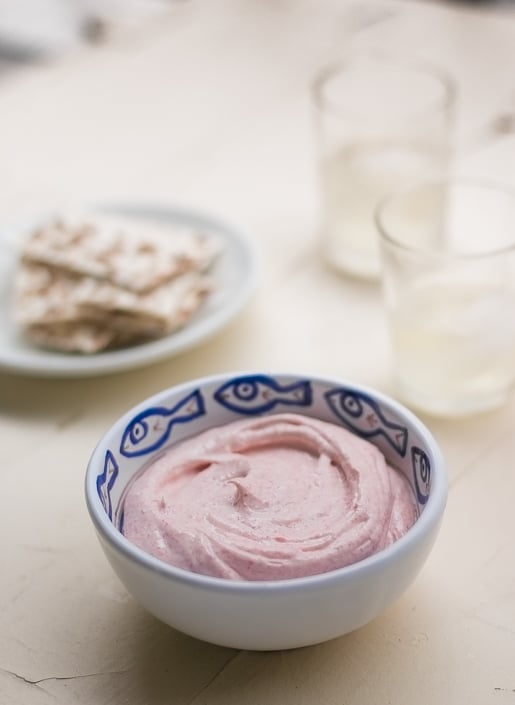 Some people like a bit of onion or garlic in their tarama. They don’t usually add them to versions I’ve had in Paris, but if you want to add them, use about 1/4 cup minced shallots or onions (red or white), in step 1 in place of the garlic. Not everybody uses garlic in their tarama and it does tend to compete a bit with the fish flavor. So you can leave it out if you want. But I like a small amount in there. It’s traditional to use codfish roe (eggs), which are harder to find in Paris than lumpfish roe, which I used. If you can find codfish roe – which are usually not tinted – feel free to use them. White pepper isn’t easily available, but adds a nice little bit of zip. You can leave it out or use black pepper, if you don’t mind the black bits. (I do, for some reason.) You can use a blender or food processor. I think it gets more whipped up, and thicker in a blender. If using a blender, you may need to stop it midway and scrape down the sides, as it may get too thick to incorporate all the oil.

Storage: Tarama can be made up to five days in advance, and refrigerated, well covered. I think it actually gets better after it sits for a day or two, so feel free to make it in advance.

How to make caviar (Honest Food)