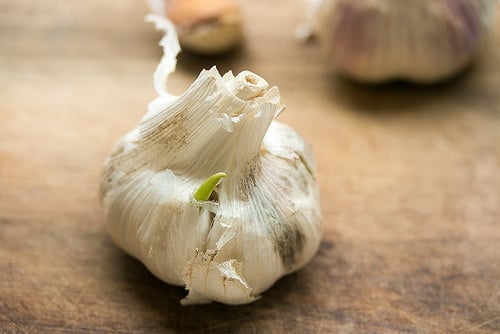 Garlic has a season, and depending on where you live, that season is usually spring through mid-summer. In France, we get ail nouveau, which are heads of garlic that are very plump and slightly soft, whose moist skin is tinged with a bit of pink. As it ages, the garlic becomes more rosy in color, and there is even a special “rose” garlic in France called ail rose de Lautrec, whose status is certified by the French government. As the months progress, garlic season ends and the remaining heads go into storage. 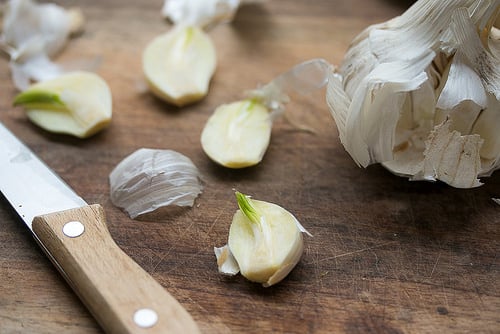 In France, garlic that has been kept is often referred to as ail sec, or dried garlic. And in many cases, during storage, those cloves of garlic will develop a green germ inside that is said to be bitter and should be removed. I know, because I’ve said that myself. But I’ve never really put it to the test. So when a friend, who worked closely with Marcella Hazan (an expert on Italian cuisine) told me that Marcella never removed the green germ (her reasoning being that since it was new garlic in the making, it was tender and not bitter), I figured it would be interesting to see – and taste – if removing it really did make a difference. 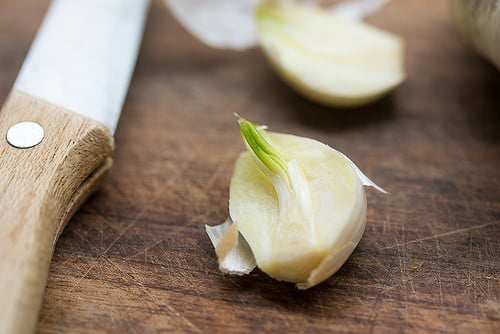 First up: I made a batch of mayonnaise using cold-pressed safflower oil rather than olive oil, so the taste of the garlic would be more prominent. (Hence the lighter color than traditional aïoli.) I divided the mayonnaise and for each batch of mayonnaise (85 grams each) I added 10 grams of finely chopped garlic, one with the green germ included, the other, without the green germ. Then I waited two hours for them to meld and take on the flavor of the garlic.

As a life-long green-germ plucker, I was surprised at the difference that it made. The garlic mayonnaise made without the green sprouts was lively and garlicky. The one with the green germ was just as garlicky, but had a bite and then a hot “burn” at the end when I swallowed it, which I found disagreeable. If I didn’t know that it had the green germ in it, I just might have assumed that was the garlic. But the difference was definitely there. 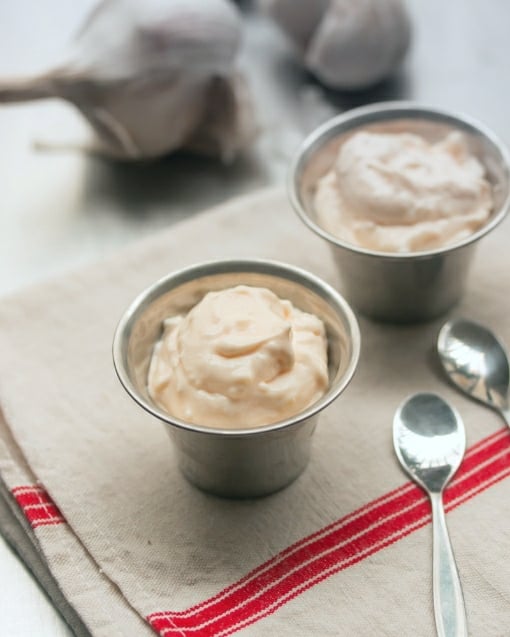 I also wanted to try it cooked. I thought about making chicken with forty cloves of garlic and comparing them side-by-side. But I didn’t know if I had the patience to peel eighty cloves of garlic, so I made two small ramekins of pasta with 1 teaspoon olive oil and 1 gram thinly sliced garlic (how I prefer it for frying since it doesn’t burn as quickly as minced garlic – especially if you start it in oil that isn’t hot), and a touch of salt. 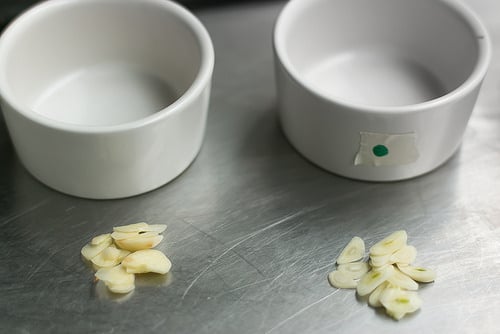 With the green dot marking which was which, I tasted them blind and although it’s hard to tell with pin-point accuracy, due to the garlic taking on a bit of color as I fried it (which masks some of the taste), the two pastas tasted almost the same; the browned garlic didn’t taste different in either version. 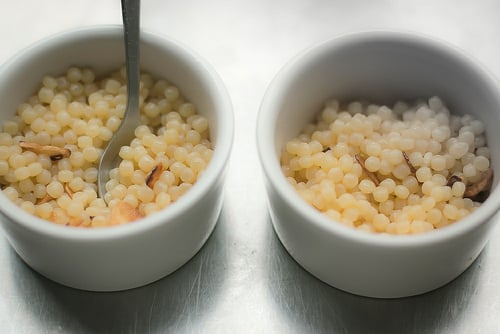 Garlic will be different depending on season, variety, and a host of other factors. But when using garlic raw, you should definitely remove the green germ. For cooking, even though it didn’t make as much of a difference in my little taste test, I still advise plucking out the green sprout from the center, which I will continue to do, mostly because it brings me the same joy as cleaning the lint filter on my dryer. And even if you’re peeling eighty cloves, you’ll probably want to get in on the fun and pluck them out, too.