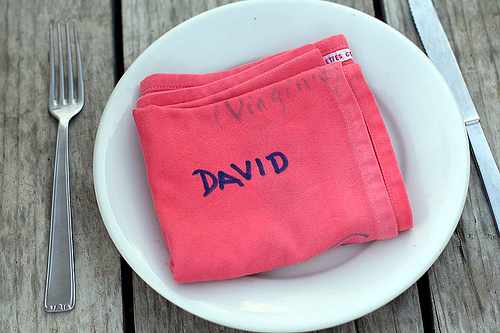 Last time I was in the states, because I had a few hours to spend strapped in a seat (on an airplane, folks—it wasn’t Folsom Street Fair weekend), a friend gave me a stack of magazines which track the comings and going of various celebrities. I know they were meant to be entertaining, but I must’ve been away too long, because I had no idea who about eighty percent of the people in the magazine were and if Suri Cruise or Ke$ha was strapped in next to me, I wouldn’t have any clue to how blessed I was to be in their celestial presence. 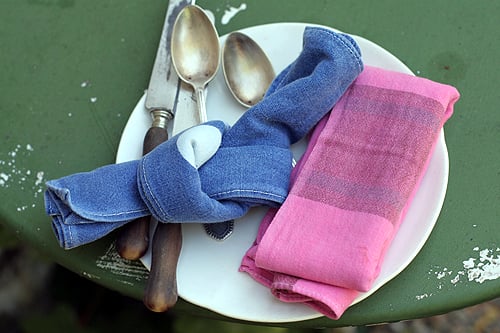 There were a lot of women with names like Trista, Jilly, and Bethany, who wanted to win husbands on television programs and were wearing turquoise dresses with remarkably sturdy-looking tetons and well-toned arms, which presumably meant they were ready for battle. I even learned of a crafty woman who was using her uterus to pick up a little extra spending money, even though from the looks of things, she had plenty of other things to already keep her pretty well occupied already.

There were also other stories about people who voluntarily get up in front of a lot of people and sing, then face stinging criticism from cola-swilling panelists and then the subsequent judgment of millions. The magazines seemed to infer that it was their dream. But if you ask me, aside from the classy Ke$ha as a seatmate, that’s my nightmare. 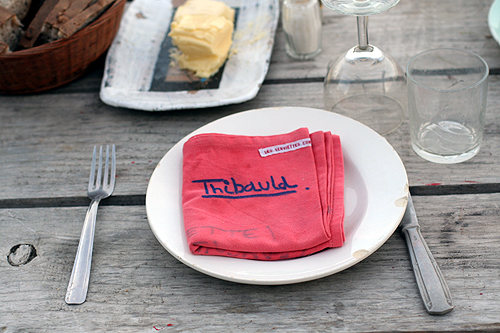 There was only one illuminating magazine that was keeping my brain in its full, upright position, preventing it from melting into an unrecognizable mass. The issue I was leafing through was devoted to celebrities who’ve gone “green”, and various articles extolled the virtues of that lifestyle even though they live in the most polluted cities in America.

In between the articles about how one star would feed their only baby organic raw foods from farms where the soil had been blessed by the Dalai Lama and another who was wearing an awful lot of diamonds and other questionable jewelery, but refused to be seen at an awards ceremonies coming out of anything but a Prius, the rest of the magazine was filled with ads for things like single-use, throw-away plastic toilet cleaner brushes, minivans fitted with trays for eating fast foods and televisions to play video games, and designer strollers so their kids wouldn’t get their fancy shoes dirty walking around those nasty farmer’s markets with who-knows-what on the ground. Plus there were plenty of paper towels and napkins for sale that were decorated with what looked to me to be non-soy ink-printed patterns. But since my eyes were on fire, blinded by all the glossy white teeth—and something they call “bling”, I couldn’t tell for sure. 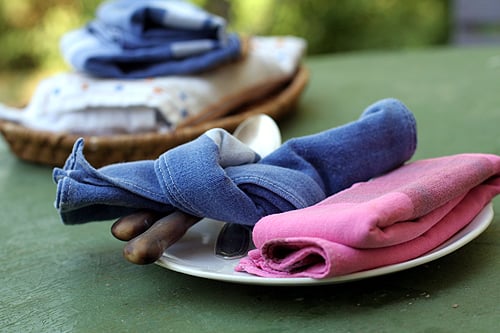 Lest you think I’m picking on my fellow Americans, I can assure you that the disposable lifestyle is surely creeping into France. And I don’t just mean the piles cigarette butts on the sidewalks after the implementation of the smoking ban. I’ve noticed the French are, thankfully, still very attached to cloth napkins.

If you go into a very old restaurant, such as Chartier, you’ll notice a few rows of small drawers, similar in size to post office boxes, where regular patrons kept their napkins to use on future visits. Which in reflection, seems like a good policy to insure future business. And who says the French don’t know anything about le marketing? 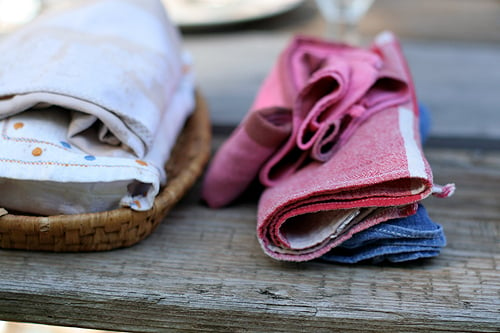 Those linen-lined traditions are still in evidence today, and there’s a certain etiquette I was informed of a while back when it comes to napkins: If invited to someone’s home for a meal, afterward, if you leave the napkin crumpled up, it’s destined for the laundry bin (hopefully!) and means you’re not planning on coming back soon.

It doesn’t mean you won’t get invited back, it just supposedly means you’re not expecting to be so. For all I know, laundry-loathing folks are carefully re-folding and stockpiling guest napkins in a complicated filing system in their apartments. But I doubt it. However, If you fold the napkin nicely, then you intend to pull up to that table again in the future. 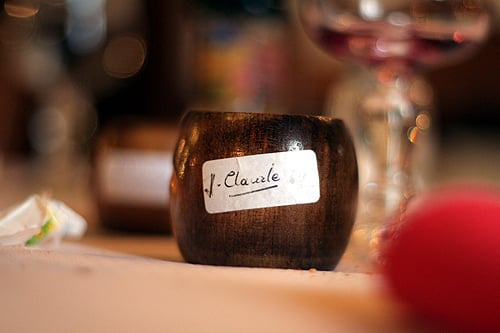 Like those restaurants which used to store napkins, which a few I learned still do, if you’re a guest in someone’s home for the weekend, you’re expected to use your napkin again for each meal, which makes sense.

(Wanting to get married via a competition, though, I still haven’t figured out.)

In summer homes, often the host or hostess will provide napkin rings of various shapes to help guests remember which napkin belongs to who. Or guests will fold or tie this napkins in various shapes and knots to indicate temporary ownership of the said serviette.

Another method, of course, is to use napkin rings. The one above is from a restaurant I went to, which was obviously one that Paula and J. Claude planned to return to. I presume they both don’t mind their napkin rings being seen together, unless they’re having lunchtime liasons. Although in their defense, at least they’re not parading their relationship in front of the media for all to gawk at. I don’t know about you, but rolling around in a couple of napkin rings is a little more classy way to hook up. 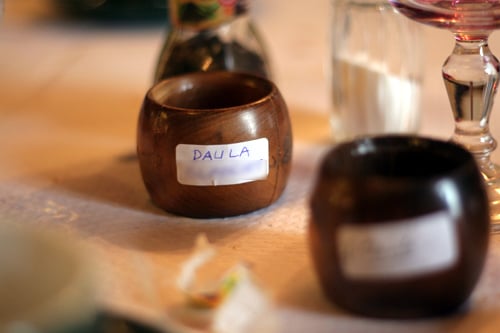 I’d have to say my favorite napkin minding-method was one I encountered last summer, when we stayed at a farm where most of the food was grown there. There was no indication of his holiness or $3500 baby strollers…but they did have a very ingenious method of napkin stockage. 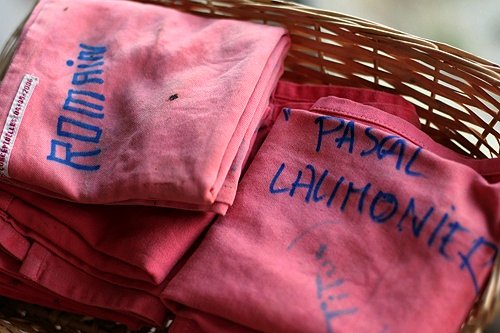 They asked guests when they arrived to write their name on their napkins with indelible ink, so there’d be no mistaking whose napkin was whose. It was a great idea and I also liked the sense of history in each square of colorful cotton. Many diners had faded from view, and from the table, but I was happy to see that Virginie (way up top) and I shared a love of good, farm-fresh food. And a napkin. 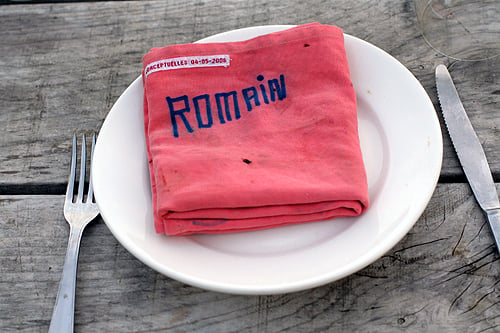 And you can see from Pascal’s napkin that Romain wasn’t the first one he’s messed with. Whoever Titus is, he should be thankful that he’s faded from view—but let this be a warning that it doesn’t necessarily all come out in the wash.

That might be two bad jokes in one paragraph, but I’m starting to take napkin folding and etiquette a little more seriously around here. I want to be a better guest and don’t want to suffer the shame of having to crumple up my napkin after dinner on a regular basis. I suppose I could just carry a few Sharpies around with me, discreetly marking my name on napkins around town. It wouldn’t be very polite, but would ensure repeat visits.

If I carefully folded it afterward, of course.