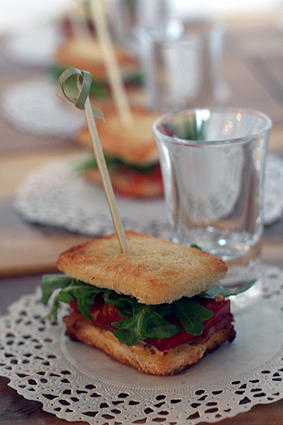 On May 13, I’ll be hosting a dinner at the always-booked Hidden Kitchen in association with the folks at Context Travel. Local food gem Meg Zimbeck will join me, and aside from a super dinner, guests will also get a copy of my upcoming book, Ready For Dessert.

There’s just a few spaces left, It’s now sold out, so if you’ve been dying to try Hidden Kitchen, or would like to get a closer look at that worrisome bald spot that appears to be growing on the backside of my head, you can e-mail your name to be on the waiting list. 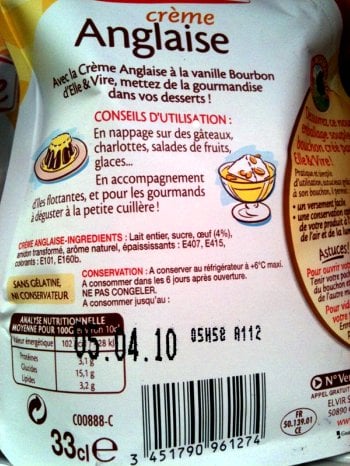 I Rest My Case

With all due respect to the frequently engaging, yet decidedly opinionated Michael Ruhlman, I have definitive proof that crème anglaise doesn’t contain cream, only milk (lait entier).

(Well, and a few other things, in this particular case.)

So please, no cream in those custard sauces, folks: It’s milk, egg yolks, and sugar—C’est tout. 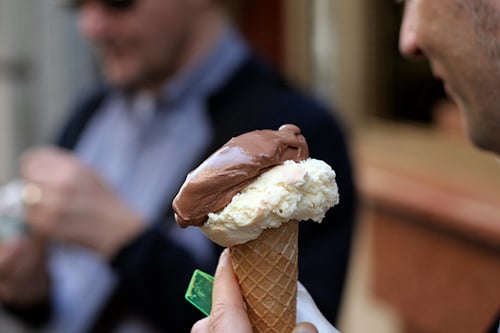 For those of you in Rome, or planning on heading there, on June 7th I’ll be doing a gelato walk, where we’ll visit the most amazing gelato parlors and shops in Rome, and get a rare, behind-the-scenes look at how real Italian ice cream is made. Along with generous samples, of course!

Sign-up details will be announced shortly on my Schedule page. 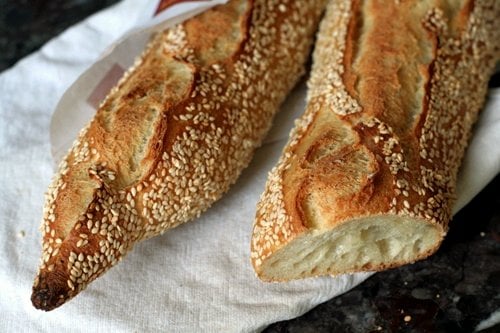 Au Revoir to That

Even though this week, I caved and could no longer boycott Monoprix, in the great history of French revolutions, I’m not buying any baguettes this week, in protest. I hope the space doesn’t become a Subway sandwich shop. Because they’re taking over Paris. And because I didn’t realize it was possible to screw up a sandwich until I was stuck near Chicago airport last year and had one.

The news from Haiti doesn’t seem to get any better. And as the weeks go by, it’s easy to forget the devastation that happened. The media moves on to other things, and we go on with our lives.The country has essentially been wiped out as well as Haiti’s infrastructure, and I can’t even being to imagine how much work those people face in rebuilding their country and their lives. (And here I am, worrying about whether cream belongs in crème anglaise and not being able to get sesame baguettes.)

Jeanne over at Cook Sister! has organized an auction, which will take place February 21-28, to raise much-needed funds for an organization which distributes water and food, two things I myself, definitely take for granted. Included in the items she’s auctioning off is a signed copy of The Sweet Life in Paris, which I’ll personally autograph and send to the winner anywhere in the world.

It’s prize code HFH21, so head over there now and show your support! 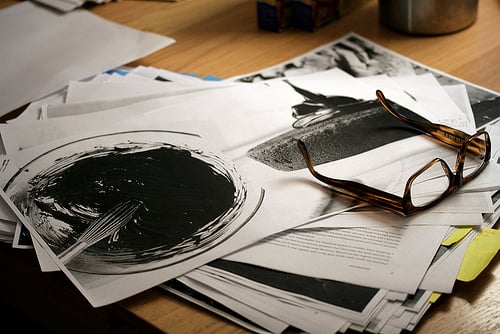 Ready for Dessert is Almost Ready

Speaking of which, you’ve likely noticed in the sidebar that my new book is just about ready for release. It’s not all croissants, crêpes, and Côte-du-Rhone around here. I’ve been working like a maniac for the past year on this huge book, which is a compilation of my all-time favorite recipes. 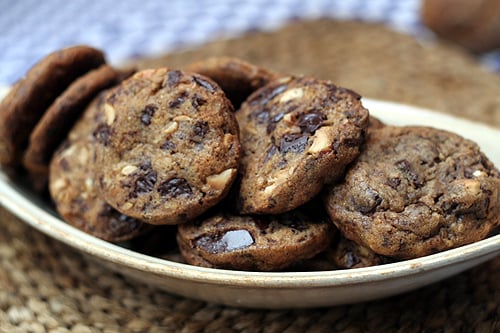 Just about every recipe been completely updated, re-photographed, and because I’m such an international man of measurements, metrics have been added, too.

Many have asked about reprints of my first two books, which some of you missed the first time around and now are out of print—so here they are in an all-new format. I’ve added all-new recipes, too. Ready For Dessert is now available for pre-order.