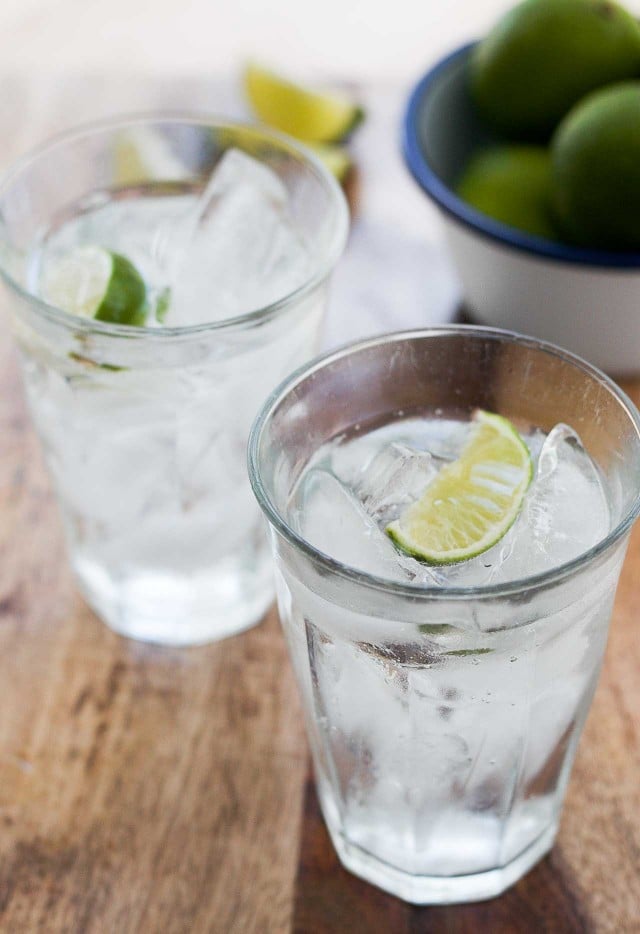 Growing up in New England, gin and tonic is the classic summer drink. It’s bracing, fresh, cool, and not overly potent. The joke was that they tasted like after-shave lotion, but to be honest, most after-shave lotions smell pretty good. Often they’re scented with lime or something mentholated, at least they did when I was a kid and smelled them at the barber shop. That makes the taste of gin and tonic a Proustian memory for me. 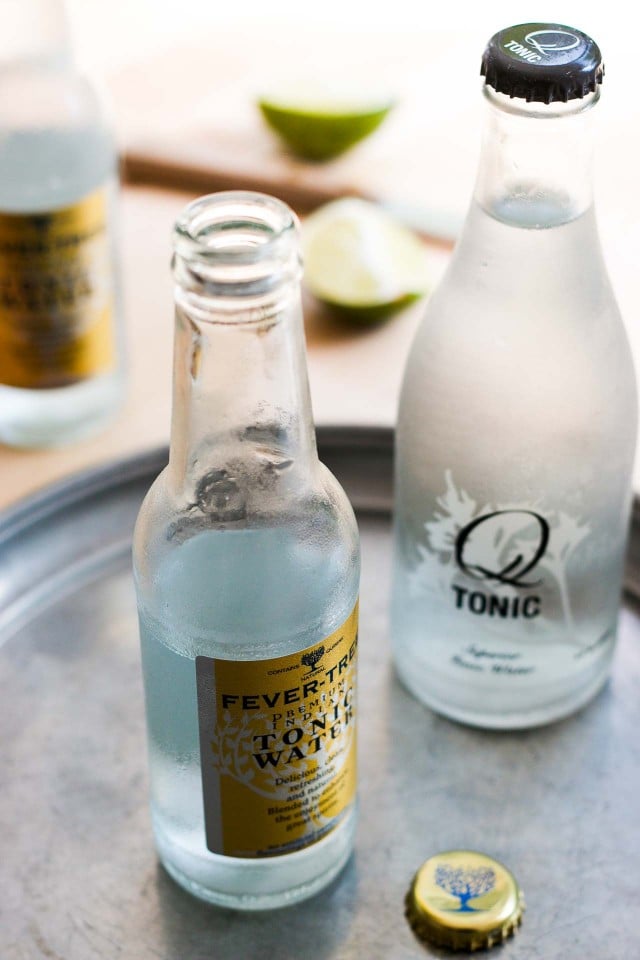 Another memory that I have that’s less pleasant was the first time I tried alcohol. I was perhaps eight years old and saw a bottle of whiskey that my parents had on hand. And since they, and their friends, drank it, I thought I would give it a try too. I unscrewed the top and took a big swig of the brown liquid. Within about three seconds, my mouth was on fire and my throat was assaulted by an unfamiliar, and unwelcome, burn. Once I had recovered, I couldn’t imagine drinking alcohol ever again.

Now that I’m an adult, and above the legal drinking age, I don’t chug liquor like I used to (thank goodness!), but nothing tastes as good to me now as a cold gin and tonic on a warm summer night, when a regular, overly boozy cocktail would knock me out cold. I had lunch with a good friend that I used to work with the other day and she was saying that she doesn’t like all those cocktails will all sorts of different things going on in them. She just wants a regular, straight-up cocktail. I agreed (and perhaps pulling out my age card), thought aloud that maybe when you get older, you stop being impressed by all those tricks and twists in food and drinks and just want to go back to the original. Which is why the classics endure. 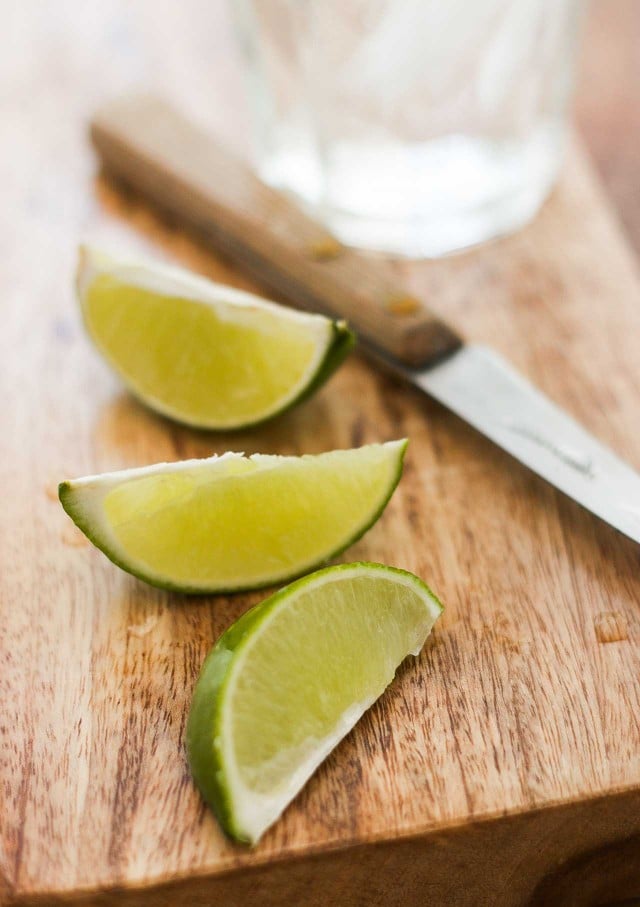 Gin and tonics only have three ingredients, if the literalists don’t include ice. I grew up making them with Tanqueray gin, and we’d just call them Tanqueray and Tonics when I was back in New England. But now there are a lot of gins out there and I found this organic bottle which I’ve been working my way through. It’s made in Minnesota. There are lots of botanicals in gin, but the only one that it has to have is juniper. However some have all sorts of herbs, berries, and leaves in them, from lemon verbena to hibiscus and thyme. So people tend to gravitate towards certain gins for that reason and there are lots of small-batch gins that I’m seeing, even a gin distilled in Paris. 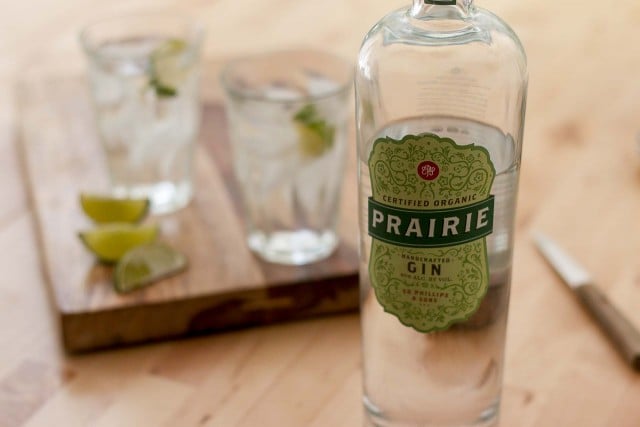 The tonic water is important, too, and a few years back when it became available in Paris, I switched to Fever Tree tonic, which tastes a gazillion times better than the commercial stuff. Other brands have now joined it on the shelf, and I’ve been making my own tonic water, but I had a few bottles leftover so used one of them for up making a recent evening’s libations. 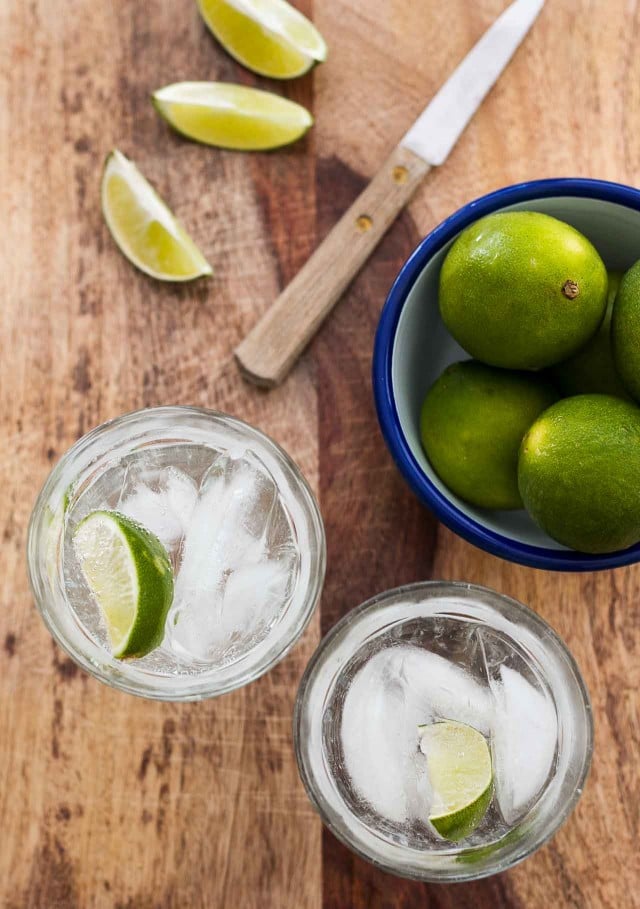 There aren’t a lot of rules to making a gin and tonic, and thank goodness, because who wants to fuss too much when there is a tray of drinks almost ready to be consumed? Some fancy a few cucumbers in there, and I’ve tried them with fresh mint, which didn’t win over this cocktail curmudgeon. But you can do as you please, since presumably, you’re an adult. (Unlike the 8-year-old me, who bypassed the mixers and was, even back then, a purist.) You do need limes, though, since that is the crowning touch on this cocktail, which has become my summer sipper of choice.

The brand of gin is a personal preference, but do spring for a decent one; you’ll appreciate the difference. I definitely recommend using a good brand of tonic water, such as Fever Tree, Fentiman’s or Q. For a special treat, try making your own homemade tonic water, which will give the drink a distinctly amber color. The amount of gin is a personal preference, and depends on the actual size of the glass. Some say 1 part gin to 2 parts tonic is right, but you can customize to your liking.
1 1/2 to 2 ounces gin
tonic water
lime wedge
1. Fill a tall glass with ice cubes about three-quarters full. Add the gin to the glass.
2. Squeeze the lime wedge gently over the gin and ice cubes, just to release a small bit of the juice, but not all, then drop the lime wedge into the glass.
3. Fill the glass up with tonic water. Stir gently a couple of times, and serve. 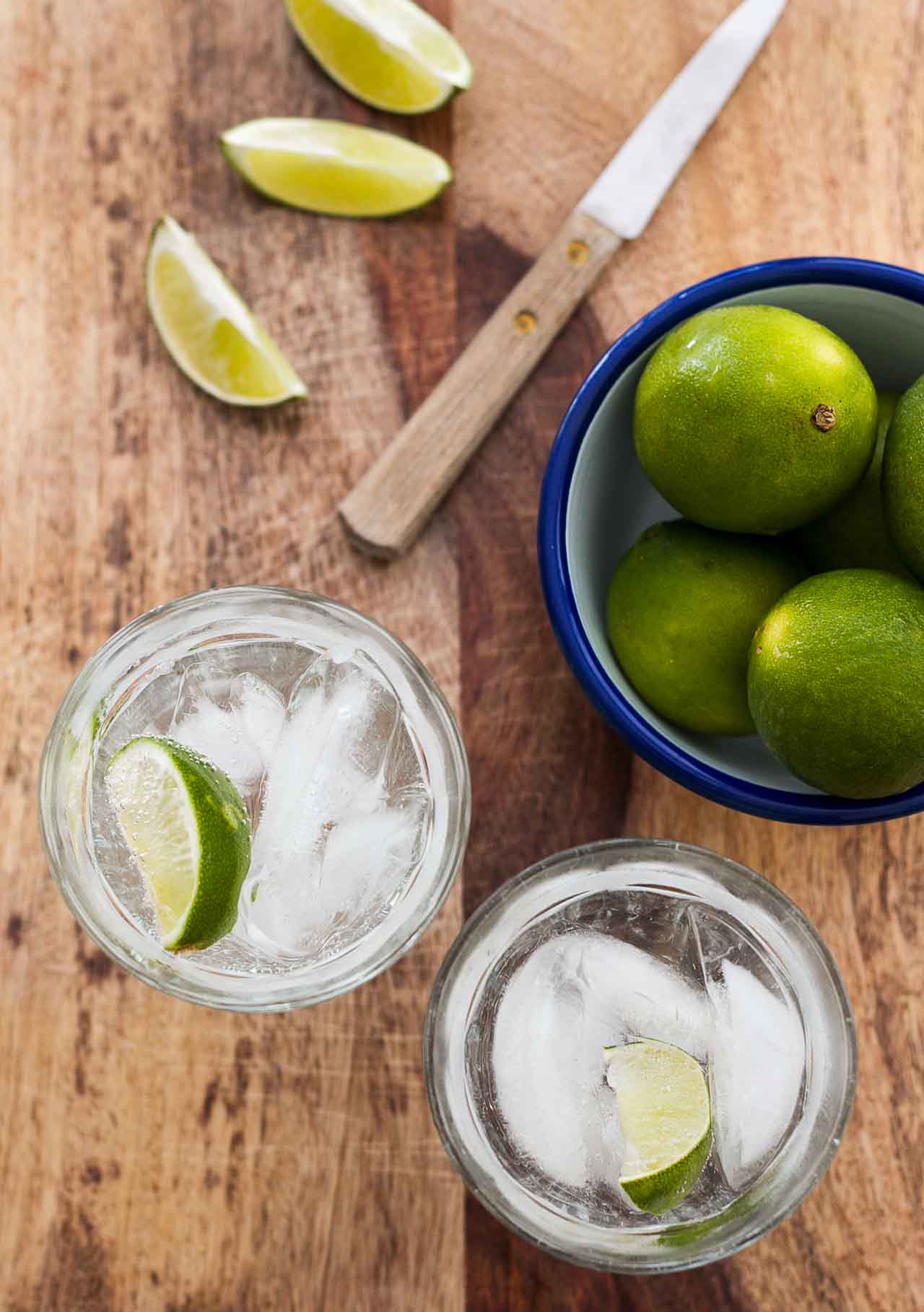