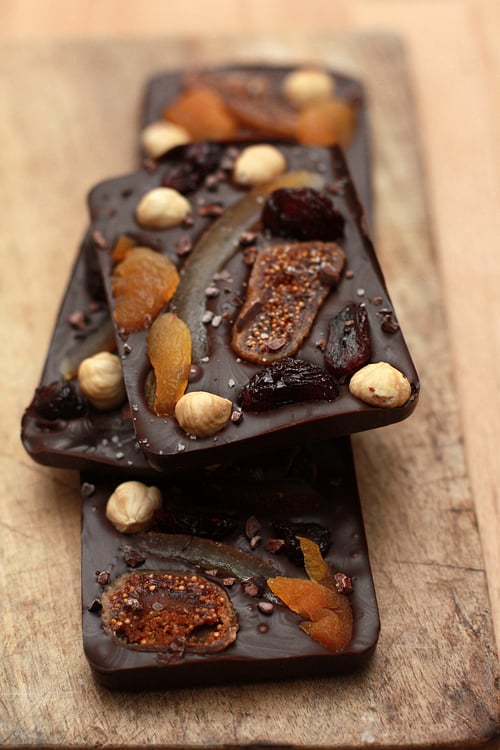 When I took pastry courses a number of years ago here in France and in Belgium, I tended to want to focus on the chocolate classes because – well…gosh darn it, I love it so much. We’ve become the best of friends over the years and I am never far from my bin of chocolate that I buy in bulk. (Although at some point, someone is going to have to do an intervention.) But I like cooking and creating with chocolate just as much as I do eating it and homemade chocolate bars are simple and wonderful gifts. And if entertaining at home, it’s nice to bring out a homemade tablet that you’ve made yourself to serve with after-dinner coffee or glasses of Armagnac or Cognac. 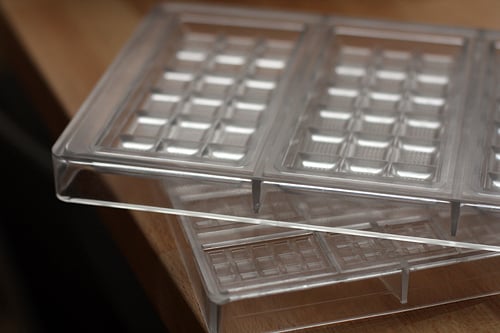 The good thing is that you don’t need fancy – or expensive – chocolate molds to make chocolate bars at home. I have a stack of polycarbonate ones from my professional days of yore. But anything made of plastic will do. Since I can’t bring myself to throw away anything that might be reused, I pulled out a stack of cream cheese containers that are neat little rectangles and I used those this time around. 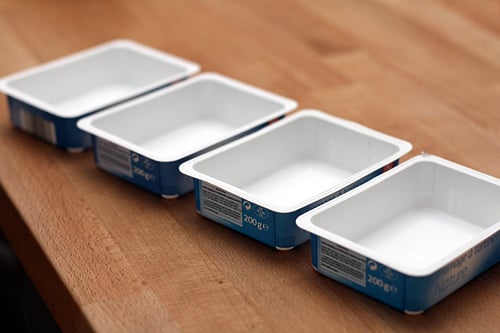 Ideally, the chocolate you use should be tempered. It’s a little bit of extra time, but it’s basically just three steps: Melt the chocolate to a certain temperature, let it cool, then bring it back up to a rather precise temperature. You can read more at my post, How to Temper Chocolate, or get a more complete explanation in The Great Book of Chocolate. But in brief, tempering keeps chocolate from “blooming” or getting white streaks when cool. 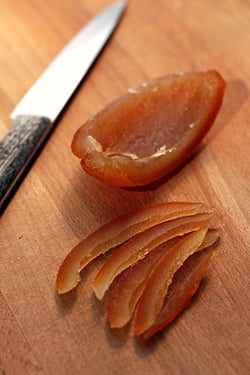 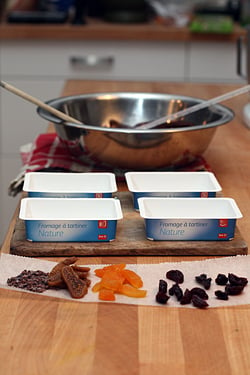 Tempering also makes the chocolate cool faster and raises the melting temperature of the solidified chocolate, which is why you can pick up a chocolate bar or a filled chocolate with your hands and it doesn’t melt right away when you touch it.

The good news, and a well-guarded secret to some, is that chocolate doesn’t have to be tempered for candy making. However the caveat is that you must keep the chocolate refrigerated until shortly before ready to eat. So you can make chocolate bars with your favorite melted chocolate, and keep them in the refrigerator without a problem. (Ideally, chocolate should not be refrigerated for a long time as the humidity in the refrigerator will ruin it. Lingering odors from other food items in there can also have an adverse effect on the flavor of the chocolate. But for a few days, it’s generally not a problem.) 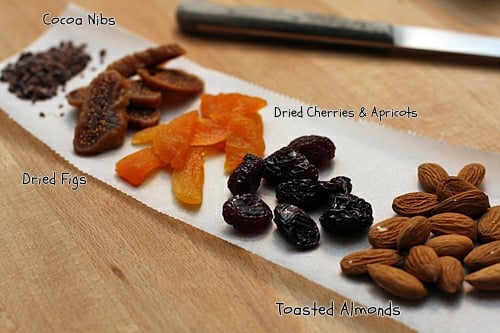 The great thing about homemade chocolate bars is that you can add anything you want to them; toasted nuts, glazed orange peel, cocoa nibs, candied peanuts, flakes of sea salt or a bit of spice, pumpkin seeds, pretzels, dried apricots, cherries, or figs – even shards of caramels, thin mints or other broken up candy, or candy bars. Basically, if you can ask if it can be used…it can be!

I would advise against using fresh fruits or berries as they will likely become damp unless eaten shortly after they’re used. If you want to flavor the chocolate, you can add a few drops of peppermint, citrus, or another pure oil (you can’t use anything with water or alcohol in it, such as extracts, as they will make the chocolate seize and become unusable), stirring it in right before you pour or spoon the melted chocolate into the molds. 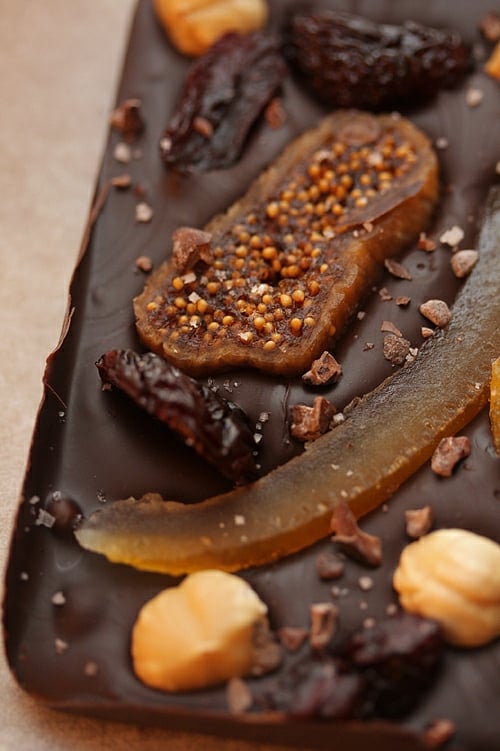 You can use anything as a mold if it’s made of plastic. Metal molds will work, but you will need to temper the chocolate, which shrinks the chocolate slightly when cooled so the bars will slip out of the metal molds. It’s difficult to pinpoint exactly how much chocolate you’ll need. But as an example, for the 4 bars I made, I used about 8 ounces (230g). But the good news is that you can just melt what you think you might need, then any leftover chocolate can be poured on a sheet of parchment paper or plastic wrap and left to cool to be reused for another baking project.