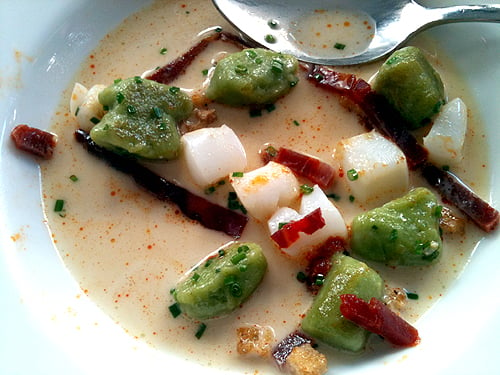 I’m not much for standard restaurant “reviews”. I think dining is a personal experience and while one person might find a dish excellent, it might not be to another person’s liking. Some folks like loud, hip places, and I’m more inclined to hit the classics. Another thing is that when I go out, I don’t always tote my camera or want to have to remember and recount every single thing I ate, or recall every vintage I sipped during the evening. 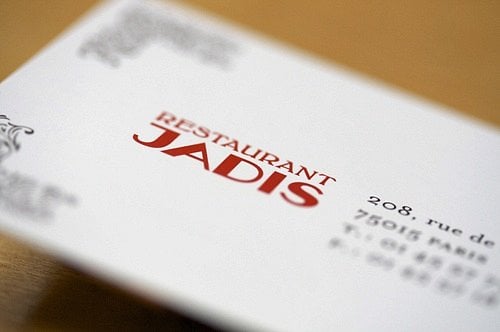 So I don’t have any photos of the dinner I had at Jadis*. I didn’t take a picture of the crunchy caviar-like lentilles de Puy dotted with chewy bulots and smoked bacon that I started with, nor the main course of fish I had (which the waiter described as “like rascasse”, although I don’t recall the exact name…see? I told you…) which came in a thin wasabi-based butter sauce, which was good, but the kitchen was a bit too timid with the wasabi. 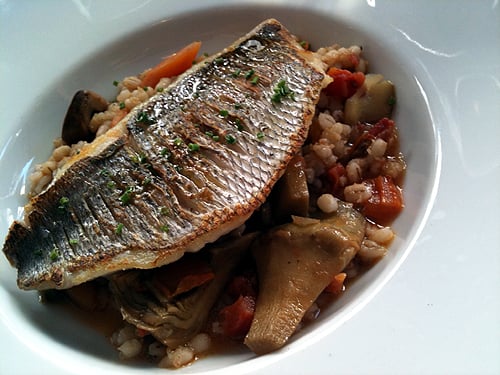 Because I’m not a fan of the multiple wandering fork-style of dining, I had to watch in envy as my dining companions split a whole roasted lamb shoulder that was braised, then crisped, which came to the table on a mountain of perfect white beans in a polished copper roasting pan. Which, at that point, made me realize that lugging my camera might not of been such a bad idea. And that maybe I should revise my policy about wandering forks.

Desserts were lovely. Although the dead-ripe cheeses looked fantastic, two of us couldn’t resist the lemon meringue tartlets, each of us diving into an individual masterpiece topped with toasty meringue, obviously burnished the moment before serving. The two friends across the table, one a food writer and the other a co-owner of one of my favorite restaurants in America, split a giant galette de rois that was baked to order, hence the waiter’s admonition that it’d take twenty minutes. Considering the crowd I was dining with, waiting for a freshly-baked dessert wasn’t a problem.

A few years back, I got wind of a food magazine in the states that was preparing a Paris issue. I queried the editor, hoping to do an article about the ice cream or chocolate shops here, and she kindly wrote back saying they were putting the issue on hold since Paris was too-expensive. 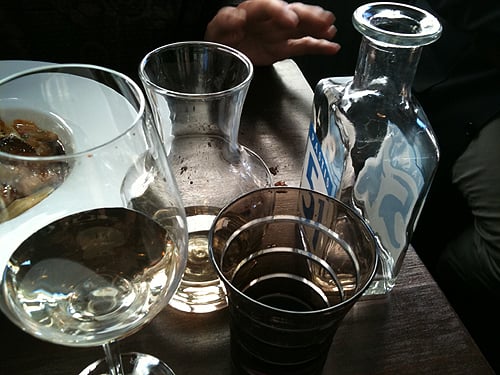 While at the time, the exchange rate was less-than-favorable, I pointed out there were loads of restaurants in Paris that offered three-course meals in the €30-€32 per person range, tax and tip included (like this one), which I think is quite a deal. (One needs to heed les supplements, those +€6 that appear after certain menu items, that can drive the price up. However with things like game are in season, I’m happy to pay a premium.)

A meal at a restaurant of Jadis’ quality, in New York, San Francisco, or Los Angeles, would cost at least $100 per person—not including tax or tip. And here we were, marveling at these gorgeous plates of food that kept coming to our table, supplemented by a carafe of chilly white Sauvignon blanc, impressed that such great food could be produced by a chef-owner that’s only 26 years old. 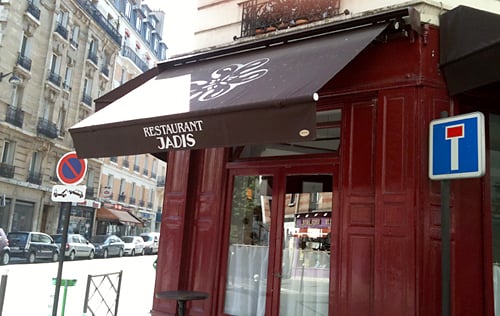 Guillaume Delage worked in some of the best kitchens in France, including Pierre Gagnaire, so he’s got great credentials. He’s put together a generous, personal restaurant, admittedly in the middle of nowhere, but definitely worth the jaunt.

*The photos were taken and added to this post from a subsequent visit. And because the menu changes daily, might not correspond to what’s described or what’s available each day.

Hungry for Paris by Alexander Lobrano