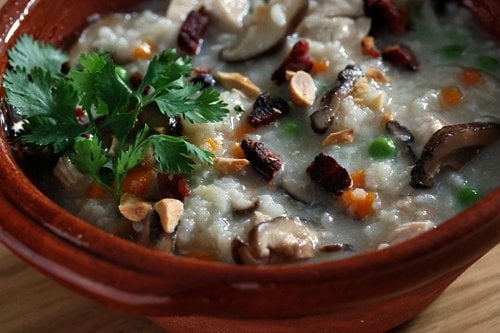 French supermarkets are funny places. In my book, I touched upon that touchy subject, as well as a few others. But let’s not get into that here; let’s just say that they’re not the best places to buy fresh produce. Which may explain the mystery of the liberal use of canned corn around here.

When I came back from a recent trip, on a late weekend afternoon, I had no choice but to go to my local supermarket to feed myself. I didn’t want to buy much, preferring to wait until I could go to my market the next day, but it was necessary to go and get a few provisions. In the produce aisle, I bypassed the sad bunches of wilted cilantro, I didn’t stop to pick up any yellowed, spring onions shipped from another hemisphere where it’s definitely not spring, nor was I particularly interested in apples from halfway around the world when great apples are grown not very far away. But eventually I found what I wanted and headed to the checkout.

I put my purchase on the belt, and when it reached the cashier, she looked puzzled, then confessed that she had no idea what it was. After much head-scratching on her part, and an unanswered call for help to one of her co-workers (who were likely out on a rare cigarette break), I went over and took the pricing sign down from the produce aisle and brought it over to her. It’s a strategy I usually employ only when they refuse to believe me that something I’m buying is actually on sale, as advertised. But I’m glad to know my bargain-assuring technique is an educational tool as well. 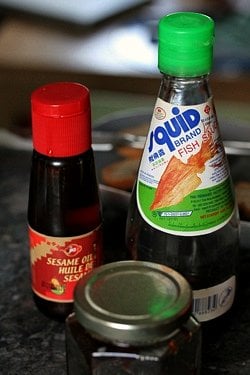 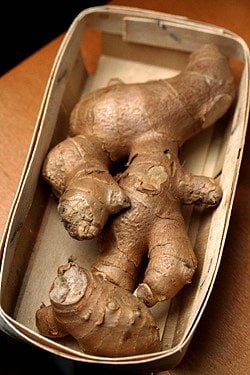 She picked up the knobby piece of fresh ginger, and completely perplexed, asked me, “What is this?”

I was a bit surprised that someone wouldn’t know what fresh ginger was. I know it’s not common in French cuisine, but still, it’s not exactly a rarity either. So I explained it was a spicy root (ok, it’s technically a rhizome, but for argument’s sake, I wanted to keep it simple…anyone with a problem with that is welcome to head over there and explain to her what the difference between a root and a rhizome is. But if she didn’t know what fresh ginger was, well–I wish you the best of luck) and told her that ginger was good candied, or used in various ethnic dishes, most notably Asian ones.

I also added that it was “Très bon pour la santé” (“Very good for your health”), which is an excellent method to get French people to try something new. I actually got someone who was skeptical of a cake with vegetables in it to try carrot cake, by reasoning that because it had carrots in it, it was good for him. I did somehow omit that the cream cheese frosting he was eating might counteract any of the benefits of the carrots, but he seemed to be enjoying it too much. 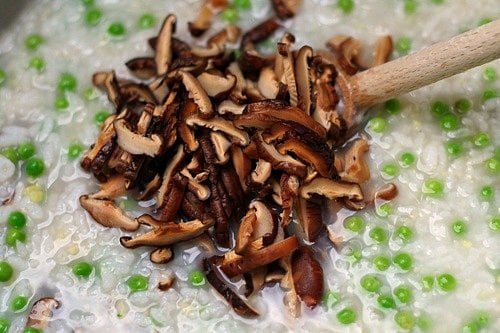 With that ginger, I made Jook, which is one of my stand-by meals because you can make it with ingredients you likely have on hand, including frozen peas and chicken breasts, and dried Chinese mushrooms, which I stock just for moments like that. (And from now on, I’m keeping ginger in the freezer as well.)

The other night, I went to a terrific restaurant, Cul de Poule, which means “Hen’s Butt” in French. The food is really good, not fancy, but prepared with just enough care to make you realize you’re eating in a restaurant. It’s a place where the friendly staff takes the food seriously, but not to any extremes. There are no verrines or lines of sauce or plates rimmed with powder, but if you mind sitting four centimeters away from your neighbors or you need to sit in plush chairs, then this not the place for you. But if you like good ingredients, definitely not sourced from the local supermarché, prepared with simplicity and care, it’s a très bonne adresse. 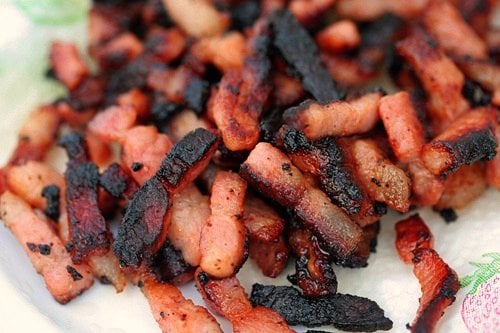 The only downside was that the next day, I woke up with a gueule de bois, my head pounding from drinking a bit too much vin naturel. Whether it was the wine, or the quantity of it, I puttered around the house in my pajamas for most of the day, until I discovered Romain’s stash of Paracétamol, one of the French wonder-drugs (an effervescent version of acetaminophen, which I hope he’s not taking because of a certain américain), and almost instantly, things took a turn for the better. 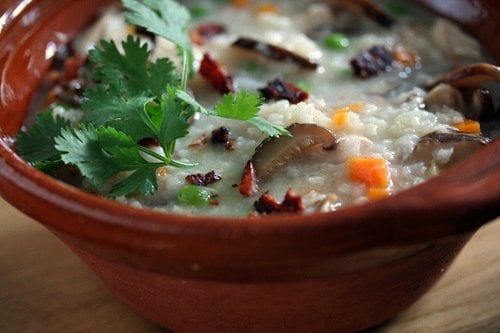 That, combined with the batch of Jook that I cooked up as well, that is. I can’t say Jook will cure all that ails you, but it certainly helps. And believe me, a lot of times, I need it.

Jook also goes by the name congee, a word which doesn’t sound as appealing to me as jook. A Chinese cook I worked with told me that jook means “arrow.” I don’t know if that’s the right translation of the word, but whenever I drink a bowl, I feel like it hits the bulls-eye. Don’t try to stick too close to the recipe; use it as a springboard for what’s available. Like the dried mushrooms, for example, could be swapped out with some fresh, sautéed ones. I’ve given some suggestions, but like most soup recipes, this lends itself to plenty of customization.
Servings 6 servings

(Jennifer brought me some amazing deep-fried onions from the south of France, which are the ‘local’ version of French fried onions.) Note: To me, the dash of fish sauce is pretty much obligatory to add to the jook, in my opinion, and adds an elusive background flavor. If you don’t have any, add a sprinkle of salt. If you want to be more egalitarian, bottles of soy sauce, chile paste, and sesame oil can go on the table so folks can help themselves. I don’t like soy sauce, though, since too much of it quickly overwhelms everything else in the soup. Jook will thicken if refrigerated, so just thin it with more water or stock if you store leftovers in there. Although this makes a great lunch or dinner, it’s popular with some folks for breakfast, too.

How to make perfect Asian rice