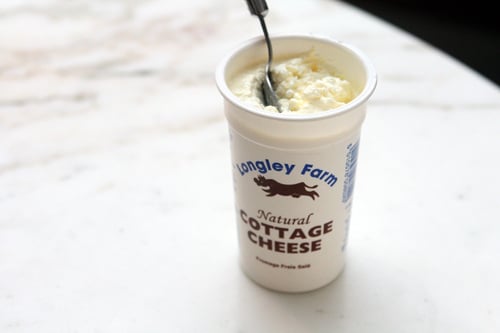 If you live in the United States, you probably are going to want to scratch your head at this one. Because it’s about something very common back there, otherwise known as le cottage here in France. Yes, it’s true. I used to take cottage cheese for granted. You could pick up a large tub of it in any grocery store, because somehow, it’s become a fixture in American dairy aisles along with fresh milk (sold by the gallon jugs with handles, which after living with slender liter bottles of milk for so long, seem absolutely gargantuan), yogurt, sour cream, and other creamy goodies.

I used to eat cottage cheese fairly regularly and fell into the ‘large curd’ camp. As some of you might know, there’s the small-curd and the large-curd people, and I like the bigger soft, pillowy blobs of cheese, which rest in their milky liquid, waiting for my spoon to plow into the container and spoon them out. Then there’s the full-fat, low-fat, and non-fat people, but at this point in my life, it’s all moot due to where I live.

I didn’t think I’d miss it so much, but some time after I arrived in France, I noticed something labeled “cottage cheese” in the yogurt aisle. The yogurt aisle in a French supermarket is immense; vast and varied, and it’s gotten harder in the past few years to find regular plain ol’ yogurt amongst the rows and rows of flavors, textures, and colors, that yogurt now comes in. Nestled in between the riot of packages, I pulled the container off the shelf, took a look at the price, scoffed, put it back on the shelf, then picked out my plain yogurt and left.

Yet as the years passed, I kept seeing that premium-priced pot beckoning to me, and it’s hard to describe, but when you live outside of the United States, you start realizing that you not only have to pay more for everyday items in general, but that you’re willing to spend a lot more to pay for things that you just gotta have, no matter what. Thanksgiving is a good time of the year to test your resolve, especially if you want a whole turkey, and it’s very easy to find yourself shelling out the equivalent of a hundred bucks for a whole bird. (Whole turkeys do exist in France, although that week, prices seem to triple if you have an American accent.)

And although I got wise this year and sent Romain to pick up the bird, I couldn’t expect him to understand why I needed breakfast cereal for an apéro snack. So there I was, scouring the stores that cater to expats in Paris, desperate for a box of Chex – with a self-imposed ceiling price of €10 . Yes, I had a craving to mix up a batch of Chex Party Mix and it sadly wasn’t realized, in spite of my allegiance to my culture. 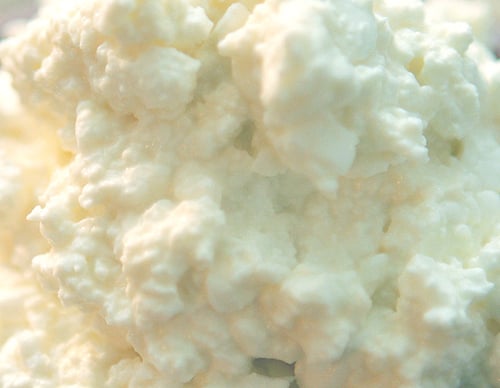 A lot of people in France think Americans only eat junk food because that’s what gets imported into Europe (along with being influenced by people like me, who write about mixing breakfast cereal with large amounts of salt, butter, peanuts, and pretzel, and serving it before dinner). Invariably what they see are items with very long shelf lives, such bottled salad dressings, Old El Paso guacamole powder, and something I don’t think I’ve ever seen in the US; strawberry-flavored marshmallow Fluff. So it’s no wonder people think we don’t eat well when that’s what’s featured in the rayon américain of le supermarché.

As of yet, there’s no Chino Ranch beets in the produce aisle at the local Monoprix, I haven’t found anyone stocking their bakery baskets with pretzel croissants from City Bakery, and there’s no Strauss organic yogurt mixed in with the salted caramel or pistachio macaron-flavored yogurts. 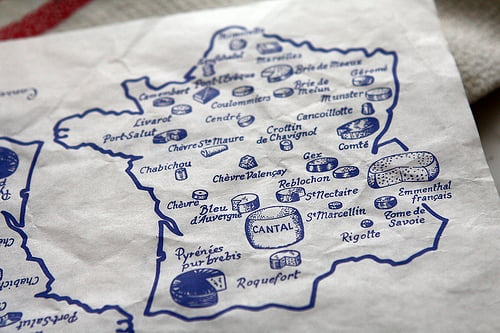 Speaking of cheese (or whatever I was speaking of), the French have plenty of great cheeses, but admittedly, they do have an affection for certain anglo foods – even some of the good ones – including le cottage, as they call it. There’s definitely gotta be a market for it since I now see it in most supermarkets. However when I go back to the states and buy a jumbo tub of cottage cheese, I find it insipid and bland. Because I’ve succumbed to the siren song of le cottage, in France. Made by our neighbors in England, one spoonful of this cottage cheese is all I need to shoot me right up to curdled heaven. It’s rich, but not overly so, and tastes like a real product from a cow with real milk overtones and none a drop of watery liquid surrounding the compact, creamy cheese curds.

True, this puny container cost me €1,99 ($2.70) – and it’s always funny to me when people come to visit and say that everything here is so expensive. (And I don’t think many of those tourists are talking about buying whole turkeys.) I always answer, “Yes, we are aware of that.” 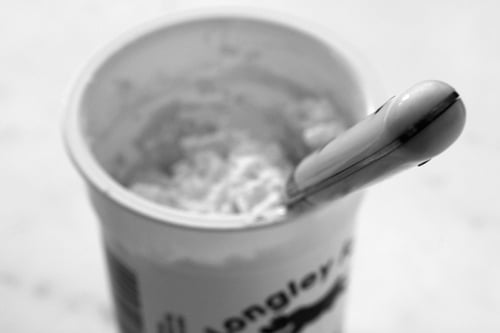 I usually start with the best intentions, rationing myself to eating half of le cottage (which is about five spoonfuls) then putting the rest away for the next day. Yet there I am, a few hours later, digging my spoon in, until I’m scraping the bottom of the barrel, so to speak. But I do try to be prudent and not overdo it in le cottage department, because I need to save up a bit for the next holidays coming up. And it’s going to take a little explaining on my part to hunt down great American delicacies, like cakes packed with sticky-sweet fruit, that we pass on to each other year-after-year, or marshmallow-flavored chickens, available in pink, yellow, and blue.