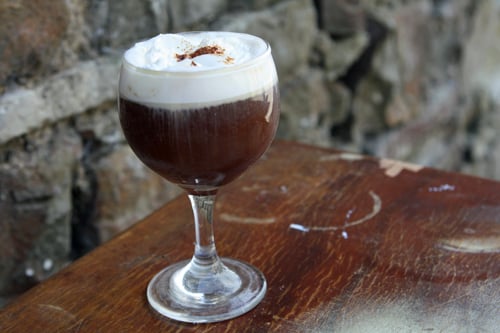 Popular legend has it that Irish Coffee was invented in San Francisco, but, of course, it was invented in Ireland at the Shannon Airport. Which was the first place transatlantic flights landed when planes started flying across the ocean, their destination being Ireland. I’m sure the trip took a lot longer than it does now. But it easy to see why the Irish Coffee was popularized 5000 miles away, although going to the source is the kind of adventure I’m always up for. 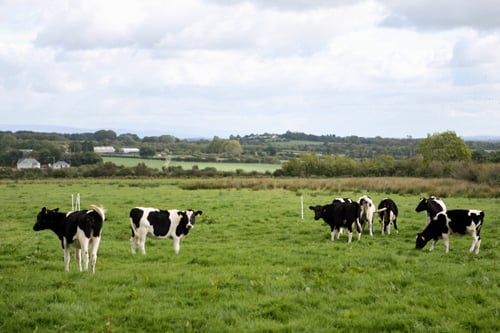 And when you’re in Ireland, and an honest-to goodness Irish lad, whose mum is a cheesemaker) offers you a drink, even if it’s barely 10:30 in the morning, one could reason that since it’s coffee-based, then it’s fine. Which I did. However when I saw that giant jug of Irish whiskey come out, and tasted my first sip, it was easy to see why Irish eyes are always smiling.

Mary Burns has been making cheeses at Ardrahan Farmhouse Cheese for over thirty years, and is a love of a woman. We had dinner the first night I’d arrived, and I just wanted to give her a big hug. She’d told me about her cheeses, but also that she made Lullaby Milk, a high-melatonin milk that’s said to help sleep.

I guess when you start the day with an Irish Coffee, one might need to do chasers of sleep-inducing milk to get through the rest of the day. (Although their day likely begins around 4am, and if I had to wake up that early seven days a week, I’d be reaching for the Irish Coffee by noon, too.) 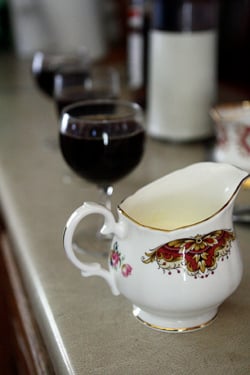 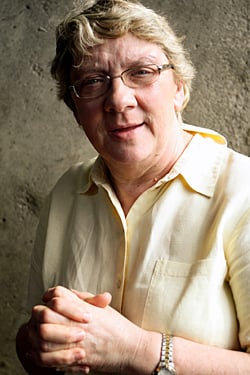 I was so excited to see Mary’s cheesemaking operation and by the time we said goodbye a few days later, after I visited her home and dairy operation, I was ready to serve her with my adoption papers.

Yet Mary’s already got a son, who she may not want to part with since he’s responsible for the early morning milking of the cows for her cheeses and I am rather unpleasant in the early morning hours. When we got to her home a few minutes too early, the milk was resting, not quite ready to curdle for the cheese, which she said wasn’t so exciting (it’s likely like watching grass grow), so she invited us into her country home for a spot of tea, or coffee. 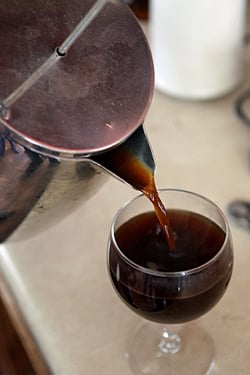 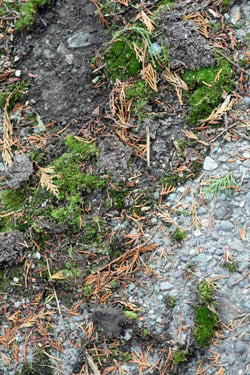 At that moment, her son, Gerald, came bounding down the stairs, looking flushed from his morning milking duties—or a post-pulling nap, and offered up his famous Irish Coffee for me to try. For some reason, there were few other takers in the group. But since it was nearly 11am, and I desperately needed a bit of caffeine (plus I didn’t want to be rude, of course), I took Gerald up on his offer. And besides, I was still on Paris time, meaning that it was noon. So that makes it okay. 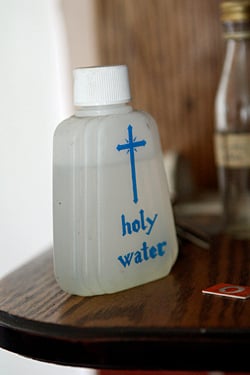 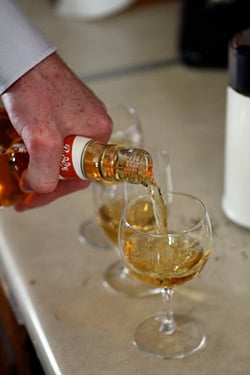 So how does a true Irishman make a real Irish Coffee? It starts with Irish whiskey. A very big bottle of Irish whiskey. And once I saw him pour it into the glasses, filling each up halfway, I see why they buy the bottle in the handy 1/2 gallon size.

“No need to use the good stuff” he told us, when someone asked if the brand was that important. And I could see how easily one could move from a cheese house to the poor house with such a generous hand. 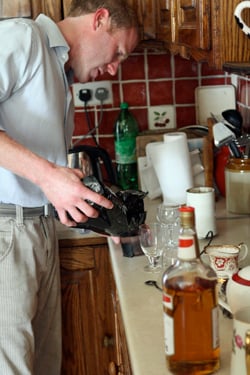 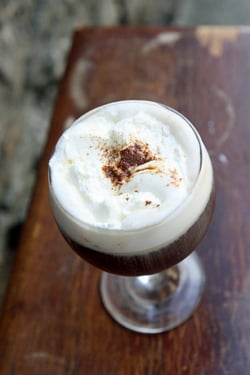 Next up was the coffee. Although the coffee culture has hit Ireland and shops have opened in the towns and cities, in most homes I visited, instant coffee is still served. Which may be because Ireland has such a strong tea culture and coffee isn’t given much due. But for round two (I would recount what happened to round one, made with instant coffee, but I don’t remember), he went for plunger-style coffee, which was really much better.

After filling the glasses with the steaming coffee; and glasses are always used, never mugs—a small bowl of rich, whipped Irish cream was spooned over the top and formed a mousse-like seal, letting the coffee and whiskey warmly mingle underneath it all. 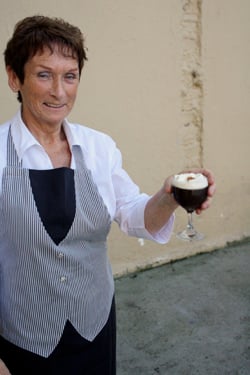 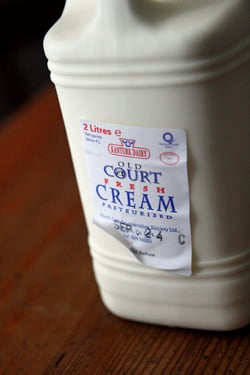 A few shavings of coffee beans, I think, got scraped over the top, and I was handed my second Irish Coffee, which was better than the first. So do whip that good Irish cream, and skip the instant coffee.

And if you don’t get it right the second time, you can try it a third time, until you get it right. And I speak from experience, if I remember (correctly). 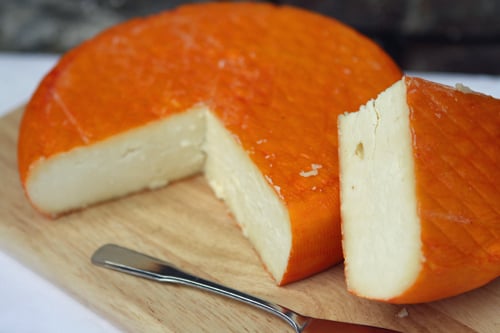 Mary Burns’ Duhallow cheese, is made right beside her charming home from milk that is produced by her own cows, even though it’s sold across Ireland, from small farmer’s markets to Costco. All the production takes place in a building the size of a basketball court, with clearly marked rooms for production, storage, ripening, and packaging. 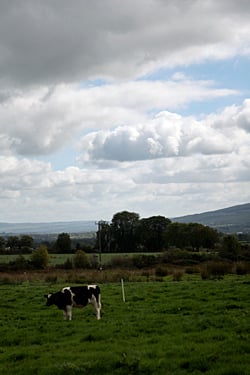 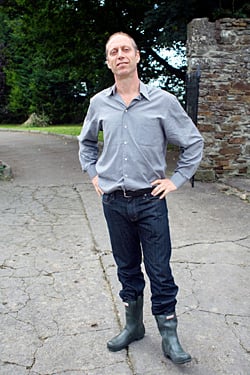 Dressed in green wellies and protective gear, we were led into a hot, steamy room, which smelled of dewy-soft curd, where the milk in the large stainless-steel tanks was finally ready to be broken up and separated. 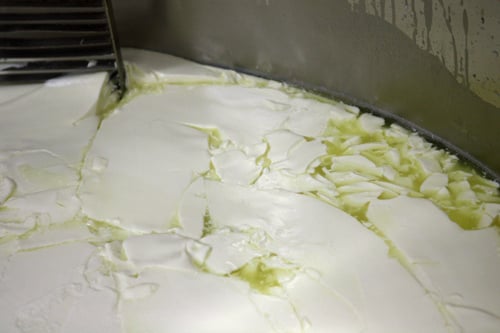 Even though some of the cheeses are sold on a large-scale basis, everything was done by hand (or shoulders, judging by all the scooping, draining, and lifting) and the slippery solids were scooped out and poured into round draining containers, where each is allowed to sit for four hours. It was hard to imagine the cottage cheese-like, firm curd eventually becoming a solid, creamy cheese. And if I hadn’t seen it myself, I might not have believed it when I touched the rubbery nubbins of milk curd for myself. 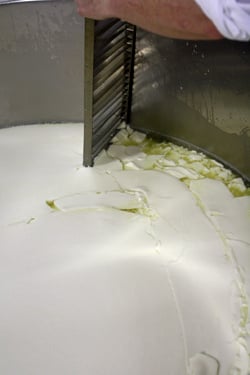 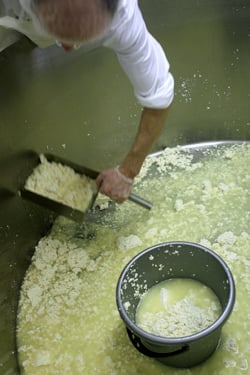 A metal press is placed on top of the curds and at first, there is a huge rush of liquids flowing out of the bottom. 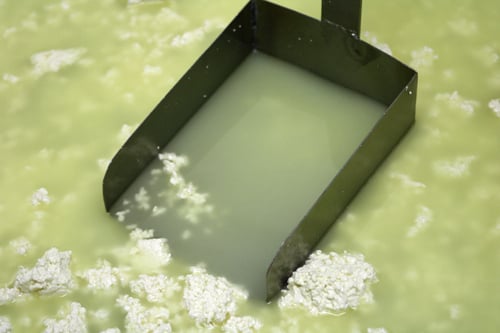 Then it tapers off to a gentle trickle. The racks are stacked up and left to rest for four hours. 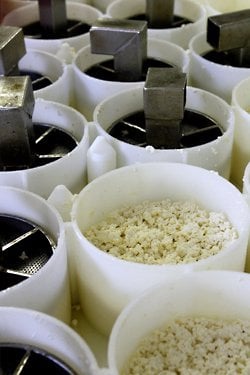 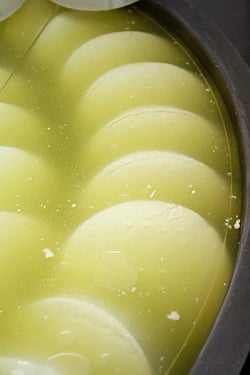 Once finished, the cheese rounds are unmolded, then brined briefly before being wheeled into another room and left to dry and ripen on open racks, until they’re ready for sale. 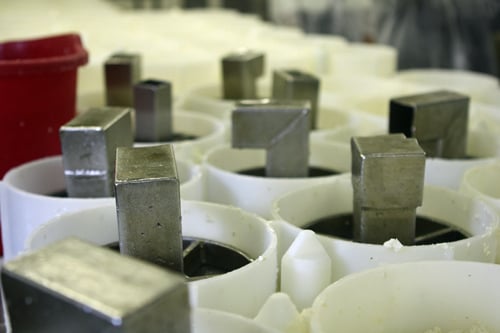 After lunch, Mary brought out all her cheeses and we tried them. I wasn’t quite ready for yet another Irish coffee, but looking out at the cows grazing just nearby, where she gets the milk for her cheeses, I could certainly help myself to another slice of Irish cheese. 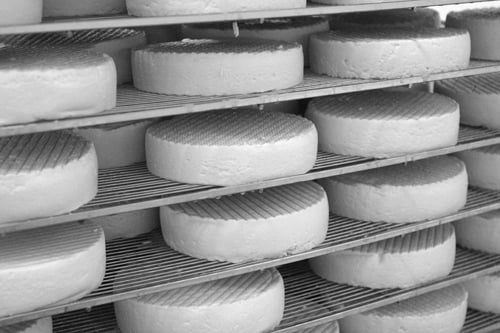 I took a final walk around her farms, and came across this odd-looking barrel. When I asked Mary what it was for, hesitating briefly, “OOoo,” she said, with a bit of a chuckle, “that’s for teaching the young calves how to suckle.” 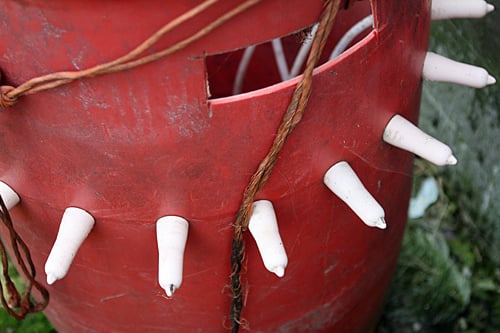 I didn’t ask if it could be rigged up at home, for perhaps serving drinking Irish Coffees in greater quantities, but I’d probably get some odd looks from my neighbors if they saw me wearing high rubber boots and wheeling it down the street. So I’d better stick with serving beverages in glasses.