It’s hard to pick a favorite café in Paris. Contrary to what people think, few people that live in Paris will cross the city to stop into a casual place for a drink, or something to eat. Most go to a local spot where the servers know you, where you’ll get a friendly greeting because the staff recognizes you as a regular. It’s is a form of currency in Paris, and one that you really want to have on hand. 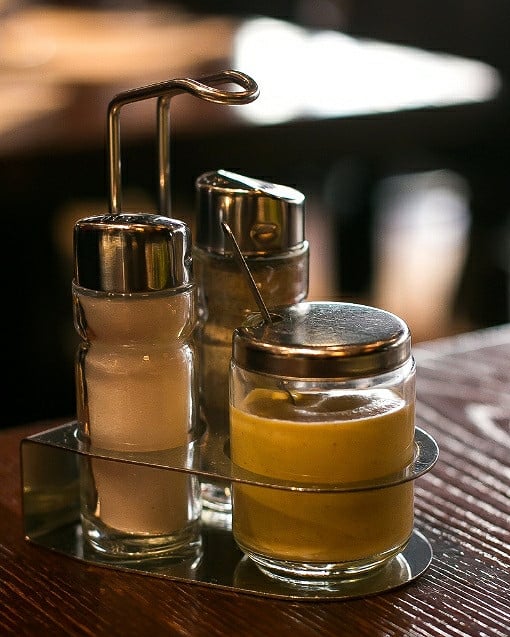 However, when you’re out and about, it’s nice to have a bonne adresse to stop in, where you can be assured of a bon acceuil (good welcome) and a decent plat du jour, or something to eat. 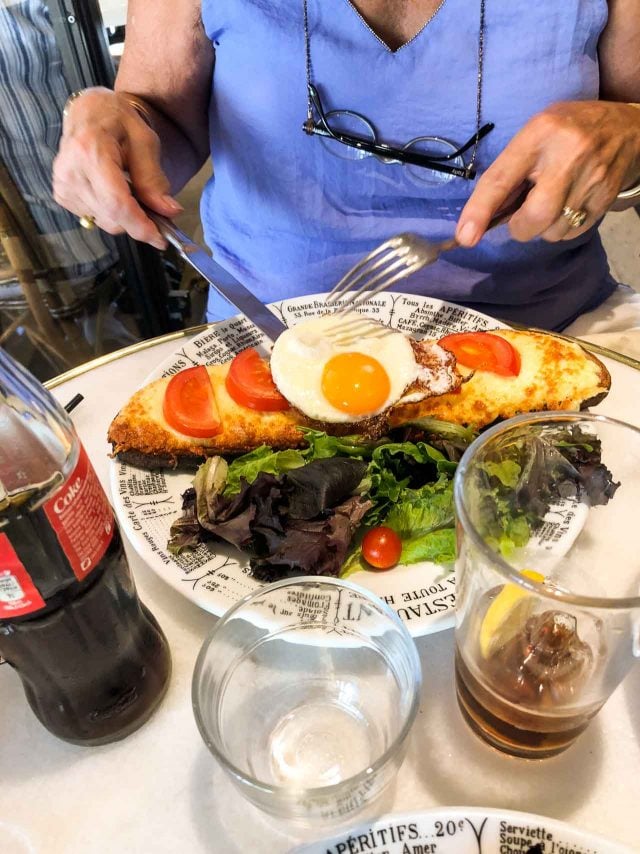 Over in the 7th arrondissement, after prowling the aisles of La Grande Épicerie or hitting some of the Left Bank chocolate and pastry shops, I’ll often find myself at Le Nemrod, a classic corner café serving French fare with an Auvergnat bent. 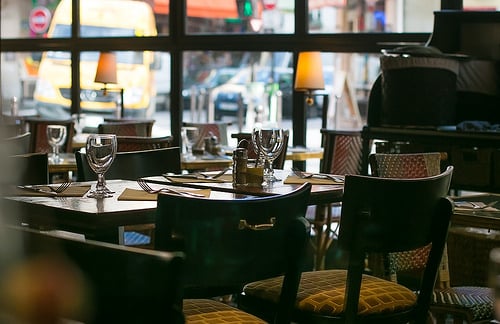 Many from the Auvergne, a region in the center of France, migrated to Paris and opened restaurants serving hearty the foods from their area, which is rugged and mountainous. Paris is dotted with Auvergnat épiceries as well, that offers sausages, dried hams hanging from the rafters, rustic pâtés, bitter liqueurs made from gentian root, and excellent cheeses. The Auvergnats are known for being very hard-working people and eat rich foods to fortify themselves. Many café owners in Paris hail from the Auvergne. (As does my hard-working, and remarkably striking, dentist.) 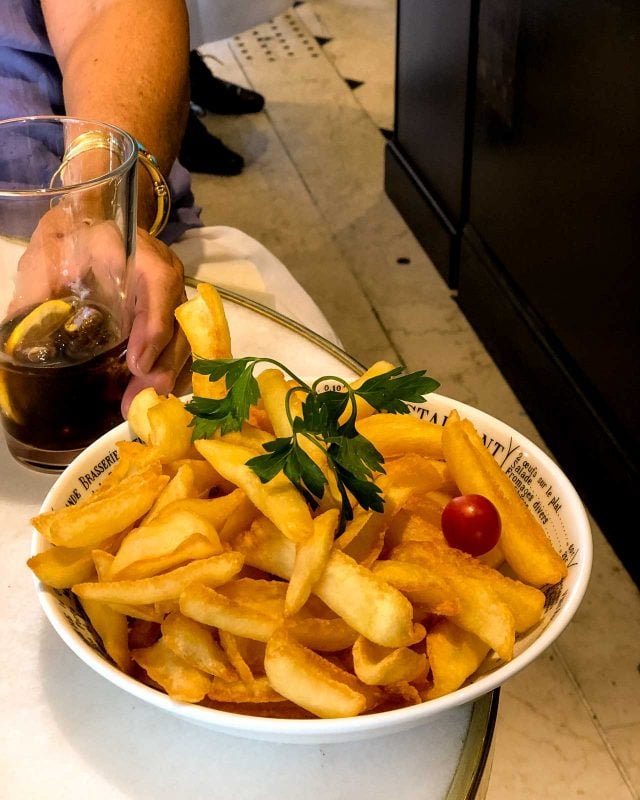 Because I was rounding out a week of heavy-duty eating due to a record seven different visitors last week (which required plenty of fortification to keep up with them!), I passed on the salade Auvergnate, a gut-buster of a plate heaped with a mound of potatoes, country ham, cubes of Cantal cheese, hard-cooked eggs, walnuts, with a bit of lettuce and tomato underneath, just – I guess – so they can call it a salad. 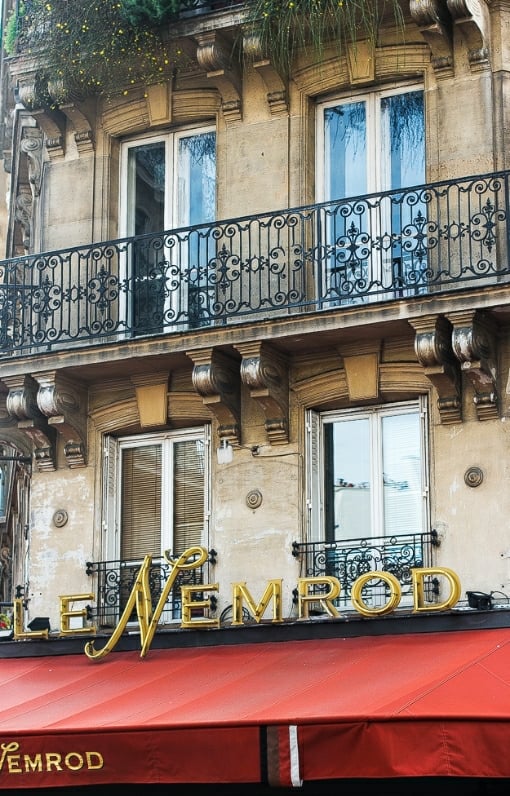 I had my usual, a Croque Poilâne est sa petite salade, an open-faced version of the café classic, often sandwiched between two slices of bread. But since pain Poilâne is longer than plain white bread (pain de mie), it comes to the table as a tartine, rather than a double-breaded sandwich. Top it with an egg, and it’s a Croque madame. (There are recipes for both sandwiches in my book, My Paris Kitchen.) 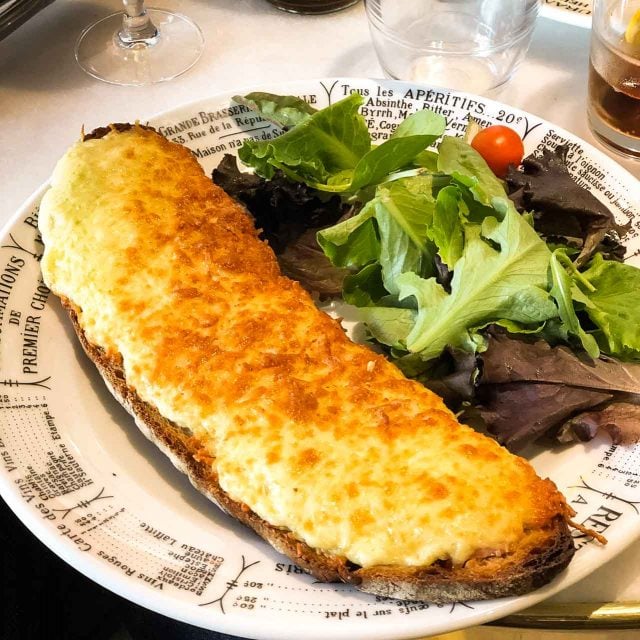 When visiting Paris, you don’t always need to visit one of the top ten restaurants that every other visitor is doing their best to get into for every mean. You can just go to a traditional corner café, have a salad or a plat du jour, and carafe of vin du mois served by a snappy French waiter, and sit back in your rickety chair and enjoy the spectacle that is a Parisian café.

My cousin, who was also winding down from ten days of eating, decided on a simple omelet fromage. (Which, in France, is often referred to as “something light to eat.”) And we oddly opted out of a plate of fries, which come to the table as thin wisps of deep-fried potatoes, rather than chunky batons. 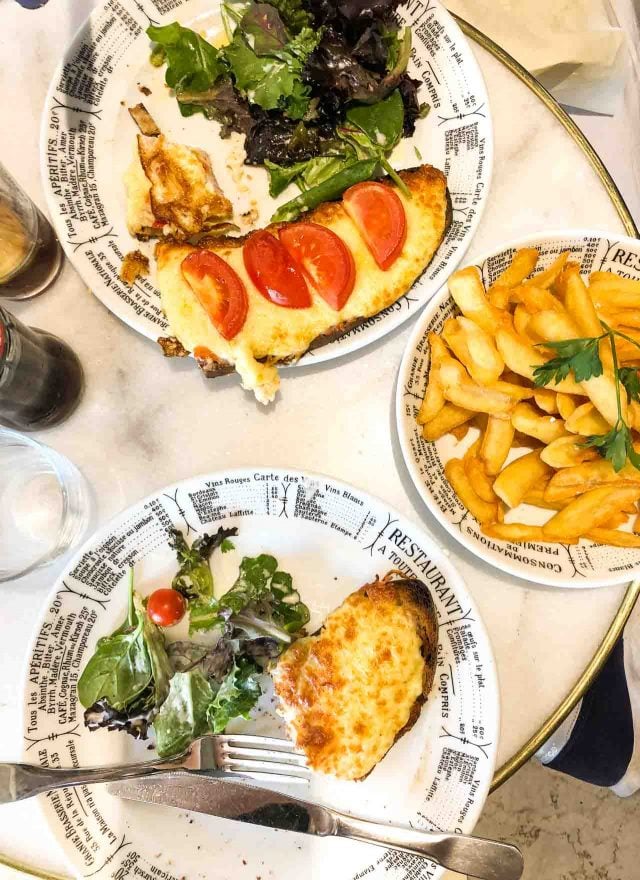 However, we didn’t skip dessert, which was a triple-scooped bowl of glaces Berthillon, which is admittedly impossible to pass up. (Served with a buttery Punition cookie, also from Poilâne.) From the first spoonful of the remarkably dense chocolate ice cream, I was reminded how good Berthillon ice cream is. Although the scoops are smaller than our American appetites expect (and can I get some more cookies?), the intense flavor of the bittersweet chocolate has more chocolate flavor than a hundred scoops from anywhere else. Other flavors we had were moka and nougat, with bits of nutty pistachios shining through the honey-flavored frozen custard. 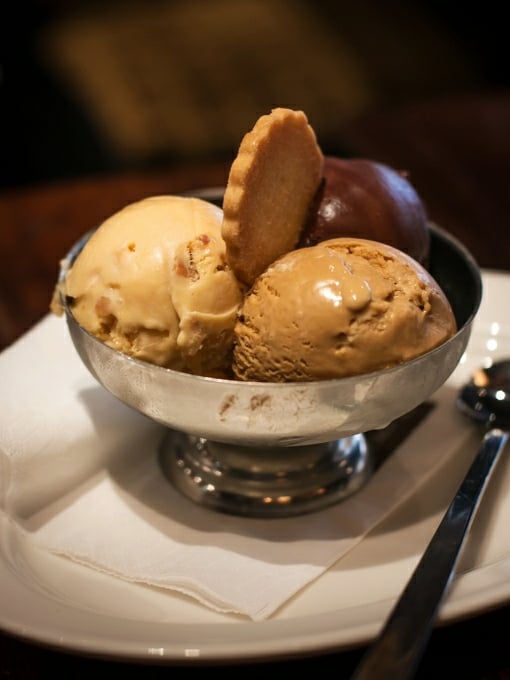 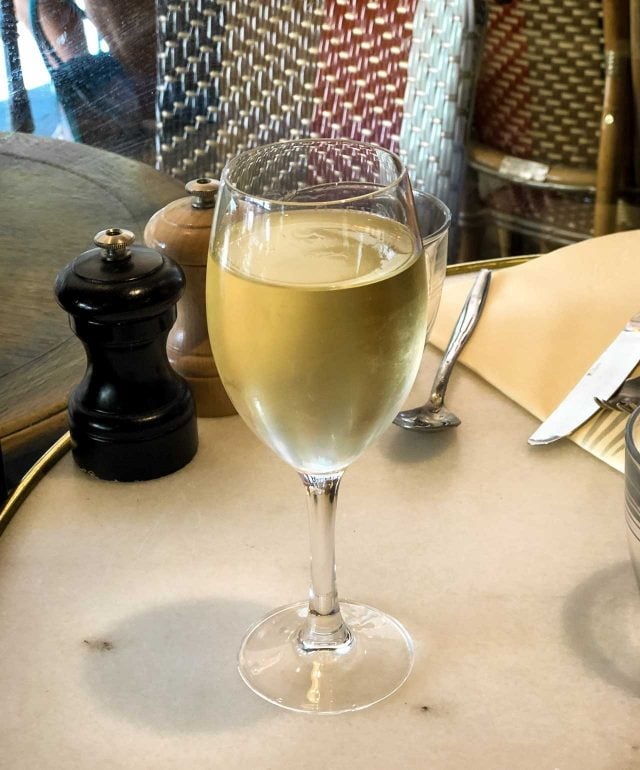