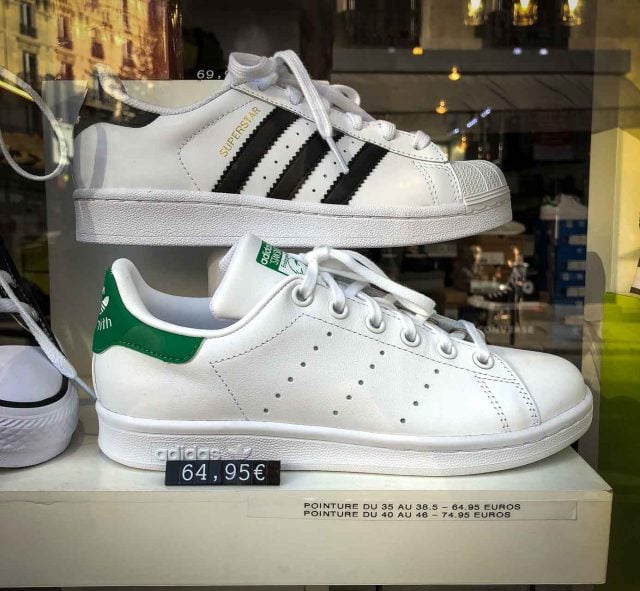 Once upon a time, if you arrived via an airplane, or left your hotel room, wearing puffy white sneakers, you were immediately branded un américain, scorned for your fashion faux pas. So Americans (myself included) purposely wore regular shoes so as not to be pegged as, well – Américains.

A few of us brave souls occasionally bared our American patrimoine (heritage), bucking fashion in favor of comfort. I sometimes wore sneakers, carefully sidestepping those of the puffy variety, and if anyone had a problem with it (or them), I didn’t see it. But I was in the minority in Paris as sneakers were vaguely interdit, and most wore regular shoes around town. When I returned to the States for visits, if I ran into friends, looking down at my feet, they thought I had returned to attend a funeral

Fast forward to right now and the ne plus ultra of sneakers in Paris have been Stan Smiths, which I began wearing when I was twelve years old. Parisians are starting their kids off the same way and I’ve seen families of four, marching down the overly trendy rue de Bretagne on a Saturday afternoon, each adult and child wearing the classic white tennis shoes with the signature forest green labels trailing behind them. 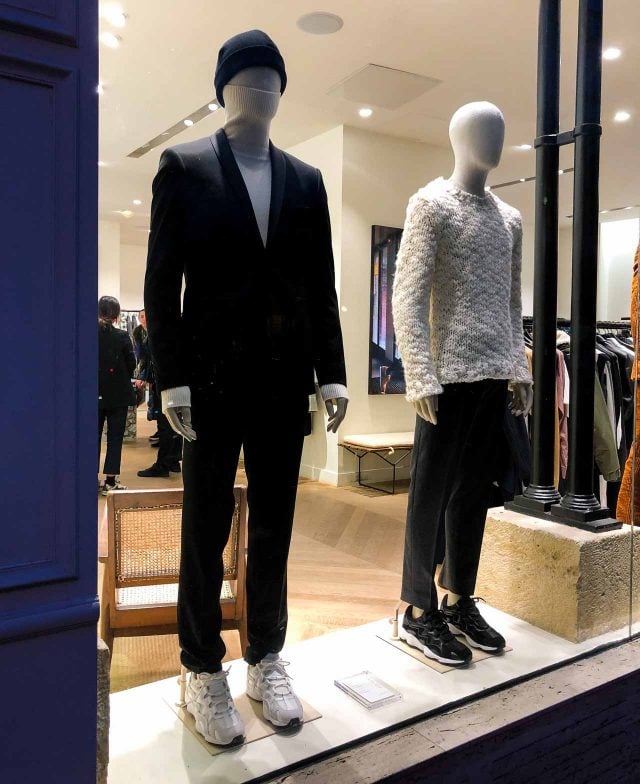 As is bound to happen to any trend (which seem to hold on in Paris longer than they do elsewhere), such as the mojito, which finally was displaced by twenty-sometimes when the Spritz showed up on the scene, Stan Smith sneakers have been on the wane.

No one is quite sure which direction les baskets, as sneakers are called in French, are going, or banking their euros (and wardrobes) on which sneakers to own. (Wikipedia France clarified tennis shoes are also referred to as les tennis, a term which is, of course, accompanied by a photo of Stan Smiths, whose caption notes they’re très populaires.) But les baskets have become the shoes of choice to wear in France. The French are sportif, and the shoes are more comfortable. And these days, no self-respecting jeune wouldn’t be caught dead not wearing sneakers when joining their basket-clad friends for a Spritz in a café.

I’ll have to admit that I felt a bit proprietary of Stan Smith sneakers. My childhood had been co-opted by les bobos, and I stopped wearing mine around town, switching to New Balance. But locals seem to be following my lead, again, and jumping on the New Balance bandwagon, probably because they are the most très américain of the lot. Indeed, no longer is it declassé to be très américian, but branché. So, theoretically, I’m back again, ahead of the curve around town. I never would have imagined that one day, I’d be at the forefront of style in the most stylish city in the world. 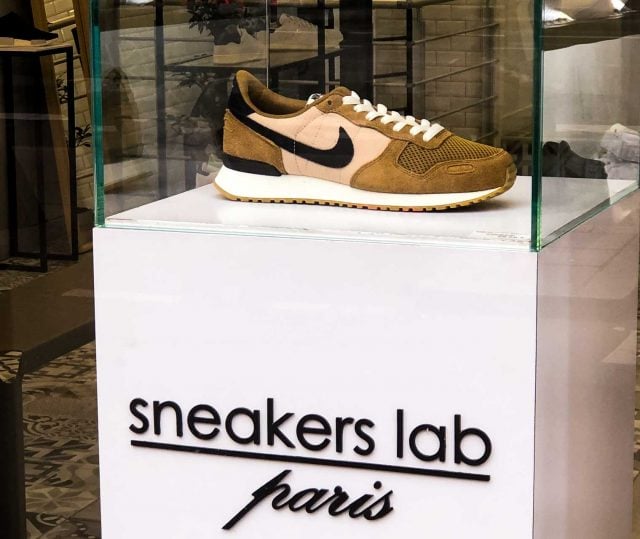 But as an about-face, a French brand, Veja, came on the scene, whose sparse website seems to echo their basket beliefs; transparency, organic, and fair-trade sourcing. To be honest, they’re pretty cool. (And to be honest, cooler than me.) It’s not just because they use “wild rubber,” but I like their clean look, colors, and lines. Oh, and they also make vegan sneakers as well.

Like the days of “no sneakers in Paris,” many of us remember how hard it was to find a vegetarian restaurant in France. (Some friends from California went to one in Paris and when I asked them the next day how it was; “It was fine,” they said, “But…there were no vegetables on the menu.”) Since then, vegan restaurants have supposedly flourished, enough to warrant naming Paris the world’s healthiest city due to its vegan restaurant offerings. (On the other hand, a vegan food festival was called off when faced with threats from hunters and farmers. But on another hand, butchers started demanding protection from vegan activists.) 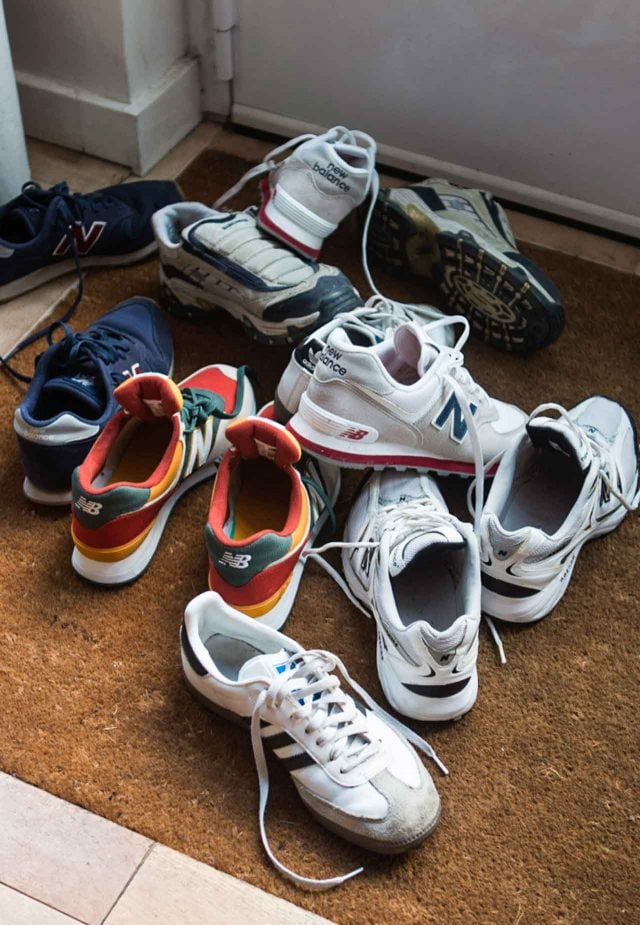 Nowadays I’m overflowing with baskets, and tennises, so I’m not quite ready to add more to my collection, even if the French baskets are cooler than ours. And I’m finding that I haven’t worn my black shoes in months, maybe years. So I guess I’m following in their footsteps, and at the same time, becoming more French. 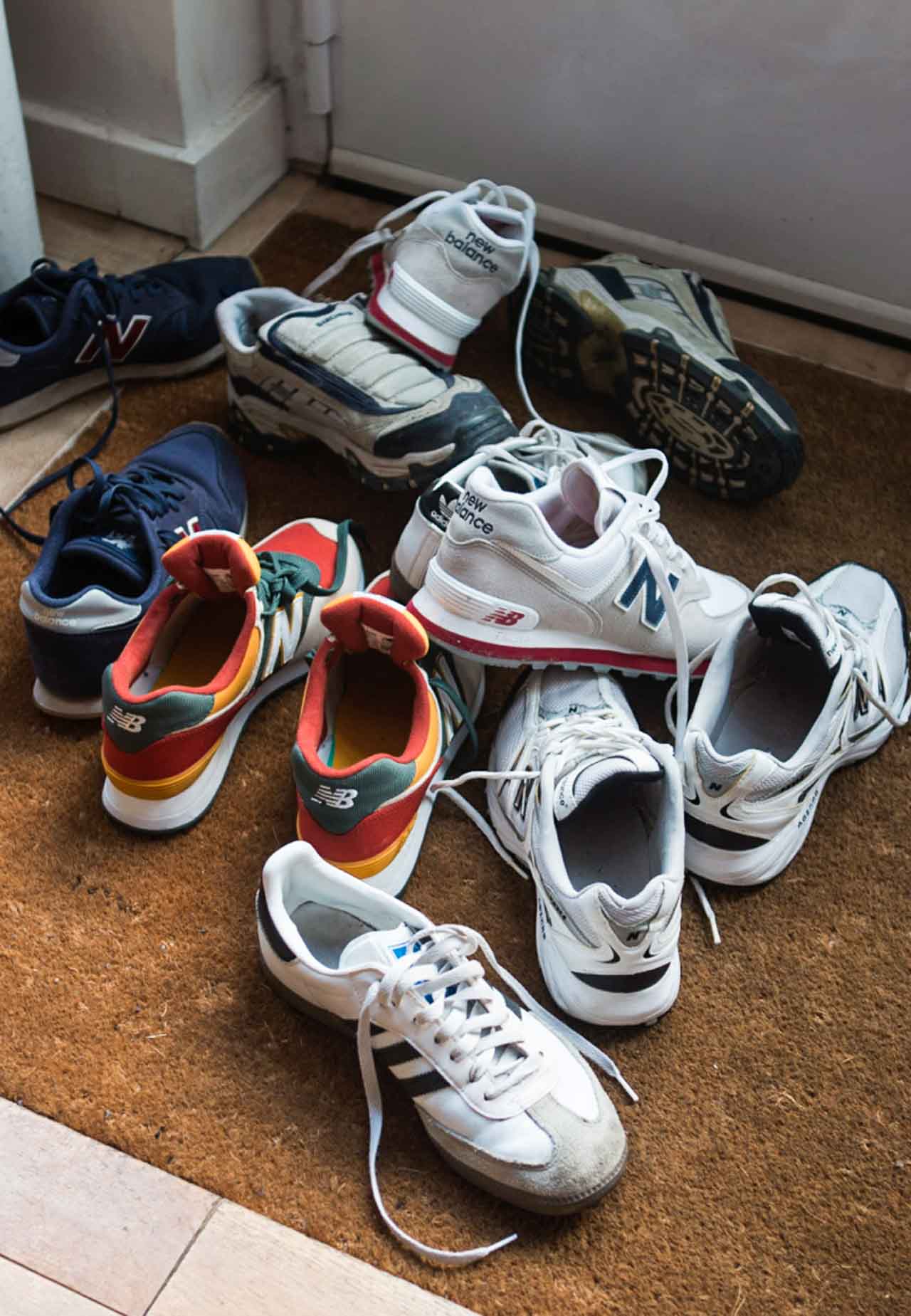