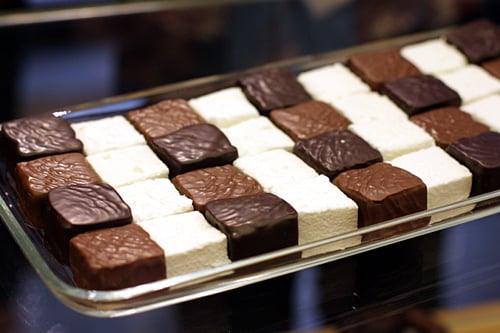 I’ve been quoted on more than one occasion as saying something along the lines of “To a pastry chef, a good marshmallow is the equivalent of a pricey and rare black truffle to a regular chef.” And thinking about it as I type right now, every cookbook I’ve ever written has some sort of recipe for a marshmallow or marshmallow-topped dessert in it. 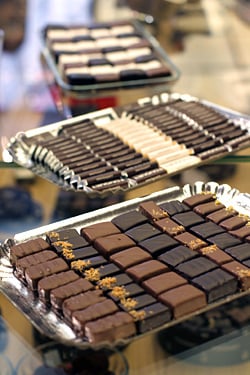 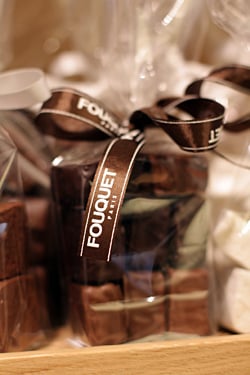 When I was preparing our visit to Fouquet for my recent tour, Fréderic, the owner messaged me that he was going to give us a little avant-première of a new treat – but didn’t let me know to what it was.

And of all my guests were kept in the dark as well, but I don’t think anyone was as happy as me to find out when he pulled out a big tray of frothy whipped marshmallows, which they cut into puffy squares, then passed them under a cascade dark and milk chocolate to enrobe them. Then, they handed them over. 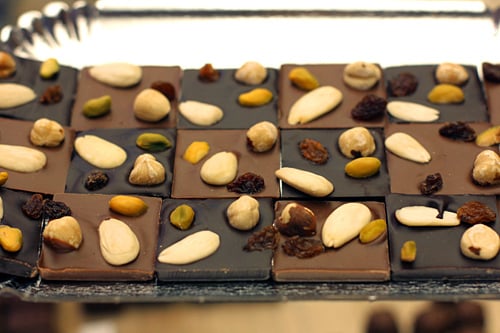 It was the last day of our tour in Paris (before we split for Lausanne) and I have to give my guests beaucoup de credit for powering through all the chocolates that I foisted on them – which I began referring to as le gavage, or the force-feeding. Similar to what they do to the ducks and geese for foie gras. I wonder if they thought I was fattening them up for a possible future feast? 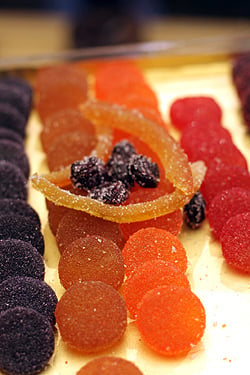 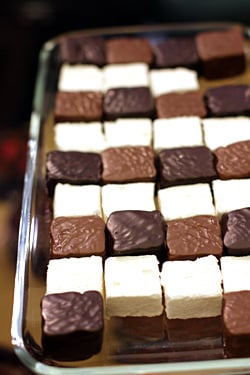 Luckily the marshmallows are now in full production and available to all. I may need to stay away a while longer, which means more for others, I suppose. It’s very altruistic of me, which is not one of my more prominent qualities. However for the greater good of all, I’m willing to make a bit of a sacrifice. Or at least give others a bit of a head start…

(Two other locations in Paris.)

A Visit to Fouquet (Video)