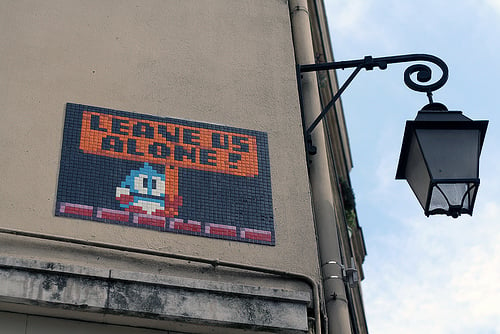 Paris is a relatively safe city, as cities go, and recently, I was having a discussion with someone about places to be wary about traveling to and was told that the only place in the world that they felt unsafe was in….San Francisco. (And they were from Naples!) So anything can happen anywhere in the world and petty crime sometimes occurs in places where you don’t expect it, like museums, hotel dining rooms, and restaurants.

Sometimes it’s just bad luck. Other times, it’s a lapse of common sense. For example, if you wear fancy jewels or tote a pricey handbag on the métro, there is probably someone on there that loves your gold Rolex as much as you do. On public transit, it’s especially easy to “grab and go” things because once the doors shut and the train pulls away, the damage is done. (If that does happen to you, notify the driver at the next station; sometimes they will call security for you and alert others on the train to be careful.) In cases where your wallet is stolen, they will sometimes remove the cash right away and toss everything else in the trash, or even on the ground, as it’s hard to prove that a wad of cash is stolen. So sometimes you do get your wallet back. (A friend had the wallet lifted from her purse, which was next to her in a restaurant. After the diner next to her quickly left before eating, when she realized what had happened, the waitress found her wallet on the ground just outside.)

Wily pickpockets blend in well. It’s easy to categorize people by how they dress or look, or their nationality, but pros know how to mix in. Someone who leads tours in Italy pointed out the pickpockets at her outdoor market, some posing as young couples on their honeymoon and I never would have suspected a thing. I’ve shooed away a few young women “tourists”, looking lost as they tried to read their maps in Barcelona, using the maps to cover up their hands as they rifled through people’s belonging. I’ve seen the same ruse in Paris and it’s a shame that we have to be careful when helping someone who is ostensibly lost.

Tourists and visitors can feel timid about raising a stink in public. But if you feel you are in a “situation”, don’t be afraid to be pro-active; in spite of their reputation, Parisians are very helpful and they hate scams and petty thieves too, and will often come to your aid. (Although that’s not always the case!) However if you feel in danger, it’s best to give up your wallet or whatever, to avoid things escalating. If you are a victim of a crime, you can file a police complaint online and they claim to contact you, but it’s probably better to go to the police yourself, especially if you need a police report to file an insurance claim back home. Bring along a French-speaking person if possible.

This is a common ruse in touristed areas, like the 6th, and happens on the bridges that cross the Seine as well as in places like the Place de l’Opéra and Madeleine. Someone walking in front of you will “find” a gold ring on the ground and pick it up, with a look of surprise. (I don’t know why they are so surprised, since they let it drop from their shirt cuff.) They will show it to you, ask if it’s yours, then after marveling at what a valuable piece of jewelry they found, they will offer to let you buy it from them for a great price. The ring is cheap brass – just walk away. (I usually laugh in their face and tell them “You’re kidding me – right?”, although I don’t recommend that tactic as some people have been spat upon.)

Crowded métros and buses are places to be alert. Be careful of people following you through the turnstiles. It’s a popular way for people to avoid paying the fare. But also, for some, as they push through, squeezing in behind you, they are lifting your wallet. If you see someone getting ready to lunge behind you, do as I do and stop, pretend that you forgot something, and stand there for a moment. They will quickly move on to someone else. You’ll notice that Parisian speak softly on public transit. Speaking loudly quickly identifies you as someone who is not a local and may be in unfamiliar territory. Cameras from your neck easily mark you as someone with something to lose. (As someone who often carries a camera with him, I’m acutely aware of that. I always keep mine in my rucksack.) If the métro is packed when it shows up and you have valuables, you might want to wait for the next one. Notorious métro lines are the lines 1, 2 and 9, as well as stations near Montmartre (including the Anvers and Barbès stations) and you should just be extra aware when riding those lines or entering or exiting those stations. No need to be paranoid – just pay attention.

Paris public transit is fairly safe at night but many lines that go to outer neighborhoods may be deserted at the later hours. While it’s more expensive, if you’re in an unfamiliar neighborhood and there aren’t a lot of people around, ask the restaurant to call a taxi for you. 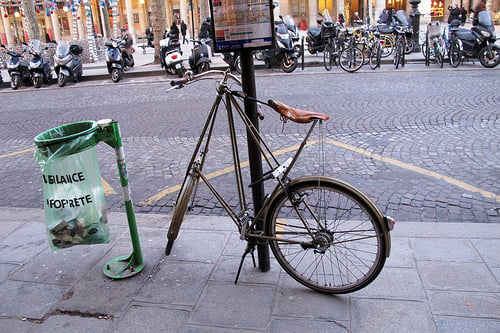 Recently the Louvre security guards went on strike because there were so many pickpockets and petty thieves patrolling the museum. And because children get in free, many of those scofflaws are kids. Everyone is looking at art and not concentrating on their personal belongings. So be especially aware while at the Louvre and if you someone is standing too close to you, move away. If shopping in the gift shop or buying a snack, be aware when you remove your wallet and put it away.

Although some mainstream organizations send young people into the streets to get folks to sign petitions and ask for money to aid valid humanitarian causes, there are teams of young girls and boys with clipboards, clamoring for you to sign something. Often they are for organizations that claim to assist the blind or deaf. As the City of Paris advises, “Although they may seem to be acting on behalf of reputed associations and foundations, they are not. Their only aim is to get money from you, which will never be tranferred to these organzations but instead used to fund illegal organization and underground networks.” And in some instances, while one is asking you to read their papers, another might be checking out your pockets.

Most “real” signature gatherers wear jackets or t-shirts with logos on them. If you suspect otherwise, a good idea is to pretend you don’t speak English when they come up to you and ask, “Do you speak English?” Or just wave them away and keep walking. If you want to donate to a real charity, send them a check directly.

Thieves scope out some ATM machines and have lightning-fast fingers. So once you enter your code, they will rush by, shove you aside, and hit the buttons for the highest amount of cash and run off with it. The way to avoid this is to use ATMs that are located inside banks whenever possible, during business hours. Or go with a friend and have them stand near you while you get cash out.

In restaurants, do not leave purses on the floor, hanging from the back of your chair, or on the banquette or seat next to you. One ruse is that a customer will come in (without a reservation) and slide in next to you. They’ll scope out the menu, then suddenly decide they’re not interested in eating there and leave…taking your wallet with you. Another ruse is to “stumble” when walking by a table, using that as a chance to rifle through a purse left on the floor. That happened to a friend who was staying in a small tourist hotel and a woman, who looked like just another hapless tourist, took a spill while they were having breakfast. She brushed herself off, assuring them that she was “Okay” – and kept on with her day. Unfortunately, my friend spent the rest of the day at the police station and the embassy, filing police reports and getting a new passport.

The RER train from the airport is fast and cheap. It’s also full of jet-lagged people, bleary from a long flight. If you take the RER B train from the airport, do not leave your luggage next to the door; I’ve seen people reach in just as the doors were closing at one of the stations, and grab a suitcase just as the doors were closing. (Fortunately the fellow acted quickly and wrestled his suitcase back just as the door were closing on him.) The “B” line goes through a variety of neighborhoods, and passes by the stadium and a major exposition center, which can mean crowded conditions. They are currently renovating the transit cars on that line which will be a welcome change, and there is talk of special “express” trains to the airport that are cleaner and presumably more secure as well.