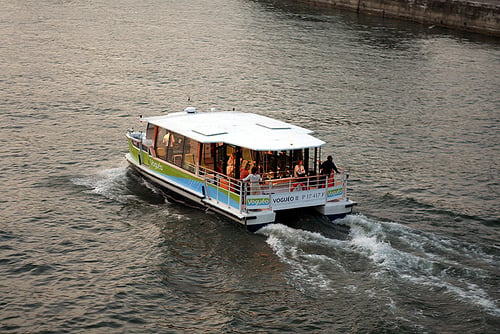 Here is information about Paris transit passes. (Please note that fares change, so check the RATP website directly for latest information and fares.) Tickets and passes are available in métro and bus stations, as well as RER and train stations, and kiosks at Orly and Charles de Gaulle Airport. You’ll also find a link at the end for a listing of other places in Paris to buy transit tickets and passes.

Please note that many of the métro stations have changed and the people in the ticket booth no longer sell tickets. The major stations, however, are still manned by cashiers. Most of the transactions are now done by bilingual machines which don’t take American credit cards, although the machines they do take cash and coins in euros. I recommend bringing exact change in coins when you go.

Also prices are subject to change and for the most up-to-date information, follow the links provided to check on prices directly at the website(s).

Paris passes are generally good for zones 1 and 2, which are sufficient for most visitors. Tickets to the airports or to Versailles (which are other zones) are best purchased separately since you will likely only be making that trip once or twice, which isn’t enough to justify the higher-priced pass

In my opinion, if your arrival dates jibe with the ones for the Navigo Découverte, that’s the best pass as it allows unlimited travel so you don’t have to fumble and worry with tickets and transfers.

It’s only valid Monday-Sunday and you’ll need to purchase a one-time card (€5), but most visitors who come for the week will likely use more than the ten tickets in the carnet, and you can simply recharge the Navigo Découverte card on subsequent visits.

Single tickets (€1.70), available in métro and train stations, as well as from bus drivers and other agencies. Note that tickets purchased from drivers cannot be used for transfers.

Ten tickets (€13,30) are available as a carnet, which can be purchased in métro and train stations and in Tabacs showing a RATP sticker or sign. Called T+ Tickets, they’re good for ten rides anywhere on the métro, bus, or RER within Paris, and transfers. But you can’t transfer from bus to métro, or vice-versa. Tickets are good indefinitely and can be split amongst others, and used on subsequent trips.

This one-week pass is available to anyone and is only valid from Monday mornings through Sunday evenings. These replace the Carte Orange. You must first buy a card and pay a one-time fee (€5) and have a stamp-sized photo (approximately 25mm x 30mm), which does not need to be passport quality. There are photo machines in some métro stations but I recommend bringing one from home, if you can.

These passes can be purchased in any métro or train station, as well as certain agencies within Paris and at the airports. Then you can pay by the week (€19,80) or by the month by reloading the card, as desired.

You can buy a one-day pass, called a Carte Mobilis at any métro station or other agencies. Price is €6.10 per day, which will pay for itself after just three rides. No ID is required.

The Vélib’ program is a shared-bike program which allows use of public bicycles in 30-minute increments. Visitors can purchase a day pass (€1) or a week pass (€5) at the automatic kiosks at the bike stations.

Note that you can only purchase tickets if you have a credit card embedded with a microchip, which most American credit cards don’t have. You can read more about them at Vélib’ Bikes in Paris.

With this pass, you can get some discounts and reduced admissions for museums, sights, and spectacles, such as the Lido, as well as others.

In my opinion, these are rather expensive and you’ll do better buying a carnet of tickets or a Navigo Découverte, unless you’ll be using the transit a lot during those few days and/or you plan to visit several of those places to take advantage of the discount. For convenience, you can purchase a Paris Visite online, in advance (from places such as RailEurope and Discover France), for an additional fee. If going that route, it pays to shop around as prices vary.

(Please note that I’m not affiliated with either of those links or sites. They’re purely for informational purposes only.)

Not a transit pass, but the Paris Museum Pass is available as a two (€32), four (€48) or six (€64) day pass that allows discount admission to museums and major monuments. Another feature is there are special lines for admission, allowing you faster entrance.

It’s worth doing some calculation to see if the Paris Museum Pass is worth it to you. Because some exhibitions in Paris are crowded, being about to jump the queue (officially!) does have a certain value: if you’re planning to go to a lot of museums, it might be a worthwhile investment.

(Prices mentioned above are subject to change, as well as conditions.) 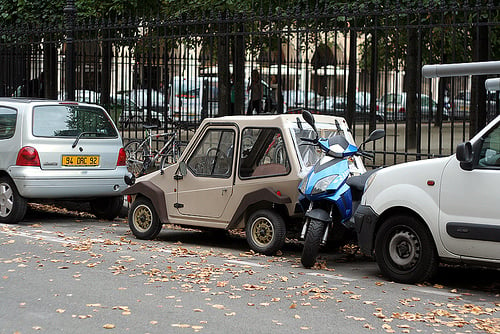 List of Places Where Métro Tickets & Passes Are Available