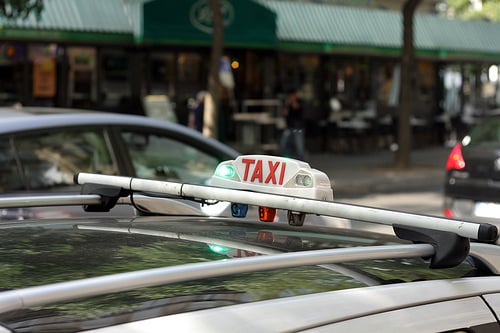 Like many cities, taxis play a major role in getting people around Paris. However getting a taxi in Paris can be quite a challenge. And with only 4000 cabs added since 1937, from 14k to 18K, if you’ve ever been standing on a deserted street at 2am, then you don’t need me to tell you what a relief it is to find a taxi when you need it.

Also, as far as I know, Paris is one of the only European cities where the meters start when you call the cab. So be aware that if calling in advance, there will already be a higher fare on the meter than what is normally there if you just hail one yourself. (The Lyria train has a service where they will have a cab waiting for you at the Gare de Lyon, which I once used and when I got in, I saw the meter already had €17 on it. The total fare was €24 so most of it was “waiting time. I do recommend using a driver or making arrangements to be picked up by a service or taxi if arriving at the Gare du Nord via the Eurostar as there can be huge lines for taxis there. But at the other stations, it’s usually not a problem.)

A couple of new services have started in Paris. One are shared cabs, where you split the fare with someone. I’m not sure if you’ll save all that much on a trip within the city, but going to the airport can cut the far almost by half. Another development are véhicules de tourisme avec chauffeur (VTC), or taxi-like vehicles with private drivers. The government is trying to impose a rule that if you use a non taxi chauffeur, they have to wait 15 minutes before picking you up. Here are a few other caveats to know about taking a taxi in Paris:

– There is a minimum charge to take a cab in Paris; which begins at €6,60. So even if you’re not going far, that’s the minimum you can expect to spend.

– Taxis in Paris will charge €1 extra for each piece of luggage. The first is supposed to be free.

– The vast majority of taxis in Paris don’t take credit cards, as the drivers don’t wish to pay the fees the card companies charge, which cuts into their earnings. Expect to pay in cash and small bills are best as drivers don’t usually have change for larger bills. Tips are not required, although rounding up or giving some extra coins, is appreciated – but only if the service is good.

– Taxis in Paris aren’t supposed to stop just anywhere to pick people up. There are taxi stands located at major intersections where they stop. However they will usually stop for fares if you’re standing somewhere where they can safely pull over.

– It’s very hard to get a taxi at night in Paris, especially on weekends or in the evenings. If dining in a restaurant, have the restaurant call a cab for you, or you may find yourself stuck late in the evening on a deserted street.

– Taxis in Paris have lights on top of the vehicle. If the light is green, they are available. If red, the taxi is either occupied or en route to pick up a fare. 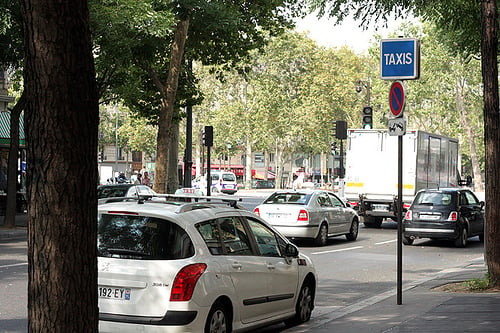 A few traditional taxi companies have started offering shared cabs. Companies include Cityzen and Wecab, which allows you to share a taxi to and from the airport and train stations. I did a quick search and found that the price from the airport to my place via shared cab is €33.50, about €20 less then if I had taken a single cab myself. Of course, you may have another passenger sharing the vehicle, or you may have it to yourself if there isn’t another fare.

Dotted around the city are taxi stands (bornes) with speaker-like devices, where drivers wait for fares and using a central telephone line will connect you to the nearest borne where a driver will be dispatched if available. You’ll need to speak French and the meter starts from the time the driver gets the call, although since it’s usually just a few blocks away, it should not be more than a few extra euros. The Paris.fr site shows where the bornes are located and you can telephone 01 45 30 30 30 and use the touchtone menu (in French) to direct the call to the nearest borne, by neighborhood, to have a standard taxi pick you up.

Ordering a Cab in Advance

Some taxi services, like G7 and Taxis Bleus, will let you order a cab in advance via telephone, their website, or using a smartphone app. (G7 has an English-speaking line, and a website in English.) And both will let you order a hybrid vehicle as well. Note that the fare starts as soon as the driver gets the call, so expect charges on the meter when the taxi arrives to pick you up.

Recently there has been a spurt of drivers on-call (similar to taxis) but work like private drivers where you order the car in advance using a smartphone, telephone, or the internet, and they arrive at a certain time. Prices are either fixed or estimated in advance and the payment is deducted from your credit card, which you register in advance with the company. Some sites are multilingual. Companies include Le Cab, Club Chauffeur, Snapcar, Chauffer-Privé, and Allocab, and Uber, whose site is the sleekest of the lot. 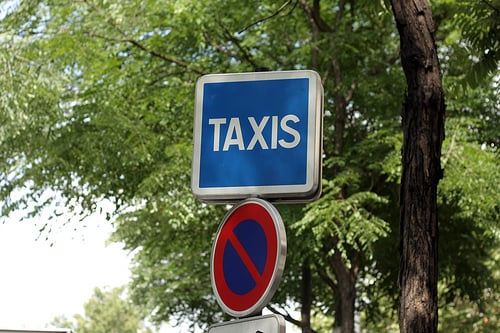 Finding a Hotel in Paris

Renting an Apartment in Paris