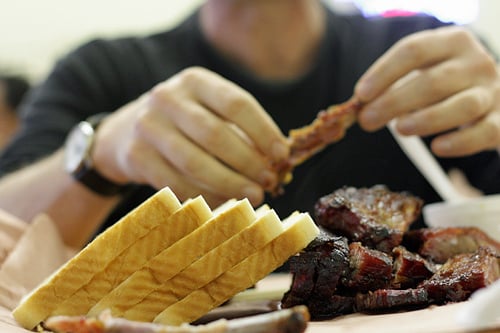 Someone had asked me how to get a lot of comments on a blog last week. So I answered that it was pretty simple: “Put up a recipe with corn syrup in it.” Since I’m in Texas, however, there’s another way to rile up the masses and that is to write up a barbecue joint. Honestly, there is nothing that divides Texans or Kansas City-folk more than the proper way to prepare and eat this most divisive of all foods. (Chili notwithstanding.)

Many cultures do ribs well. I’ve had lovely, tender ribs in Chinese, Vietnamese, Singaporean, and even Parisian restaurants. (Okay, they were in my apartment.) But you can’t get that velvety, drop-off-the-bone silkiness of ribs prepared by a qualified pit boss like you do at a place like Smitty’s. 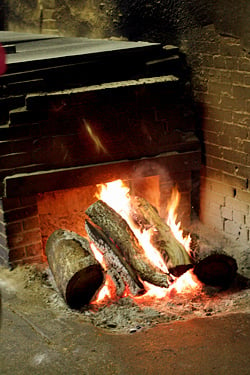 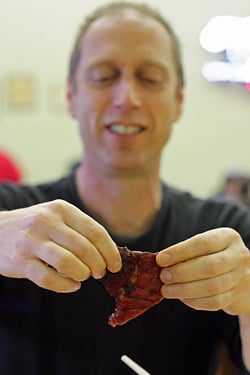 Even better is when a friend, Matt Lee the “pit boss” of Tèo gelato, (or whatever the frozen dessert equivalent is), whisked me up from the curb of the airport and high-tailed me out to Lockhart.

Last time I was in town, he took me to Kreuz, which was indeed, pretty tasty. And many commenters came out to tell me either how great it was (which I already knew, but it was nice to get confirmation from locals), or how wrong I was and that there were better places. One person even pointed out that I had allegedly made an error by claiming that Kreuz had sauce, but I had photo proof of something red and liquid that closely resembled my definition of sauce, and the camera—nor I—does not lie. 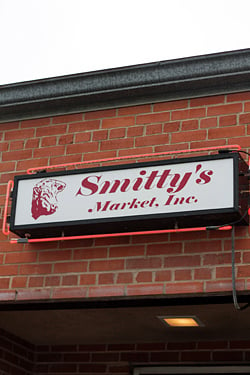 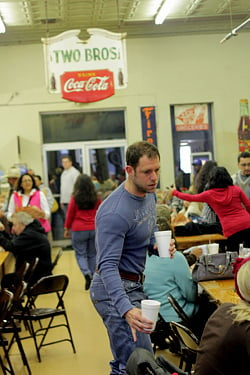 But aside from grammatical (as in that last sentence) and saucy infractions, the ribs and brisket at Smitty’s were phenomenal. You line up, tell ’em what you want, and it all gets weighed then dumped in the middle of a few sheets of coarse butcher paper. It’s important to grab all four corners…making sure they’re completely secure as it would be a shame, and probably a little embarrassing as I’m sure that’s a sign of being a non-local to drop one single beefy morsel, and grab a seat at one of the long tables. 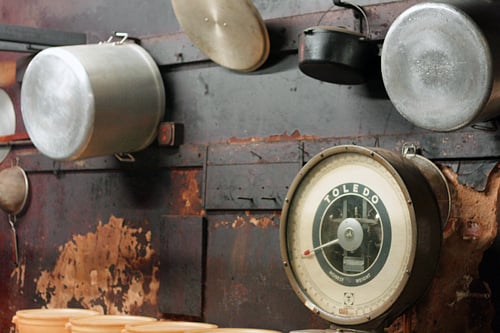 Sides are available; my choices are always cole slaw, pickles, and the inevitable white bread which is used to make on-the-spot brisket sandwiches smeared with a few glugs of that spicy-sweet barbeque sauce. To say we ate well is the understatement of my trip and we picked and pulled at the tender beef until our fingers were as well-seasoned as their ribs were. 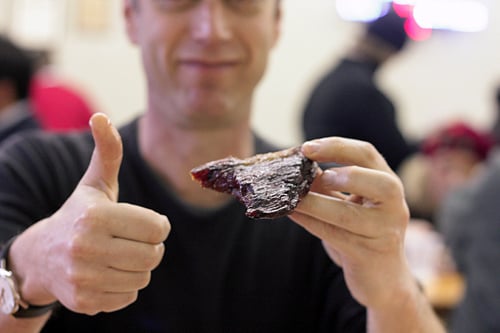 When I went to New York City back a spell, I wanted to try to burnt tips at a local joint that everyone directed me downtown to try. Unfortunately they were out of them that day and although they don’t call them by the same name at Smitty’s—at least not on the bare-bones menu, whatever those crunchy triangular pieces of beef were, they were worth taking the trip to Lockhart to try. 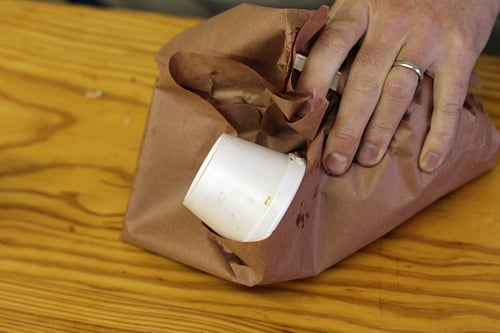 Whether or not they had any kind of sweetener in the seasoning is a mystery to me. And frankly, I don’t care because I’m not eating ribs and brisket like this on a daily basis. Which is probably a good thing because I don’t think barbecue this good should be eaten regularly. (Which is why I don’t live in nearby Austin; it’s just too close for comfort.) And when we were chowing down on our bbq out in the boonies, I said to my friend, “I’m sometimes afraid of going to these places way out here in the sticks”, and he confirmed, “Well, we’re probably the only two people here who aren’t carrying guns.” 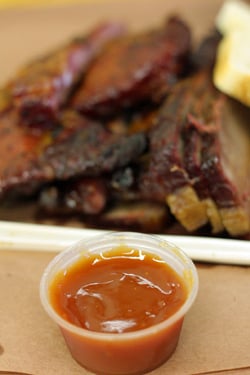 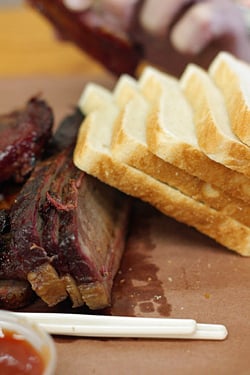 Fortunately I didn’t feel in any danger, even with the roaring flames of the barbecue pit or the massive mound of meat piled up between us. And we both made it back to Austin completely intact, after our hands were scrubbed and ready to go. The only remaining evidence were a couple of belts that needed to be loosed a notch, or two, speaking of comfort. 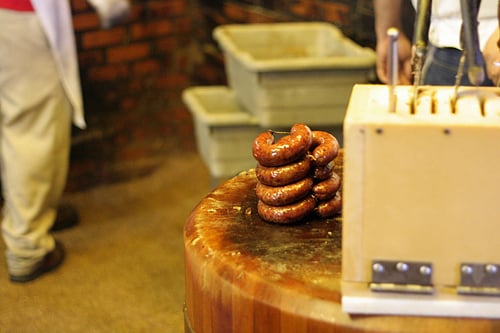