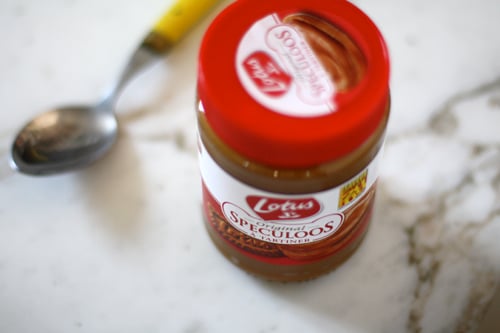 I don’t have conclusive proof, but I’m going to say it anyways: the cashiers at my local Monoprix are perhaps the least pleasant people in all of France. I once needed to use their photo machine for some documents, which required a €5 note. So after waiting in two lines, asking two different cashiers to change a €20, they both refused. So I went downstairs to the supermarket and bought some groceries, which totaled something like €9.68.

When the cashier handed me back a €10, I politely requested 2 fives, mentioning that I needed one to use their photo machine. When she refused, I asked her why. And she snapped back, “Because I don’t have any change!” So I walked to the end of the counter where I could get a pretty clear view of her her cash box brimming with bills. Even though she had a sizable wad of €5 notes stacked up in there, if I wanted to change, I had to go back upstairs to the one particular register that is equipped to give change.

After waiting behind four customers, which I won’t tell you how long that took, when it was my turn, I handed over the €10, asking for 2 fives.

When she said, “What for?”…it took every gram of patience for me not to say, “So I don’t strangle you.”

Lucky for her, instead, I told Romain about it later that day. “You should’ve just gone to the métro station and used their photo machine. Plus they’ll give you change if you need it” he advised, as if that was the only natural thing to do. (But it’s not just change that’s in short supply; it’s sympathy as well. One day I went to pay, and frantically rummaging through my pockets, I thought I’d lost my wallet. The cashier’s response? She started laughing at me. ) It was then I realized that in France, social programs and public companies work much better than private ones. Except Apple, who I am convinced should run the country. And open a Genius Bar in city hall, while they’re at it. 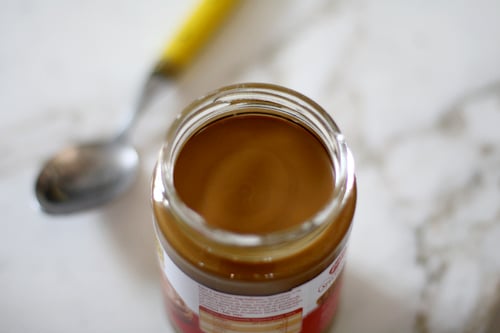 If you want to see a French person go ballistic, ask them what they think of their bank. (Interestingly, defying any sort of logic, I just learned that I can only get change only at the branch of my bank where I opened my account, but not at any others.) But the métro, high-speed trains, and French health care system work exceedingly well. In fact, it was strange to watch the health care debate in America since that system is teeming with flaws, and not one time did I hear anyone talk about the French model. 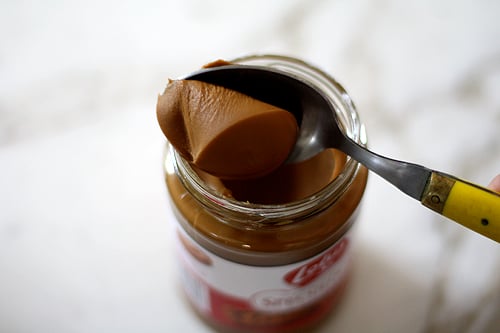 Most of the arguments against reform went along the lines of “I don’t want the government telling me what to do”, which is unusual because in France, the government doesn’t tell you what to do: your doctor prescribes treatment, then you get it done. There’s no gatekeeper or anyone deciding yes or no, except your doctor. And my doctor is so nice that she prescribed me a free colonoscopy earlier this year, which included a plateful of delicious madeleines in the recovery room afterward.

Even though it’s hard to get a free colonoscopy, I’d imagine, there’s plenty of other good things to be had in America. And when Romain and I went to Florida last year, I brought an empty suitcase just to fill up with all-American goodies at the supermarket. When we hit the register and I’d loaded up the conveyor belt with natural cocoa powder, cupcake liners, marshmallow cream, butterscotch chips, tinned tomatillos, unscented shaving gel, organic crunchy peanut butter, and Orville Redenbacker’s, I spotted the rack of candy, with York Peppermint Patties piled on it, and said aloud that I should’ve got one.

The cashier looked at me, and said, “Hold on just a minute.” Now to anyone who lives in France, you might want to sit down when you read this next line—she actually walked around the counter and grabbed one off the rack for me.

And of course, because I was getting one—even if he didn’t know what it was, Romain wanted one too. And when she looked into those sad French eyes of his, she said, “Honey, do you want one too?” and went over to get him one as well. 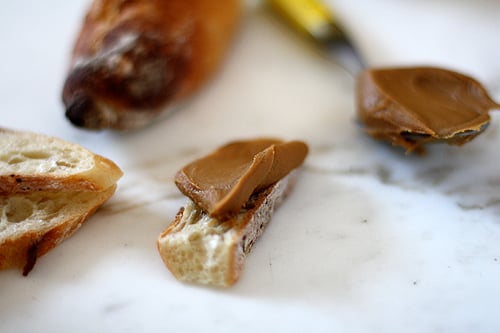 When we were back in Paris, telling his parents about the trip, I could detect him getting a little misty-eyed when he said, “And the supermarket— pas de stresse!.” Which was something I never really thought about, although I recounted some of the startling differences between upscale American supermarkets with my local one here in my Paris book.

In spite of the fact that Americans think the French only eat wonderful foods, a trip to the supermarket can yield some odd surprises. Yes, my supermarket carries every conceivable flavor of yogurt. Yet they don’t have plain. Harry’s Bread, the most popular bread in France, and similar to Wonder Bread, I just learned now comes in a crustless, snowy-white variety. And how surprised was I recently to see a group of teenagers walking out of a supermarket with a jumbo bag of Pepperidge Farms cookies, literally, the size of a sofa cushion.

However I’m not immune to this creeping bit of Americana dans le supermarché. And a while back I was in line, admiring the jars of Nutella lined up in the unreachable distance. While pondering getting out of line (I can’t imagine asking someone to hold you place while you ran to get something you forgot), I scanned the shelf and saw a jar of something called Speculoos à Tartiner.

For those of you unfamiliar with them, Speculoos are Belgian spice cookies, similar to gingersnaps. They have a bracing nip of spices, enhanced with dark brown sugar, and I don’t mind at all when I order a coffee and one comes alongside as a petit cadeau. 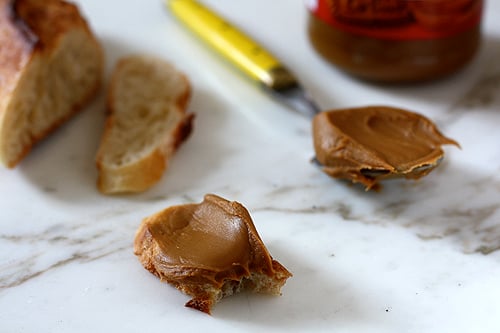 When I worked at Chez Panisse way back when, the worst thing you could imagine was to run into a co-worker at…of all places, the supermarket. Because sure enough, there would inevitably be a box of Mallomars or Tostitos or a pack of Ballpark franks tossed in your cart. And you were completely busted.

So after I ended my three month boycott of Monoprix (an act which I’m sure went unnoticed), when I was coming home from Monoprix last week, hauling my reusable somewhat transparent shopping bag, I ran into not one…but four different readers…who stopped me to say hello. One told me that she “…laughed her ass off reading my Paris book.” I’m polite so I didn’t ask her to turn around for verification, but I took her word for her.

(To the cashiers at Monoprix: See? Is being polite really all that hard?)

In case any of those four people are reading this, the reason I was being so furtive was that I’d picked up a jar of Speculoos cream at long last. I don’t know if the French are label-readers like we Americans are, but I did take a look at the ingredients. I won’t recount what was in it, because I find all this talk about interdit ingredients a bit ennuyeax. In the states, everyone is in a tizzy about whatever is the bad-guy of the moment, and there were likely a few in there. But since the label proudly noted that this paste won a Saveur de l’année 2009, some sort of French taste award, I reasoned that if it’s good enough for French tastemakers, it’s good enough for me.

Luckily no one saw the forbidden jar in my sack—or they were just being polite, and when I got it home, I twisted off the top, curious to how a spread made with spicy cookies in it would taste. 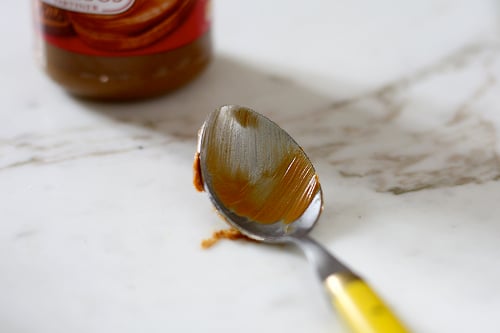 That means, sort of, “Holy cow!” in French. Of course, they don’t use the exclamation mark because that would be très américain. And aside from expecting an occasional token of kindness from the cashiers at the supermarket, I wouldn’t want to be accused of that either. Still, I gotta give it to those French tastemakers: the Speculoos à Tartiner was amazing. Imagine in not-too-sweet gingersnap, spicy and bold, that you can smear over a piece of baguette. Or lick right off the spoon. Move over Nutella. (Unless there’s a chocolate version. Then we’ll talk.)

This is a pretty big jar, and I feel a lot better now that I’ve come out and no longer feel the need to hide my jar of speculoos paste from passing strangers. But because it’s so good, I think I’d better hide it from myself, as this is seriously dangerous stuff. So hopefully this jar will likely last me a while. But if it doesn’t, I know where I can get more. And I’ll even brave the cashiers at the supermarket checkout to get it.
UPDATE: It seems as if this spread is finally be imported into the United States. It’s available on Amazon and may possibly be found in specialty food stores in your area. It’s also available through the Biscoff Online Store.

Chocolate That’s “Too Good to Use” 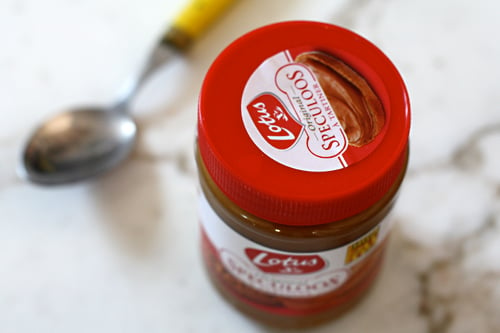 Oddly, the “Biscoff spread” (as they call it elsewhere) keeps disappearing from the Biscoff website, which sells it in the United States. You might wish to inquire at the Lotus Bakeries worldwide site for availability.