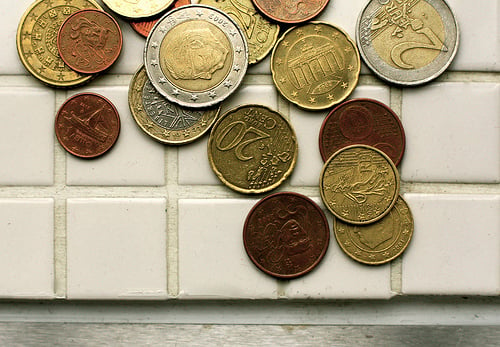 One of the things that you need to have when shopping for food in France is a big, sturdy shopping basket. You also need to have a bit of patience because the lines can be long, and lines in Paris are like airplane restrooms; when it’s your turn, everyone behind you disappears and suddenly, you seem to have all the time in the world. But more important in Paris than having a big pannier, and an even bigger bladder (because few markets have a place to, uh, “go”), is that you also need to have plenty of change.

France and America have a curious relationship. Each is fascinated with each other and have a camaraderie that’s built on admiration, a little frustration, and a soupçon of envy. For every American that rattles on about “free health care” (no matter that it’s not free, it’s paid for by – or from – a percentage of your earnings) there is a French person exclaiming how much they would love to live in New York City because of l’energie.

(No matter that if you walked right into someone as if they weren’t there, as happens in Paris, they’d certainly get a real “New York Experience” from a real New Yorker.)

The 2008 presidential election in America was very closely watched by the French. Like almost every other country and culture, during the previous eight years, they’d felt not only distanced from their the United States, but the French were the brunt of some particularly silly political posturing. I remember trying to explain “Freedom fries” to other students in my French class, and they just stared at me with their jaws agape. It was really a test of my comprehension of French, but also my comprehension of English, as my English-speaking friends didn’t seem to understand it either. (Okay, neither did I.)

So the French took a particular interest in Barack Obama whose campaign slogan frequently mentioned “change.” And during that time, when French people would ask me who I was voting for, then would give me a big thumb’s up when they’d carefully pronounce Obama’s name, syllable-by-syllable, and say, “Yes. We. Can.” in English to me, with a distinct French accent. There was even a cookbook called “Yes We Cook”, with the title written in English, filled with American recipes – in French. 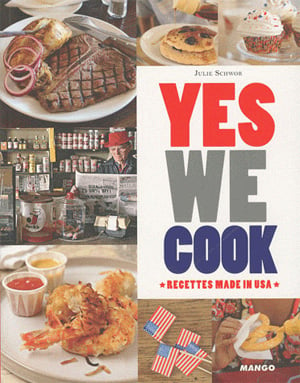 So last year, when François Hollande was elected to public office, his slogan was “Le Changement est Maintentant” with a font remarkably similar to the one used by the Obama campaign. I guess if it worked in America, they figured it should work in France. And it did.

For a culture that’s notoriously resistant to change, I found it odd that he was using that slogan to win voters. When I asked folks what “change” he was talking about, the answer was always the same: that he wasn’t the previous president. When I would persist, and follow up with, “Great. And what else?” Then after a few more tries, punctuated with awkward, stilted silences, when I pressed further, they would return to saying that he was just about change for, you know, some things. But no one could tell me precisely what the changes were going to be aside from being a change from the previous guy. 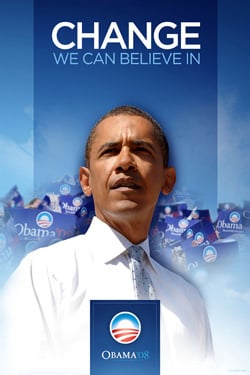 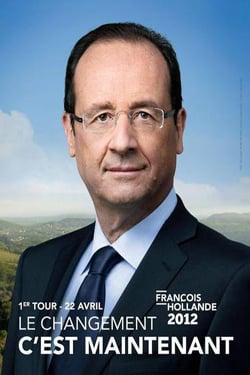 Change may have been in the air during our last election, but it’s certainly not in the stores and at the market vendors, where change is always in short supply. I’ve had cashiers with full trays of money insist they didn’t have any change, before slamming it shut. At a Monoprix store, I needed change to use their photo machine for an official document photo* and not one of the three cashiers would give me a two €5 notes for my €10, which the machine didn’t accept (either.) I had to wait in line for the magically special cashier (with the longest line, of course) that had the unique ability to give change. But she must not have been an Obama – or Hollande – supporter, because she refused changement as well.

So I went downstairs to their supermarket and bought a few things, assuming I could enact change. But alas, I didn’t calculate correctly and when I didn’t get a €5 note back, with a curt “C’est pas possible!” she slammed her drawer shut when I pointed out a wad of 5s and asked as politely as possible if I could perhaps have two of them in exchange for my €10. But lest anything thinks the French don’t have a good sense of humor, the guy behind me had a huge laugh about it with me. Although it didn’t seem to make her any happier. (But then again, she probably had a good chuckle with her co-workers about it in the staff break room.)

Some banks in Paris even go so far as to post notes on their doors that they don’t have any change. It’s always in English, because the locals know better. Lately I was talking to some visitors that had changed dollars for euros before they came to France, arriving with stacks of €100 notes. And in one extreme case, a friend flashed a €500 note, telling me that she would just go get change at a bank. Considering another visiting friend (whose wife is French, who has an account at a bank here) went into their bank and they refused to change a €100 for him, I told her that her only option was to go to Hermès and buy a fancy scarf. She refused to believe me, but I am pretty sure the next time I see her, she will have a fashionably attired neck – and a slightly lighter wallet.

(Perhaps those large bills are a government-endorsed program to get people to spend more money on their trips? Who says the French aren’t good entrepreneurs?)

One reason that getting change is difficult is that people like to take money, but don’t like giving it back. Taking is great. Giving back? Not so much… And it’s also more work to have to dig through the drawer and count out money rather than sit there and make people rifle through their pants to fish out that lone centime buried in the lint at the bottom of their pocket. 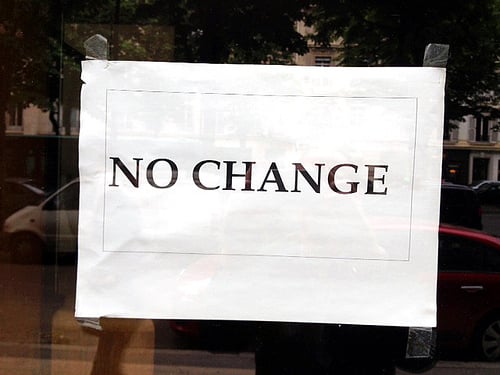 I am the hero at my local butcher shop. Not because I buy so much beef, but because I once went it with a pocketful of coins, which I was happy to trade-off with the cashier, a transaction which took probably ten minutes, but made her day. And mine, thrilled that I had gotten rid of all those coins that were weighing me down. (Well, until I realized how precious all those little coins were. And getting rid of them made me feel like a chump further down the line after realizing I’d handed up such valuable currency.)

Our current president is having a little trouble getting change around here as well, and his poll numbers show it. Am not sure how he is going to steer the country out of the current crise, but I feel for the man, I really do, because I have felt the pain of being unable to accept change. Actually, I’ll accept it. But from now on, I’m holding on to it.

*In France, official document photographs must conform to several things. Of course, they have to be a very specific size. But second in importance is that you are also not allowed to smile, and if you have any sort of grin or sign of happiness, they will get rejected and you’ll have to go back and get more pictures taken. In a departure from showing people what a happy-go-lucky guy I am, I used one of my “official” pictures as an icon on Twitter for a while and people were so severely traumatized that they wrote to tell me that it “scared them.” Even Ruth Reichl told to please remove my picture because it frightened her, too. 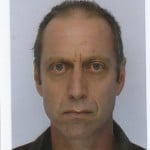