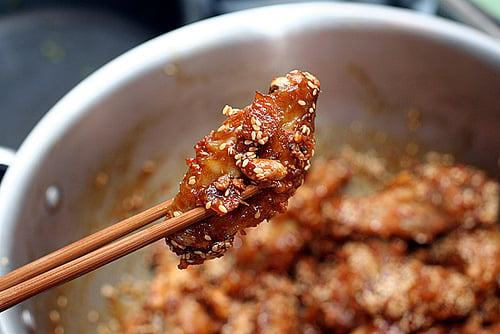 I’m always a little late to the party. For example, last week, the Super Bowl festivities took place. But honestly, I have an excuse. Actually I have a few. Since I don’t live in America, there isn’t much enthusiasm for American football around here. When I tried to explain the concept of the grandeur of Super Bowl Sunday to Romain, he gave me that typically blank stare which is sort of a signal to not even bother with an explanation, because it made my head hurt thinking about it. 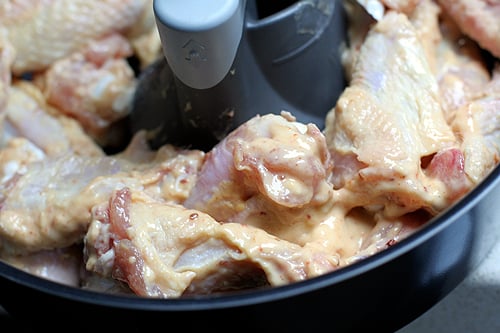 Equally unexplainable, he asked; “Do you understand American football?” and it took me about one second to respond, “Non“. But truthfully, who on earth does? All I know is that those games seem to go on and on and on forever. One team runs a few yards and knocks down someone. Then they all take a break, walk around, talk to each other, pat a few behinds, the cameras scan the crowd, then they do it again. After a few more tackles, breaks, and changes of direction, there’s ten minutes of shaving commercials before the non-action resumes.

The other excuse is that I was busy making me some chicken wings. Although I wasn’t preparing them the Buffalo-style way, equally incomprehensible was the concept of chicken wings with bleu cheese dressing and celery sticks. Le poulet, he got. But when I started talking about mixing up bleu cheese dressing and dipping chicken in it, his eyes opened wide, and all he could say was, “Do they use French bleu cheese?” with a little bit of incredulousness.

I didn’t know how to explain to him that a majority of the people who dip wings in bleu cheese dressing aren’t all that concerned with the provenance of the cheese. And when I added that celery sticks were de rigeur, even I had to admit that it made no sense to me either. Those crazy Americans! 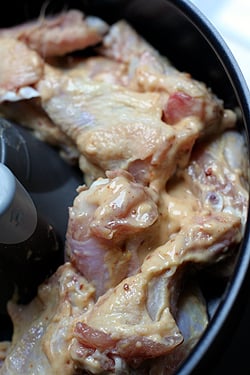 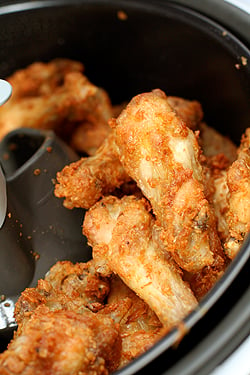 Some around here also can’t fathom my fascination with Korean food and I would venture to say that my apartment probably smells more of kimchi than any other in Paris.

But I love grilled and fried foods, especially those that are spicy and a little sweet. And often, Korean foods fit that bill. I’ve learned a fair bit about Korean cooking from a wonderful site by Maangchi, whose videos I watch when I want to see how Korean dishes are prepared, since I’m about as far from Korean as I am from Parisien.

Her Sweet and Crispy Chicken caught my eye a while back, since I love deep-fried chicken perhaps more than anything of all. A while back there was an article about words in recipes that are “deal-breakers”, terms and techniques that turn a reader off to making a recipe.

For me, when a recipe begins with the line: “Heat 2 quarts of oil for deep-frying”, I turn the page or click away. I love deep-fried food, but it seems like a waste to heat all that oil, and the clean up afterward is a nightmare. Maangchi deep fries her wings, twice, so they’re extra-crispy. But I used my ActiFry machine. 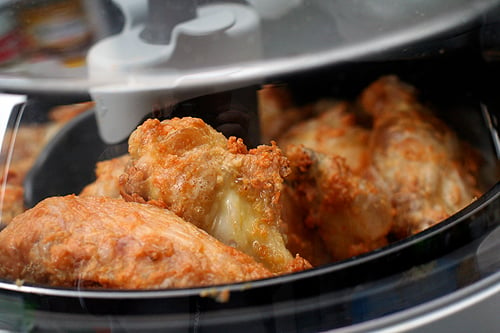 And after a few minutes in there, my wings developed a crispy surface and the skin was starting to actually sizzle. And about thirty minutes later, my wings were on their way to a Super Bowl-worthy, sweet victory. 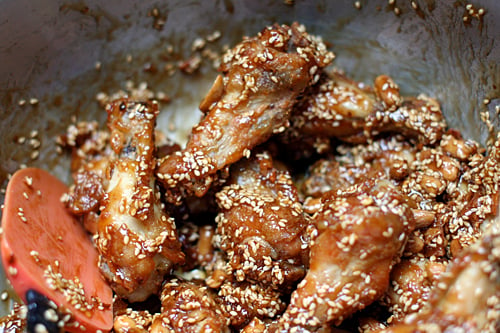 You can watch her Dakkangjung video on how she makes these wings lording over her jumbo, sizzling wok. But I’m thinking the wings could be baked first, then slathered with the sticky sauce. I loved these wings and so did everyone else that nibbled on them around here. So much so that I became a full-on fan of Maangchi. If you taste these wings, you’ll be an instant fan, too.

Adapted from Dakkangjung: Sweet & Crispy Chicken from Maangchi I made a few changes to the original recipe. One was that I used the corn syrup, which I buy at Ace Mart, the Korean shop in Paris. I divided her recipe in half, since it made a lot of wings. So if you’re having more people over, feel free to double the recipe.

The ActiFry (My Product Review)