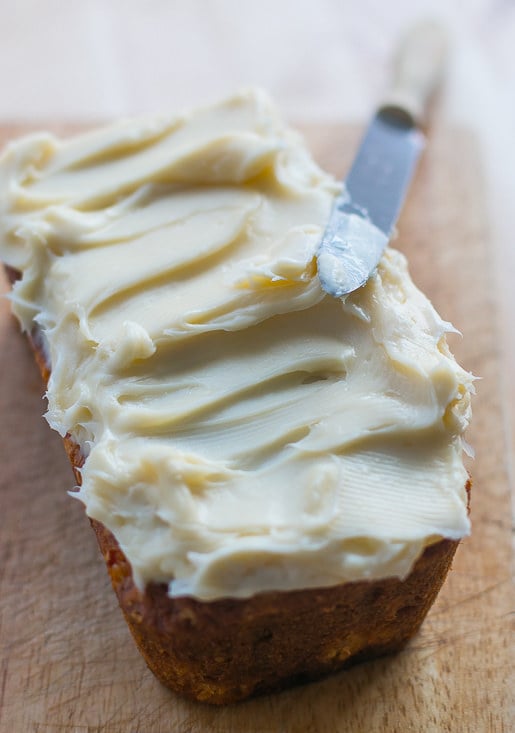 Someone recently asked me why cookbooks go out of print. I was thinking about it and when trying to find out how many cookbooks are introduced each year, I couldn’t find any accurate statistics except for “hundreds.” In publishing, cookbooks also have two seasons; fall and spring. Depending on the subject, the publisher will decide when is best to release it. And for a variety of reasons – publishers fold one book division into another imprints, editors leave, etc. – or certain topics just fall out of favor.

At the risk of dating this post, at the moment, current popular topics are gluten-free, paleo diets, and slow cooker recipes. (If you write a book that encompasses all three, you’ve hit the trifecta.) One trend that did come along, and stayed with us for a while, was low-fat cooking and baking. Then it kind of faded away as other topics grabbed the public’s interest and that genre of book faded away.

(Recent studies have shown that fat isn’t necessarily the demon that we once thought it was and certain types of fat in your diet are fine. While I like fat, I don’t need to eat an overload of it. Except when it comes to cream cheese frosting. Then all bets are off.)

One person that was ahead of several curves is Alice Medrich. Alice was one of the first people to introduce top-quality bittersweet chocolate truffles, cakes, and other treat to Americans, with her legendary bakery, Cocolat (which is now-closed), and a string of spectacular cookbooks. So when Alice writes something, it’s worth taking notice.

Alice just came out with a fantastic new book called Flavor Flours, for those interested in experimenting with baking with different kinds of grains and flours, such as corn, teff, chestnut, buckwheat and coconut. Like all of her cookbooks, this is a great baking book — period. And not just for those avoiding wheat flour. But for anyone interested in experimenting with different flours, exploring the delicious dimensions they can bring to desserts, this is the book for you. I’ve bookmarked the Buckwheat Gingerbread, Seed Crackers, and Cocoa Crêpes Filled with Chocolate and Walnuts, because I’ve always admired chocolate crêpes from afar – what’s not to like? – but never gave them a go in my own kitchen. 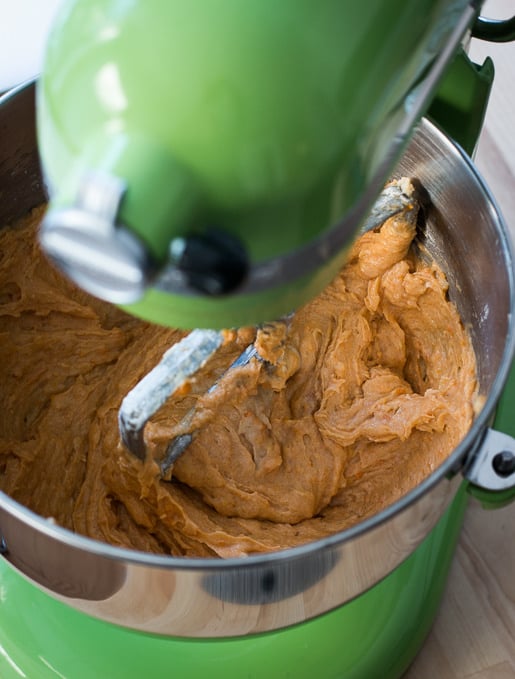 People are often surprised when I tell them that one of my all-time favorite baking books is Chocolate and the Art of Low-Fat Desserts by Alice, which unfortunately is one of those books that has gone out of print. (You can find used copies on Amazon and AbeBooks.) But don’t let the name turn you off; this isn’t a book that apologizes for the lack of anything.

There are multi-layered chocolate cakes with cream, butter, and dark chocolate, in quantities moderated so you don’t have to feel like you’re missing anything when you take a bite. The buttermilk pound cake is long-time favorite recipe from the book, as are the chocolate chip biscotti. And like Flavor Flours, this book isn’t about apologies, but presents opportunities to play around in the kitchen, this time toning down the butter and eggs, and using other flavors to dial up the desserts. 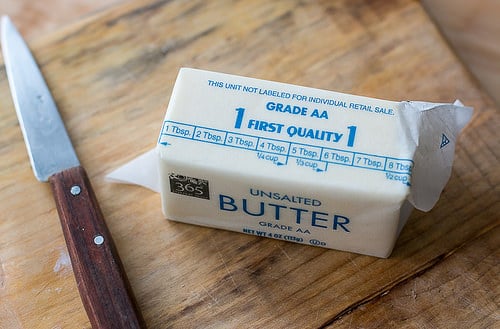 Hanging around in the back of my computer, I found an old blog entry that I started back in 2005 to share her recipe for Apricot Yam Loaf, which shows off this technique well. Flavorful, tangy apricots (I use the California ones, which are more tart than other varieties) are embedded in a colorful batter made with vibrant sweet potato puree. I actually had to dial down the saturation with photo editing software when I snapped a shot of my cooked sweet potatoes because I was concerned that no one would believe me how brilliant the flesh actually. 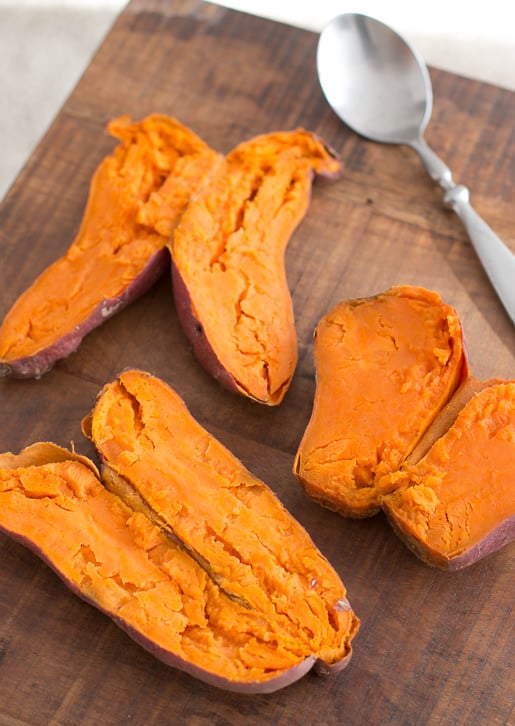 The apricots get plumped in vermouth, then baked up in a loaf with a handful of nuts, resulting in a cake that’s low(er) in butter and eggs than traditional cakes, but packed with beta carotene, courtesy of sweet potatoes, which gives the taste a rich, buttery crumb as well. Can you tell how much I love it? 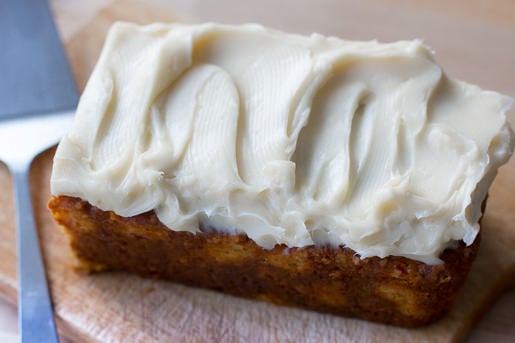 Adapted from Chocolate and the Art of Low-Fat Desserts by Alice Medrich In the United States, most of what are labeled yams are actually sweet potatoes, including the orange beauties that I bought, which I am sure are botanically sweet potatoes. Because there’s enough confusion in my life, my strategy is simply to go to the market and pick out the ones that have the most vivid orange-colored flesh, and use those. Another thing that confounds people, myself included, are recipes that call for “sticks” of butter as a term of measurement. Having baked professionally in restaurants, if we had measured butter in terms of “sticks,” we would have spent hours unwrapping sticks of butter all day long. Even though I know they are 4 ounces (about 115 grams), it’s hard to wrap my mind around them. However, when you’re embarking on a baking project and your scale seems to have gone missing, you appreciate those sticks of butter with their little marks that tell you how much to lop off if you need, say, 4 or 6 tablespoons. So for the scale-less, maybe we need to start showing a little more love to those buttery sticks? I usually oven-roast sweet potatoes since it concentrates their flavor. So if you have the oven going for something else, you can prick them a few times with a paring knife, wrap them in foil, and bake until they are tender all the way through. (It’ll take about 45 minutes in a 400ºF/200ºC oven. When done, a knife should go all the way through, meeting no resistance.) Because I wasn’t planning on using the oven, I cooked the sweet potatoes in a microwave oven. Simply prick each 5 or 6 times with a paring knife, place them on a paper towel, and microwave them at high power for 5 minutes. Carefully turn them over then microwave for 3 to 5 more minutes, until they are cooked all the way through. Alice peels and cuts hers into chunks then simmers them in a saucepan with water, until tender – about 15 minutes, then drains them well. Press the pulp through a mesh strainer, potato ricer, or puree in a food mill or food processor. You can also use unsweetened canned pumpkin or sweet potato puree. Note that the recipe calls for sifted flour. The best way to measure it is to put a 1 cup dry measuring cup on a piece of parchment paper, and sift the flour into the measuring cup, sweeping the top with a knife or flat spatula to level it. Leftover flour on the parchment paper can be dumped back into the flour container. I baked my two loaves in 8-inch (20cm) foil loaf pans, because my regular loaf pans are somewhere else, along with my scale. You can also bake the cake batter in one deep, large 9-inch (23cm) loaf pan, although the result will be a hefty, dense loaf. It does turn out better if baked in two loaves. (You could also bake it in two 9-inch loaf pans. The cakes will be a little more squat, but will taste delicious.) I would imagine it could be baked in one bundt pan or regular cake pan. If so, bake the cake until a toothpick inserted into the center comes out clean.

For the cream cheese frosting:

Storage: Since the recipe makes two loaves, you can freeze a cake (without icing) if well-wrapped in plastic, for up to two months. If you only want to ice one cake, simply cut the cream cheese icing recipe in half. The cakes will keep for up to five days at room temperature but once iced, should be refrigerated if you plan to keep for more than one day. Note: While I love the cream cheese frosting, the cake is excellent without it, too.
Pin657
Share52
Tweet
709 Shares